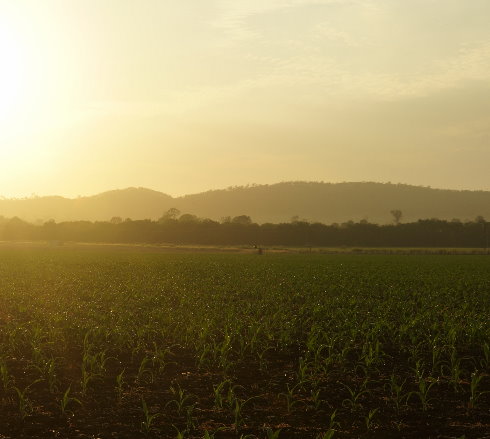 This is Bremer Valley

OGL Resources Limited is planning to re-open the Ebenezer open-cut coal mine in Queensland's Bremer Valley.  It then plans to expand this mine across the enormous Bremer View mining development lease - impacting up to 400 farms, and residents of Rosewood, Ipswich and Brisbane.

The mine will produce 3 million tonnes of coal per year, requiring transport by truck and rail.  Coal trucks will drive through Ipswich and Brisbane every 8 minutes, leaving behind a trail of coal dust.  Breathing in coal dust can cause stroke, heart attacks, lung cancer and respiratory problems. OGL plans to export the coal on ships from Brisbane - they intend to develop a new coal port at Pinkenba, and to expand the coal port at Fishermans Landing.  This will bring dangerous coal dust and trucks into to the city, and will involve an enormous 9m high coal stockpile right next to the Brisbane River.

The local area surrounding the town of Rosewood has already felt the ill effects of coal mines from two existing mines that adjoin the town - Jeeberopilly and New Oakleigh.  Farms have had to be abandoned, excessive mine noise and light at all hours of the day and night has destroyed quality of life, and the health of nearby residents has deteriorated.

But the scale of the Ebenezer/Bremer proposal completely dwarfs the existing mines.  The Bremer View mining lease area covers more than 23,000 acres of agricultural land.  The mine may affect up to 400 farms in the area, some directly and others indirectly. Some of these farming families have lived in the area for over a hundred years. The Bremer Valley is home to some of Queensland’s best agricultural land, with cattle grazing, cropping and hobby farms all under threat from the OGL proposal. Other local businesses, including an award-winning tourism operation, would also be threatened by the impact on what is an otherwise picturesque rural environment.

OGL plans to mine the Bremer River floodplain and may even cut through the Bremer River with the open cut mine expansion. This river flows through Ipswich and feeds the Brisbane River, and will undoubtedly be polluted and damaged by the mine. The mine will also impact the water tables. The community’s water supply has already been threatened by mining. According to local landholders the underground water tables have dropped by 4 metres in some places as a result of the existing Jeebropilly open cut mine.

Local wildlife is also at great risk - with an important Koala population that will be severely impacted by the destruction of habitat from the Ebenezer/Bremer View mine.

The community is standing up to say no to this open cut coal mine expansion. Lock the Gate Alliance is working together with landholders and the local community to engage and educate people in the Bremer Valley, Ipswich and Brisbane about the impacts of the mine. Through public forums, media coverage and community outreach, we plan to build enough public opposition to stop OGL ruining the Bremer Valley.