Report by the Australian Network of Environmental Defender's Offices (ANEDO), 2012 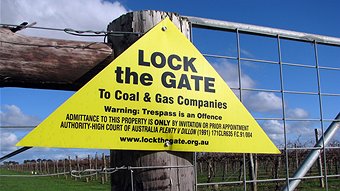 Specific recommendations to implement each of the above reforms are summarised below.

Similar to existing precedents for food related Commonwealth legislation (such as the Food Standards Australia New Zealand Act 1991), we recommend:

Draft new legislation to address the current regulatory gap in terms of protecting land for food production. The new Act would include 4 key purposes:

Schedule 4 of the IGAE explicitly states that an agency of the Commonwealth is responsible for developing National Environment Protection Measures for air quality, water quality and so on. These measures are to be tabled in the Commonwealth Parliament for disallowance,[i] while legislation is to be passed ensuring that the measures apply in each jurisdiction.[ii] Thus there is scope for the Commonwealth, in consultation with the States and Territories, to develop more stringent, binding measures. The following recommendations for national reform could therefore be undertaken on air pollution drawing on the existing NEPC and NEPM cooperative model, and underpinned by constitutional powers including in relation to regulating corporations and implementing international standards (external affairs).

The following recommendations for national reform could be undertaken by way of intergovernmental agreement.

Amend the Customs Act and associated regulations to prohibit the export of coal or unconventional gas from designated areas that are important to Australia and threatened by extraction for exports. Designated areas should include:

Amend the EPBC Act in the following ways:

Amend the National Greenhouse and Energy Reporting (NGER) Act in the following ways:

Amend the Clean Energy Act to include require accounting for Scope 3 emissions by:

Management, regulation and protection of Australia’s biodiverse and resource-rich environment has given rise to a unique set of legal challenges, not least of all because the Constitution of Australia does not expressly empower the Commonwealth to create environmental or resource management laws. The Commonwealth may only pass laws based on ‘powers’ specified in the Constitution. This means that certain areas may only be regulated by the States and Territories. These powers have been broadly interpreted by the High Court so as to afford the Commonwealth increasing scope to legislate in areas that were once thought to be the sole domain of State and Territory Parliaments. Since Federation in 1901, successive Australian governments and the High Court have examined, defined and redefined the complex relationship between States’ rights and Commonwealth legislative powers.

It is now clear that the Commonwealth may rely on a range of constitutional ‘powers’ to create laws to manage our environment in accordance with the principles of ESD.  It is also clear that they may regulate coal mining and unconventional gas development in order to protect Australia’s unique natural heritage and food producing land.

In addition to unilateral Commonwealth legislation based on these five Constitutional powers, there are a number of cooperative processes that can and have been used to determine responsibility for natural resource management in Australia. Federal policy coordination and the development of agreements through COAG should be used in relation to strengthening regulation of coal and unconventional gas mining in Australia to ensure such activities are consistent with ecologically sustainable development.

There is therefore no strictly legal impediment to implementing the 10 areas of law reform recommendations contained in this report. Rather, inter-governmental cooperation and political will are necessary if the community’s expectations regarding regulation of these industries are to be met.

[iii] Australia is a party to a number of environmental treaties potentially relevant to assessing the impacts of coal and unconventional gas mining including:

[v] See for example Pellow v Umoona Community Council (AIRC, SDP, O’Callaghan, PR973365, 19 July 2006 in which it was held that trading activity amounting to 10.64per cent of overall activity was sufficient for the Community Council to be classified as a ‘trading corporation’ for the purposes of s. 51 (xx).