When Cecil Plains dry land and broad acre farmer Russell Bennie moved onto his property ten years ago, he found an unwelcome surprise.

“There was a plugged and abandoned exploration well that I wasn’t told about prior to purchasing the property,” he said.

“There was no legal requirement for the well to be disclosed, and there was no way for me to find out about it back then, despite the fact that I did all my due diligence before purchasing the property.”

The well was owned by Arrow Energy, back then just a small start up Australian company exploring for gas on the fertile farmland of Queensland’s Western Downs.

It’s this lack of respect for farmers that has people like Mr Bennie so worried now that the company has announced it will, after about a decade since it was first announced, begin work on its gargantuan Surat Gas Project.

Arrow, now owned by Shell and PetroChina, recently announced it had green lighted stage one of the $10 billion project, which will mean about 600 new coal seam gas wells will be drilled on the Western Downs.

If the project reaches completion, it will pockmark farmland and forest between Millmerran in the south west to Wandoan in the north west, with about 2500 CSG wells stretching across a distance of about 230km.

The announcement was welcomed by Queensland’s Palaszczuk Government as a “job creator” on a Friday afternoon in mid April.

Predictably, the Queensland Resources Council similarly celebrated the project getting the green light. But it was comments by QRC boss Ian Macfarlaine that really got Mr Bennie’s back up.

That’s because, in 2013, that same Mr Macfarlaine, then the local LNP Member for Groom, stood up in front of Cecil Plains farmers and told them, “you don’t extract coal seam gas and you certainly don’t mine this sort of country unless the farmer says you can”. 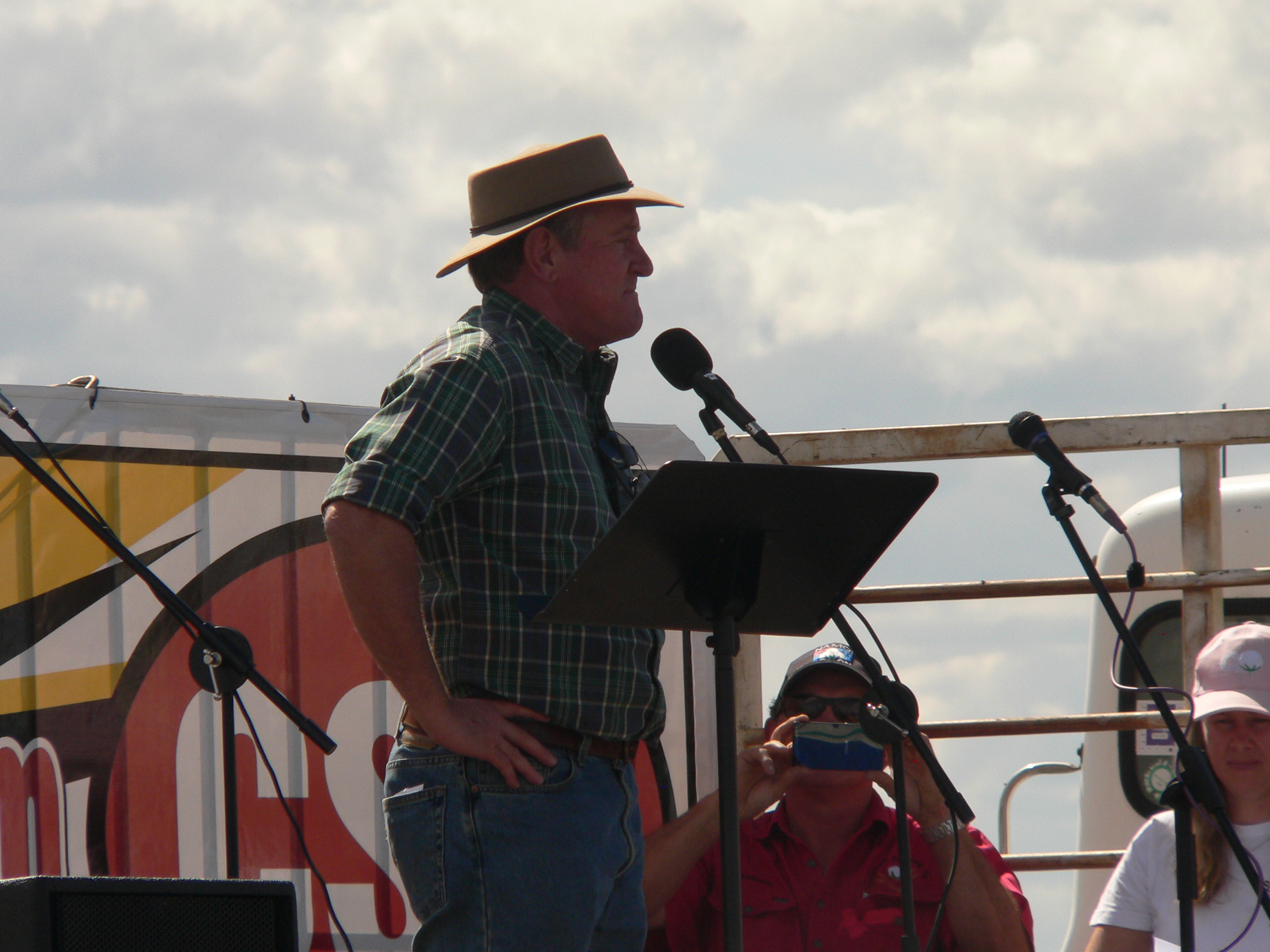 Mr Bennie said he was disappointed, but not surprised by Mr Macfarlane’s actions since 2013.

“I was at the meeting when he said that and I recall him saying that,” Mr Bennie said.

“As soon as he joined the Queensland Resources Council it was clear that he’d sold out.

“This is typical of the vast majority of politicians we’ve ever struck. We started this process under Anna Bligh and she sold us down the river as well.”

The fight against gas has simmered for more than a decade on the Western Downs, with Cecil Plains among the communities where fierce rallies and tense meetings have occurred, with many farmers vowing to lock their gates. 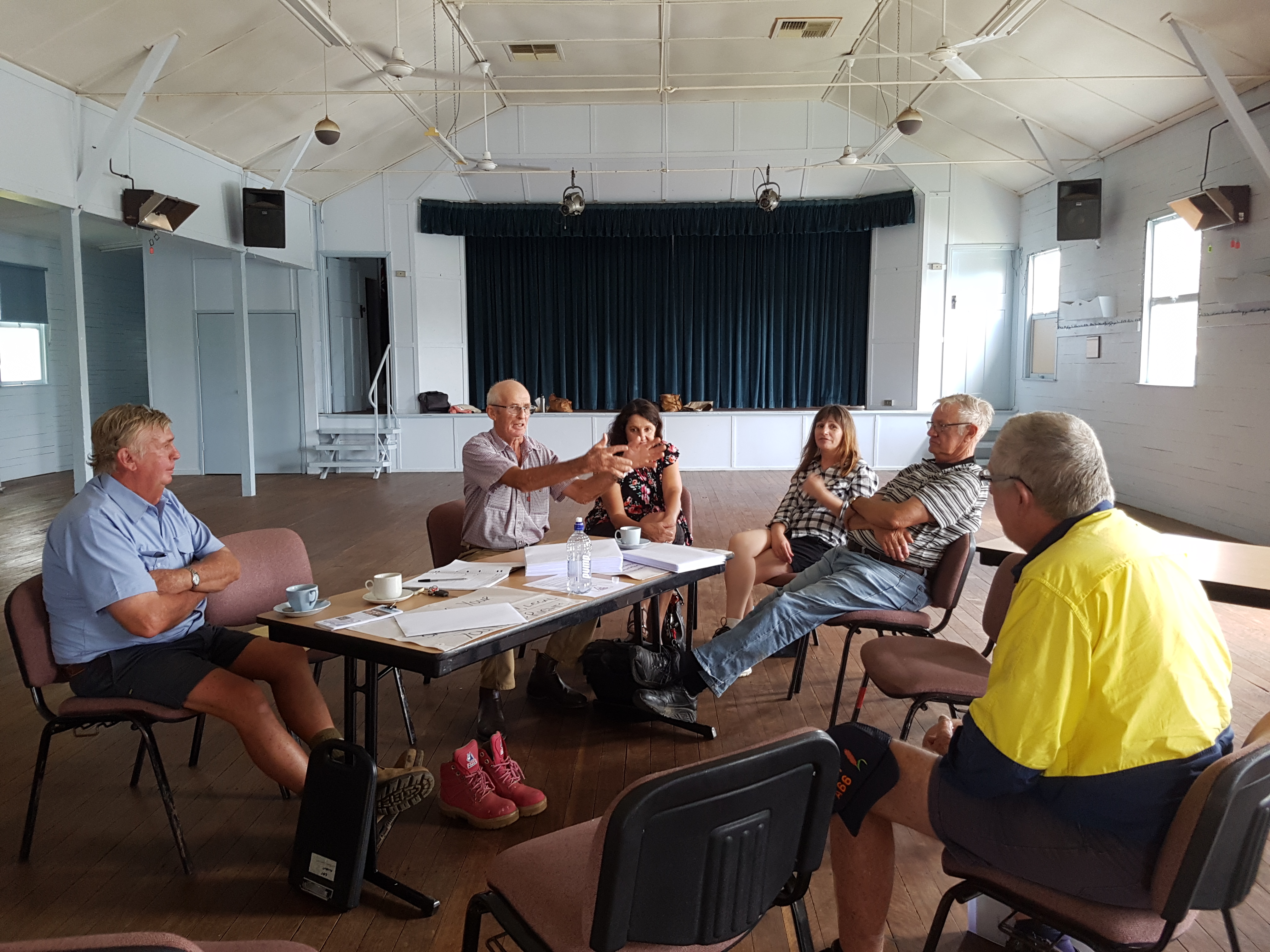 Lock the Gate Alliance Queensland spokesperson Vicki Perrin said it was disgraceful how successive state governments had allowed gas companies to run roughshod over the rights of landholders.

“This is why we urgently need the Queensland Government to restore the balance between farmers’ rights and mining rights by changing the Regional Planning Interests Act so prime agricultural land, like that which exists at Cecil Plains, is permanently protected,” she said.

“The farmland here is simply too precious to sacrifice to CSG development.

“We know, based on the expansion of the industry in the rest of the Western Downs, that water bores will dry up, and there will be an increased risk of chemical contamination within the aquifers and surface water.

“The CSG industry also produces a massive amount of salty, toxic waste. Right now, there is a battle to stop some of that waste being dumped at the headwaters of the Murray-Darling River System near Chinchilla.”

Fellow Cecil Plains landholder Leanne Mengel said there were major concerns with how Arrow Energy conducted itself when the company first approached landholders in the area.

“It was clear they didn’t understand the huge impact their proposal would have on our soils, farming systems and our groundwater source the Condamine Alluvium. Their attitude to landholders and reliance on their legislated rights was upsetting. There was a lot of opposition, and a lot of community people voiced their concerns,” she said.

“That was 10 years ago and we’re thankful that community opposition slowed down the rapid expansion of the gas industry that was initially planned in the Cecil Plains area.

“While there is tenure over our properties no gas companies are operating in our area at present. I am concerned however about the people on the front line who will have Arrow approaching them to discuss access agreements.

“Since hearing about Arrow Energy’s final investment decision, I’m reminded of my disappointment and frustration with past and present Queensland Governments.

“They sold Queensland’s gas resources to foreign governments, then sold tenure over our farms to foreign multinational companies and have given them access to our land and the right to take and interfere with our groundwater.

“While there have been various attempts at land and water protection by making the companies jump through a few extra hoops or setting up an overseeing body in the Gasfields Commission, the intended outcome is always the same – gas companies have access to our land.

“To be fair, Arrow have made attempts to gain a social licence and have a better understanding of our soil type, farming systems, and the Condamine Alluvium, but until we actually see them operating on the floodplain it really is an unknown how big of an impact CSG will have on our land, businesses and families.” 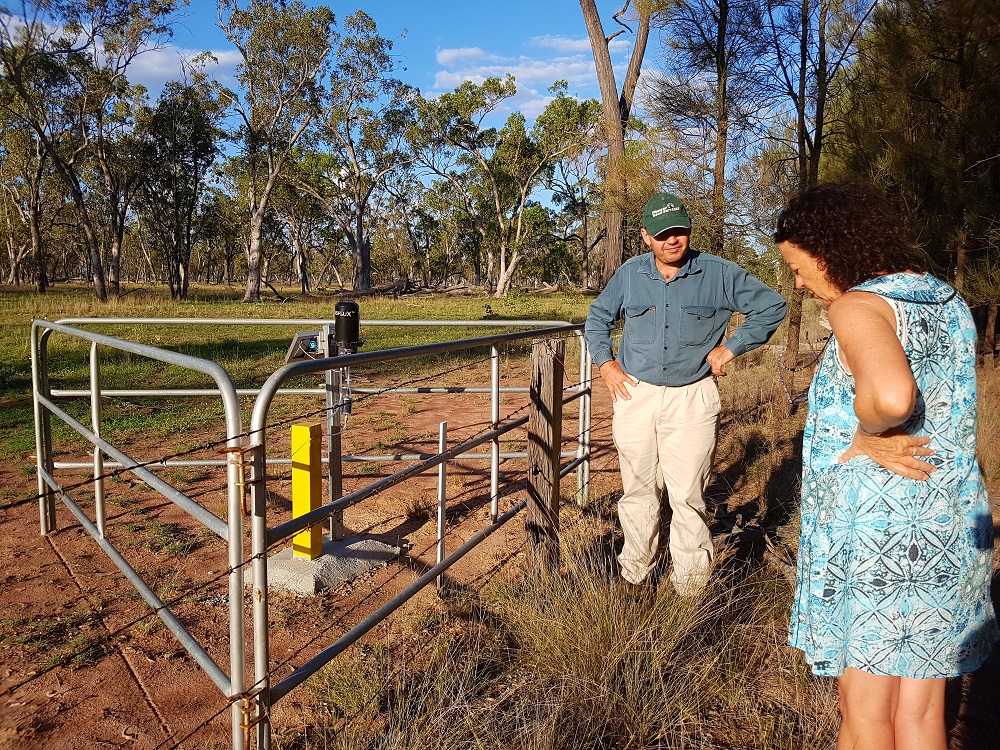 As far as Mr Bennie is concerned, the self-regulatory system in place for CSG in Queensland means the “fox is in charge of the hen house”.

He pointed to a Queensland Audit Report released earlier this year which found the Palaszczuk Government had essentially lost track of how the CSG industry was being regulated.

“I wanted independent testing and independent evaluation of bores on my property and Arrow said no, and there’s not much else I can do, because unfortunately the law is on their side.”