A coal dust conga line is on its way along the coal train line of South-East Queensland to increase awareness of the damaging health effects of coal dust, including Black Lung disease impacted Queensland miners.

Members of Clean Air Ipswich Region (CLAIR) and Clean Air Queensland (CAQ) set out Friday morning, gathering other concerned residents to conga their way along the Ipswich train, through Brisbane suburbs to Wynnum near the Port of Brisbane. 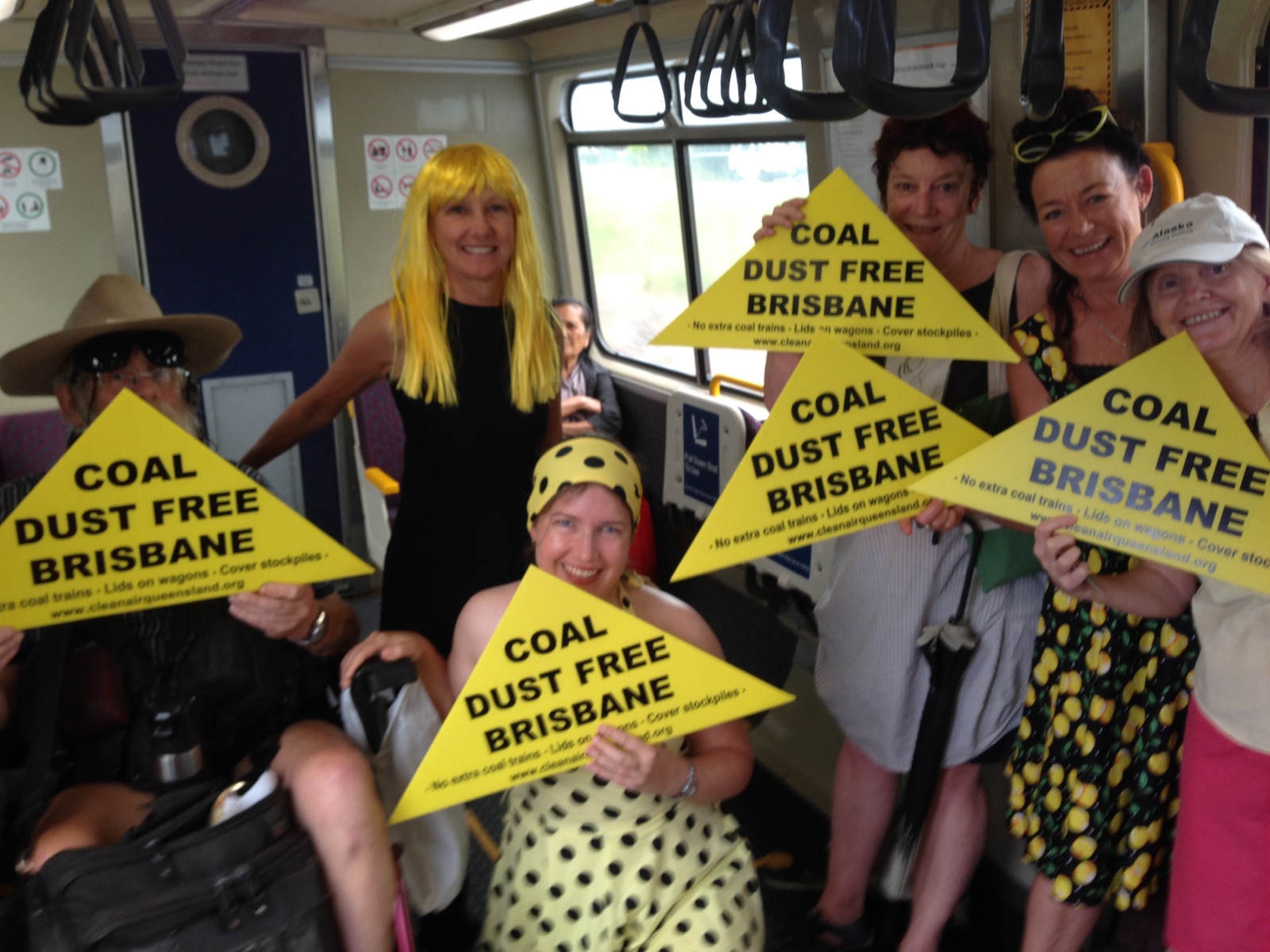 CAQ spokesperson Julie Devine said uncovered coal trains every day travelled through Ipswich and other urban areas to the Port of Brisbane, spewing coal dust over people, their houses and businesses.

“We have huge concerns for people living on this coal dust corridor especially in light of the news that Queensland miners are dying of Black Lung disease,” she said.

“The World Health Organisation says there is no safe level of exposure to coal dust and yet 40,000 children attend schools and day care centres within a kilometre of train lines that carry uncovered coal trains.

"The State Government should demand that mining companies are made to cover the coal wagons and protect our health. Surely that’s not too much to ask?”

“We should not be endangered people’s health, especially young children and those with respiratory problems, just so a mining company can make lots of money for itself.”

Around 77 per cent of the royalties from New Hope mines are paid to themselves, not the people of Queensland.