Film Screening 'Coal - is it worth it?' 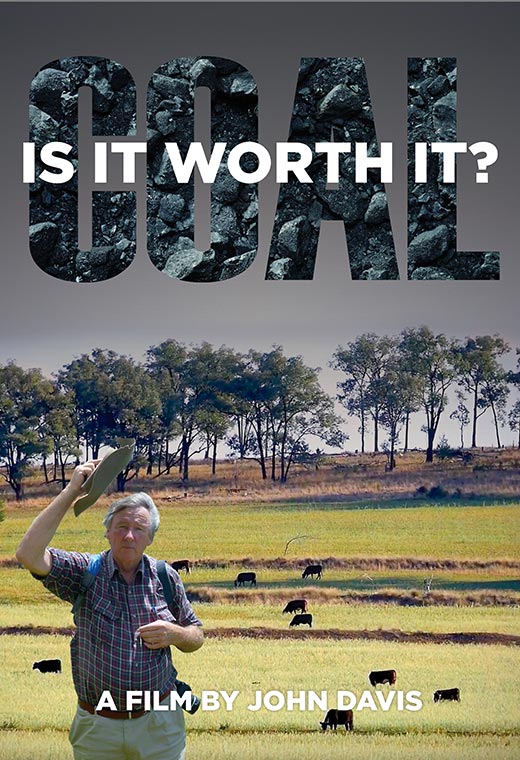 'Coal - Is It Worth it?' is a new documentary by veteran filmmaker John Davis who tragically died in a helicopter crash while trying to expose damage caused by coal mining.

His family and friends completed the film in his memory.

The film shows the effect of coal on the land and air we breathe. It depicts the destruction caused by invasive coal expansion near our farms and forests.

It also documents some of the inspirational people who have dedicated their lives to stop this destruction of our environment.

Some of the best experts in the field of climate change, give us hope and knowledge to save the climate for future generations.

The film screening will be followed by a talk by guest speakers Felicity Davis and Warwick Pearse.

Felicity Davis is the director of the film and wife of the late John Davis.

Warwick Pearse a resident of the Bylong Valley, who has held a number of senior government and academic positions in Australia.

He was the foundation Director of the National Industrial Chemicals Notification and Assessment Scheme (NICNAS), and he also has extensive experience in public health and health services, He will talk a bit about the situation in the Bylong Valley and how Kepco coal mine expansions threaten the beautiful valley.

This is free public screening light refreshments will be provided.