Come along to the Northern Beaches Coastal Environment Centre on Tuesday 6th December at 7 pm to hear Tim Buckley from IEEFA about the economics behind coal exports and extraction in Australia. RSVP now as we have limited seats.

Tim Buckley is the former head of equity research at Citigroup and is one of a new breed of climate change activists. He isn't entirely opposed to coal but he believes investing in costly coal export projects no longer makes sense.  Buckley now works for the Institute of Energy Economics and Financial Analysis or IEEFA. One of his projects is demonstrating why spending $40 billion on coal mines and infrastructure in QLD's Galilee Basin doesn't make financial sense. 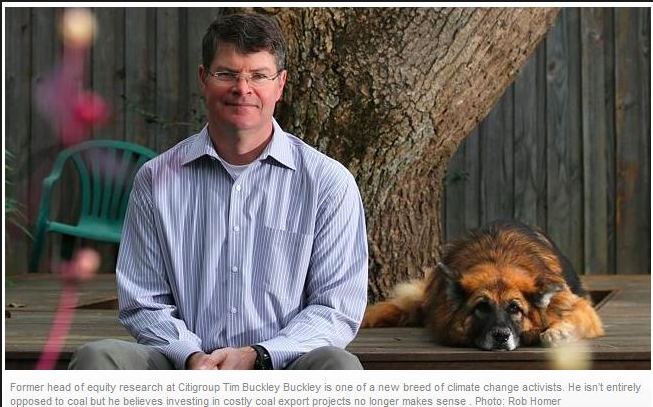 Come along to the Northern Beaches Coastal Environment Centre on Tuesday 6th December to hear from Tim Buckley. RSVP now as we have limited seats.

Note Tim will be speaking after being invited by the Northern Beaches Environment Alliance and Lock The Gate Alliance. Tim is an independent economist who is representing IEFFA he is in no way a representative of NBEA or LTGA.

For more information on IEEFA check out their website here.