Farmers in north-west NSW have today launched legal proceedings to force CSG company Santos to produce all of the information it holds relating to possible contamination of two water bores on a farmers property, south of Narrabri.

In 2012, a farmer whose land adjoins a Santos CSG site, found that his household drinking bore had turned foul and he has not been able to use it again.  Another bore on the property, closer to the CSG site, has also shown effects of possible contamination. 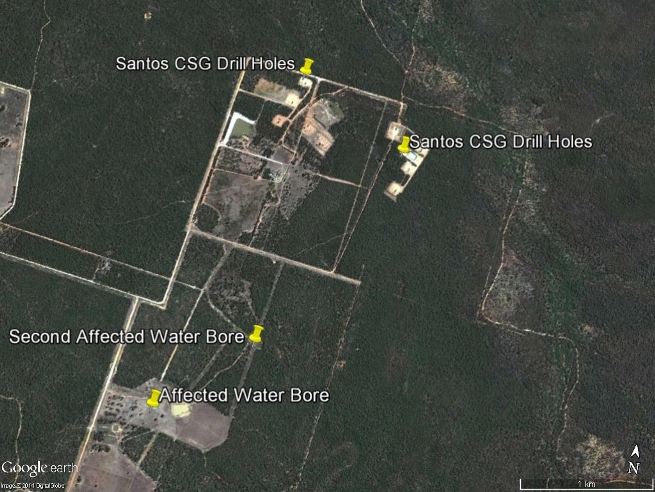 Farmers in the area have been searching for answers ever since and have approached Santos repeatedly to provide all of their water monitoring data in the area, but have received very little information or assistance.

“Our client is seeking a court order requiring Santos to furnish any data, documentation or other information relevant to potential groundwater contamination on the property near Narrabri,” said EDO NSW principal solicitor Sue Higginson.

David Quince, a farmer on the Liverpool plains and chairman of the MGPA, said  his group was seeking to uncover important information about Santos CSG activities in the region using legitimate court procedures.

"We believe there is a case that CSG activity has caused this groundwater pollution incident, however we are missing a few vital pieces of information.

"We're disappointed that it has come to this.  We've been left with no choice because all other avenues of obtaining information have been exhausted, and it is vital that we now get enough information to assess the impact ofSantos activities on groundwater resources.

"We have been driven to this action as a result of the secrecy employed by Santos and the disinterest shown by the NSW government.  We are acting now out of our deep concern for the future of groundwater in our region and the major risks posed to it by CSG drilling.

"The recent revelations surrounding a separate pollution event, where Santos CSG activities in the nearby Pilliga forest have contaminated groundwater with uranium at levels 20 times drinking water standards, has added to the urgency of our action.

"We're gravely concerned for the future of farming in our region and our ability to produce clean, high quality food and fibre for the people of Australia" he said.

Santos History in the Narrabri Region