Farmers to defy big polluter Santos, whatever the government does

Grain farmers Mark Robinson and his wife Cherie never thought that, at 52 years of age each, they’d be protesting in an attempt to stop a gasfield.

But, at the height of the farmer led protests against Santos’ destructive Narrabri coal seam gas project, both found themselves at the front line in the Pilliga Forest. 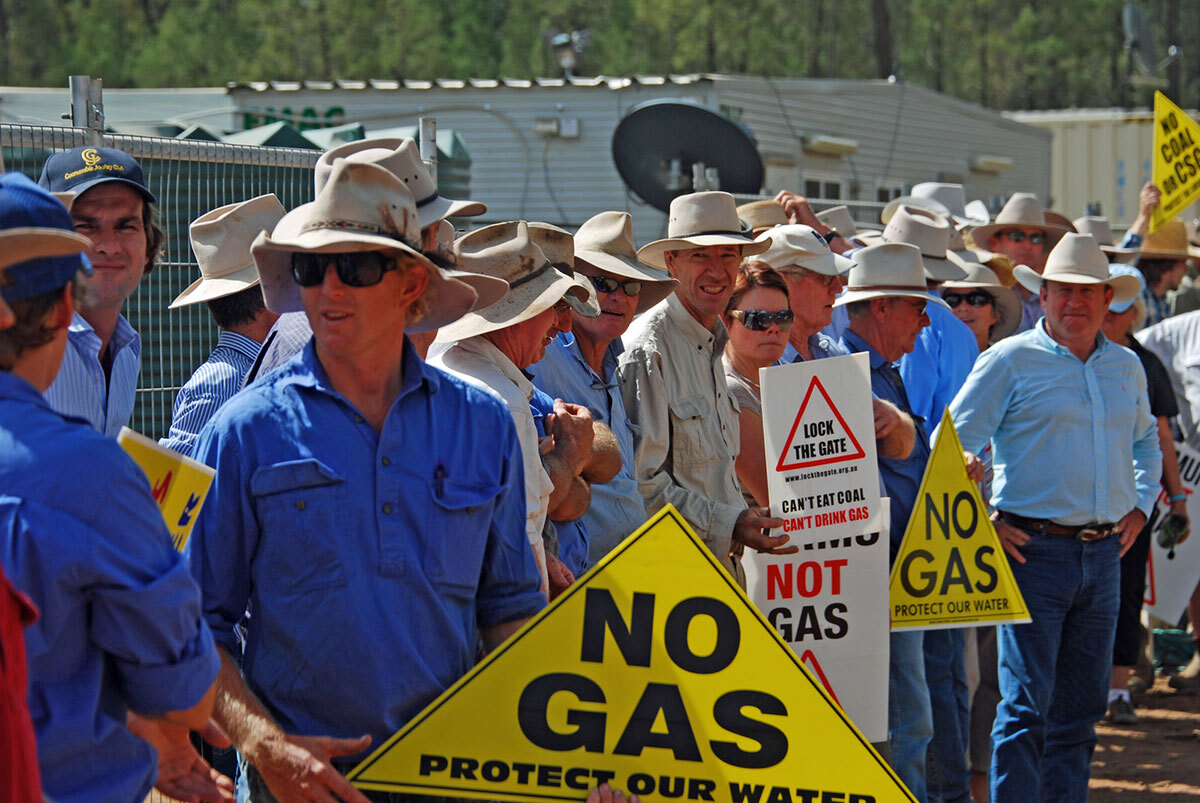 Santos wants to drill 850 coal seam gas wells on Gomeroi/Gamilaraay Country in the NSW north west, drilling into the Pilliga Forest and nearby farmland, puncturing and potentially contaminating the waters of the Great Artesian Basin deep below the soil.

It was this destruction of land and water that convinced the Robinsons they needed to take action into their own hands.

“We weren’t expecting to become activists at that stage of our lives,” Mr Robinson said.

“It wasn’t for something soft and cuddly either - this was pretty heavy stuff - but we thought a mining company had no good reason to be there, risking the environment, the groundwater, and air quality.

“We just wanted to highlight that farmers were involved for very valid reasons, we wanted to protect water and we didn’t think the project was worthy of going ahead.”

That was six years ago, and the communities of the north west have spent the intervening years patiently surveying community attitudes and doggedly opposing Santos’ full scale production gasfield in the planning process.

The Country Women’s Association too has been a formidable force in its staunch opposition to the project, rallying members, contacting media outlets, and engaging in direct lobbying of politicians for the protection of water and rural communities.

And despite the NSW Government pulling out all stops to try to fast track the project, Santos has dragged its heels.

The State Government even went so far as signing an MOU with the company in 2014 in an attempt to rapidly develop the gasfield and have it declared a strategic energy process, but Santos failed to meet the deadline for lodgment of its environmental impact statement.

“It’s my hope that we’ll look back at that moment and see it as a turning point,” said Lock the Gate’s NSW spokesperson Georgina Woods.

“Santos’ delay and the delays brought about due to resistance from a whole host of community groups including the North West Alliance, Gomeroi/Gamilaraay traditional custodians, North West Protection Advocacy, Groundswell Gloucester, and folks from the Northern Rivers, Sydney and the Illawarra has brought us to this point where investors are really nervous about gas.

“As well, people are far more aware of the climate change impacts and are less willing to make the social and environmental trade offs that CSG demands for quick bucks.” 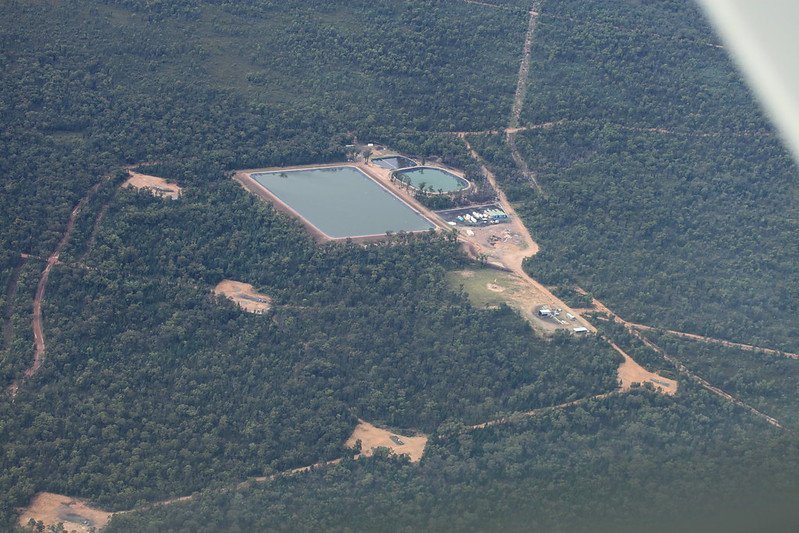 This week it nearly all came undone for Santos, with Independent MP Justin Field introducing a CSG Moratorium Bill to the NSW Upper House and securing the support of Labor, the Shooters, Fishers, and Farmers Party, and the Animal Justice Party.

In an extraordinary move, the Berejiklian-Barilaro Coalition Government brought the debate forward and used its two MP majority to reject the Bill in the Lower House the very next day.

But not before an epic debate in the Parliament that resulted in government MPs isolated in their support for CSG and exposed as having failed to deliver the promised “world class regime” for CSG regulation recommended by the state’s chief scientist more than five years ago.

So the assessment process grinds on, and any day now, the Department of Planning is poised to hand down a recommendation on whether or not the gasfield should go ahead. It will then be up to NSW’s Independent Planning Commission to make the final decision.

Naturally however, those who fought the earlier battles remain determined. They’ve vowed to once again do what’s necessary to protect land and water.

Ms Woods said the level of opposition to the gasfield was a result of what had happened elsewhere in the state, like the fight to protect Bentley in the Northern Rivers, and further north in Queensland, where the industry was effectively able to establish itself before communities really knew what was happening.

“In order to confront and stop this industry in the north west, people have educated themselves and stepped outside their comfort zones,” she said.

“They have gone into the Pilliga and reviewed exploration wells and found breaches that the authorities haven’t found. They have travelled to Queensland to see the impact of the industry on communities, to Sydney to brief investors.

“They have worked with people from diverse backgrounds who they might not otherwise have met - people have pushed the boundaries in terms of what they can and can’t do like locking onto equipment to stop drilling going ahead.”

Another farmer who’s been at the forefront of the battle is Coonamble local and President of the Artesian Bore Water Users Association Anne Kennedy, who, like so many others, finds it difficult to believe a project that could threaten precious water supplies is even being considered, let alone during a time of such severe drought.

“During the height of the drought, there were towns who relied on nothing but bore water for months, so it really drives home how important it is that we protect our groundwater,” she said.

“If Santos’ planned gasfield goes ahead, its impacts on underground water resources upon which our communities depend will last for centuries.

“If we lose the groundwater, we have no other water here. This is such a scary thought because so many properties would simply be uninhabitable.”

As D-Day looms nearer for Santos’ project, that wide cross section of people who came together to protect land and water six years ago are closely watching on, and doing what they can to convince the NSW Government that Santos’ project should be rejected, once and for all.

But, if that doesn’t happen, they won’t be walking away.

“I just can't believe I have to do this, we’re farmers trying to do the best we can to feed everyone and we’re getting overrun by a mining company that will render our farms utterly useless,” Mr Robinson said.

“The fact is this is environmental destruction at a most basic level.” 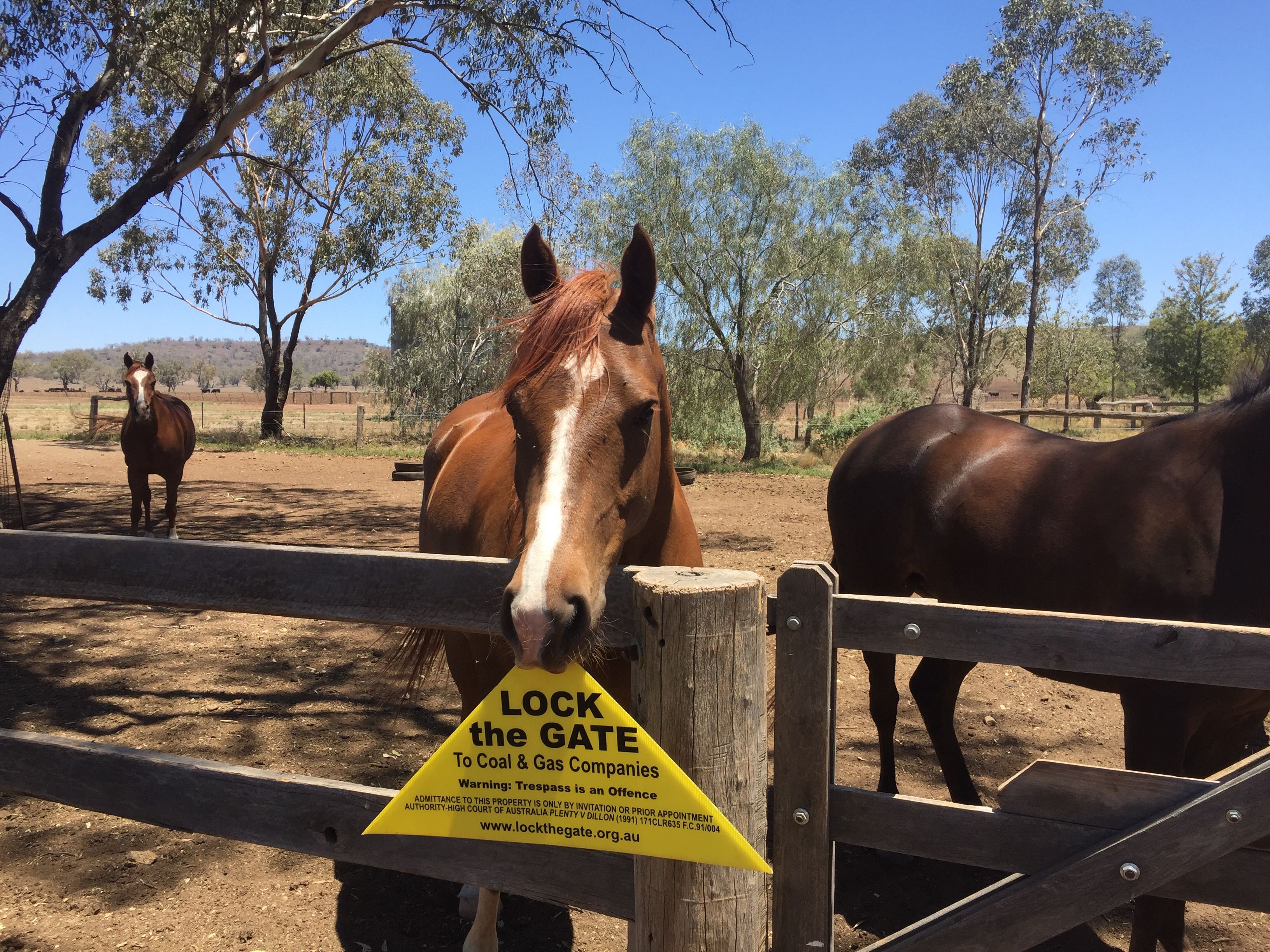