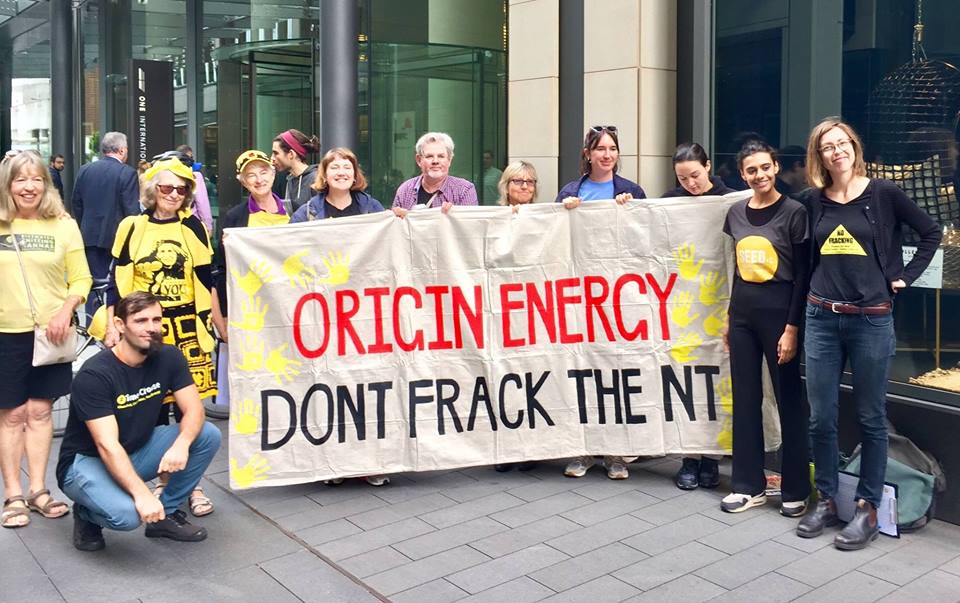 Did you know that Origin Energy is proposing to frack in the Northern Territory? With the moratorium on fracking lifted, there is now a live threat of exploration fracking kicking off in just a few months, putting land, water and communities at serious risk.

Traditional Owners from the region targeted by Origin’s fracking are saying clearly that there has not been proper consultation, and they want to protect their country from fracking.

Can you help get the message out?  With so much at risk, we are heading to Origin Energy’s Sydney office each Friday to have powerful conversations with Origin’s employees about fracking in the Northern Territory and the impacts on climate.

Can you join Lock the Gate, Seed Indigenous Youth Climate Network (SEED), Australian Youth Climate Coalition (AYCC) and other allies at these events to be held every Friday at 7.30 am - 9 am? We will be handing out flyers to Origin Staff who enter the building and engage in meaningful conservations staff who are unaware and or concerned about fracking and climate. Please RSVP below.