How the west will avoid the frack attack: gasfield free declarations

It was the sheer injustice of the announcement that upset Woodridge local Jenny Walker the most.

The retired hospitality and finance worker said she was left feeling like a second class citizen when in late 2018, the McGowan Labor Government revealed it would protect 98 per cent of Western Australia from fracking.

But Woodridge, and much of the wider Wheatbelt region, didn’t make the cut.

“I was stunned,” Mrs Walker said.

“This is one of the biggest areas in the state for agriculture, horticulture, and tourism.

“Why would McGowan want to destroy that?

“I know we need resources to keep the country going, but they don’t need to frack.

“There are other ways to mine without destroying the land and water… we sit on a huge foodbowl and we don’t want that destroyed.”

Immediately behind Mrs Walker’s house is a large market garden, while a huge carrot farm surrounds her property. A little further away, there are avocado farms.

The region is an incredibly fertile horticulture and agriculture hub, yet just 15km from Woodridge, and 85km from the Perth CBD, sits a gas licence where fracking would be allowed to occur, should Mineral Resources decide it’s necessary.

That's why, on March 8 this year, Mrs Walker was among about 90 locals from Woodridge and nearby Caraban who came together to declare those communities within the Shire of Gingin "fracking gasfield free". 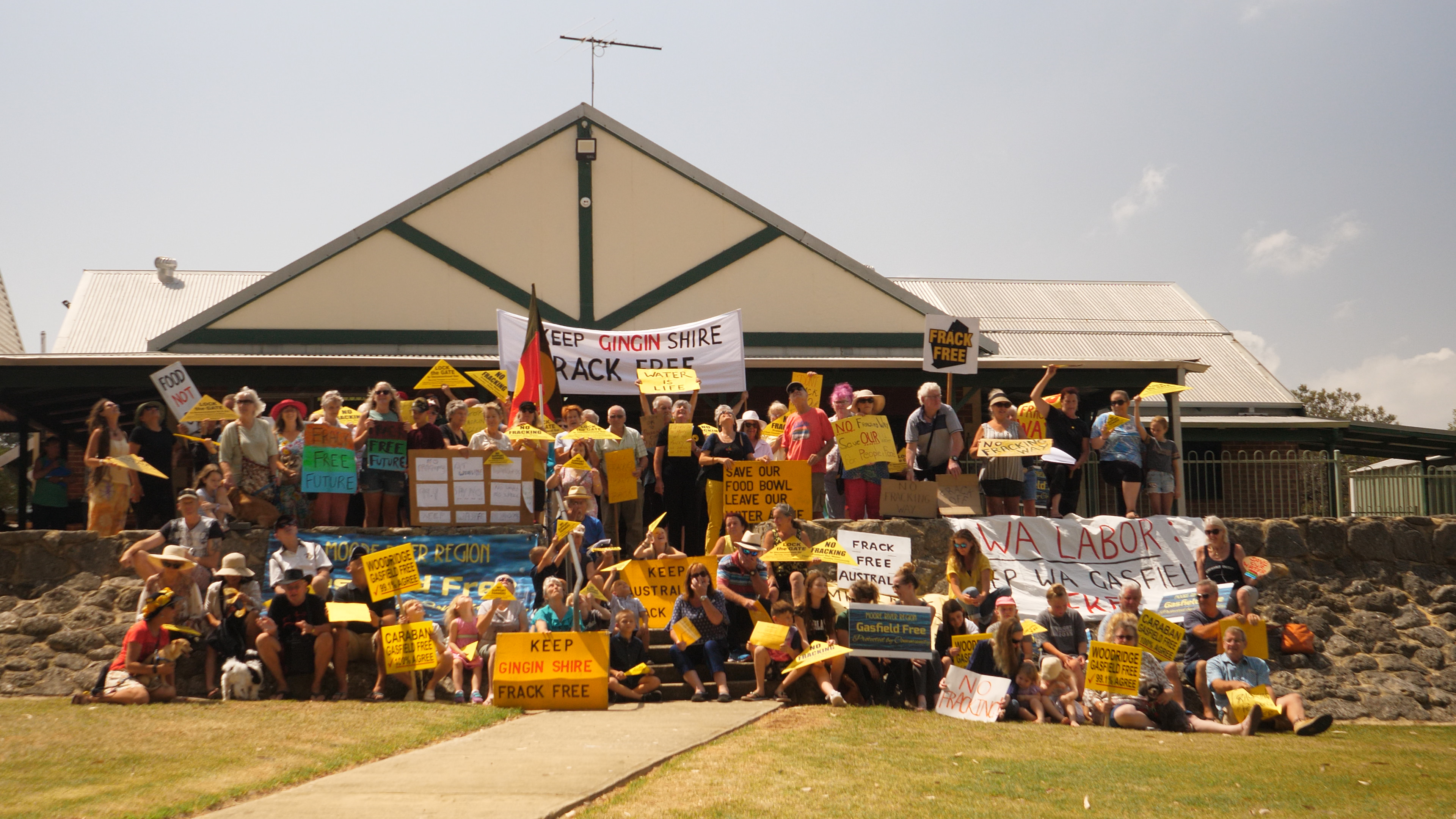 The declaration came after months of market stalls, door knocking, and other events, which resulted in at least 99 per cent of surveyed community members voting in favour of the declaration.

“It really brought the community together,” Mrs Walker said.

“The fact we got such a high percentage of people opposed… I think now they will continue the fight with us.

“That’s the biggest thing, it sends a strong message to our local shire, even though they supported us, as well as to State MPs and Ministers.

“It sends a strong message that the Shire of Gingin just doesn’t want fracking.”

The theory behind gasfield free declarations was born in the Northern Rivers region of NSW more than six years ago when that region successfully fought off gas company Metgasco.

In total, 147 communities there voted to become gasfield free. The declarations were part of a wider protest movement that eventually led to the NSW Government declaring the Northern Rivers off limits to unconventional gas.

In much more sparsely populated WA, 27 communities have so far declared themselves gasfield free, and the movement continues to grow.

Lock the Gate WA coordinator Jarrad Thomas said the declarations helped bring people together and sent a strong message to the fracking companies that they weren’t welcome.

“It’s all about taking away the social licence of a company to operate in a certain area,” he said.

“Every community is different, so different approaches are required. But what we always find is once we get through this, when they celebrate their declarations, people are really excited.

“It can be a long process sometimes, but it’s always a relief when it’s done.” 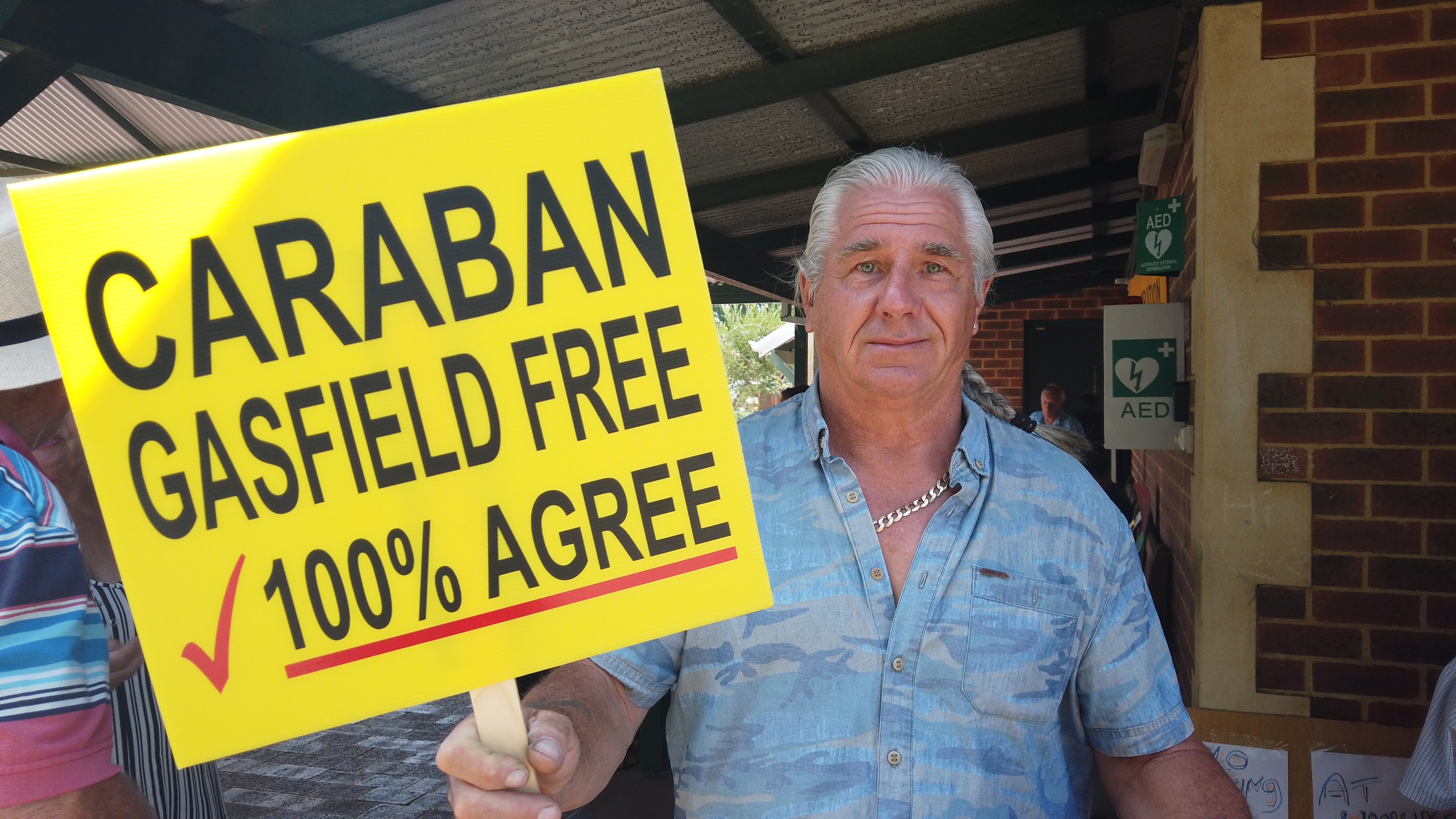 Mrs Walker said it had been a wonderful experience to bring the community together and see it stand as one in opposition to fracking.

“I was just overwhelmed by it all,” she said.

“It was a real message, to the government, to MPs, to people in positions of authority, that said the people of Gingin will continue to fight to ban fracking in Western Australia.”

To view a video of the declaration day, click here.