Call the Premier to protect the Plains

Make the call for the Liverpool Plains today 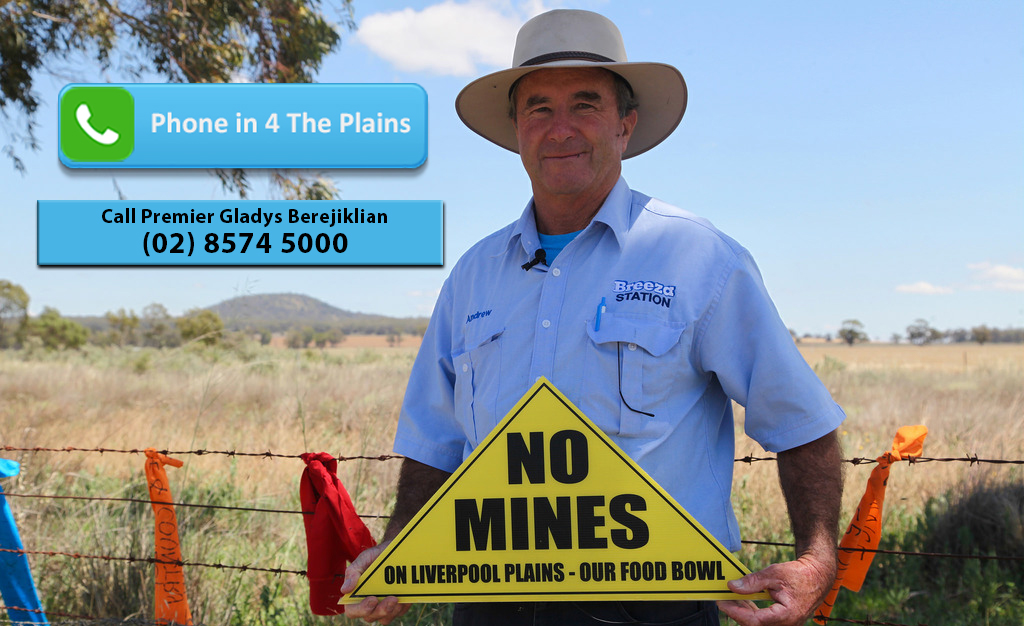 Always stay polite and calm. The phone will be answered by an office assistant.

Introduce yourself and where you are from.

Tell them you want to pass a message on to the Premier about the Shenhua coal mine and exploration licence.

Ask them to write down your name and address and make sure your name is passed on to the Premier.

If they will not take your message, you can send the Premier an emailed message about this mine here.

Here’s some background to help you