No dirty mine water flowing out to the Reef!

For the first time in history the Queensland Environment Department has recommended refusal of a coal mine!

The Central Queensland Coal Mine, proposed by Clive Palmer, just 10km from the Great Barrier Reef World Heritage Area would dump contaminated water into creeks flowing into the reef.

Now it’s up to the Federal Environment Minister to reject the mine. Add your voice to those calling on the Minister to refuse the mine! 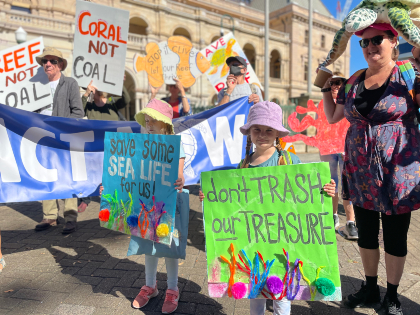 1,736 signatures
Dear Minister Sussan Ley, Please stand up for the Great Barrier Reef and follow expert scientific advice to reject the Central Queensland (CQ) coal mine. The Queensland Environment Department said the CQ coal mine is not suitable for approval due to the significant risks associated with its location, particularly its proximity to the Great Barrier Reef Marine Park, the Broad Sound Fish Habitat Area and other sensitive water systems. It is now up to you to reject this proposal!