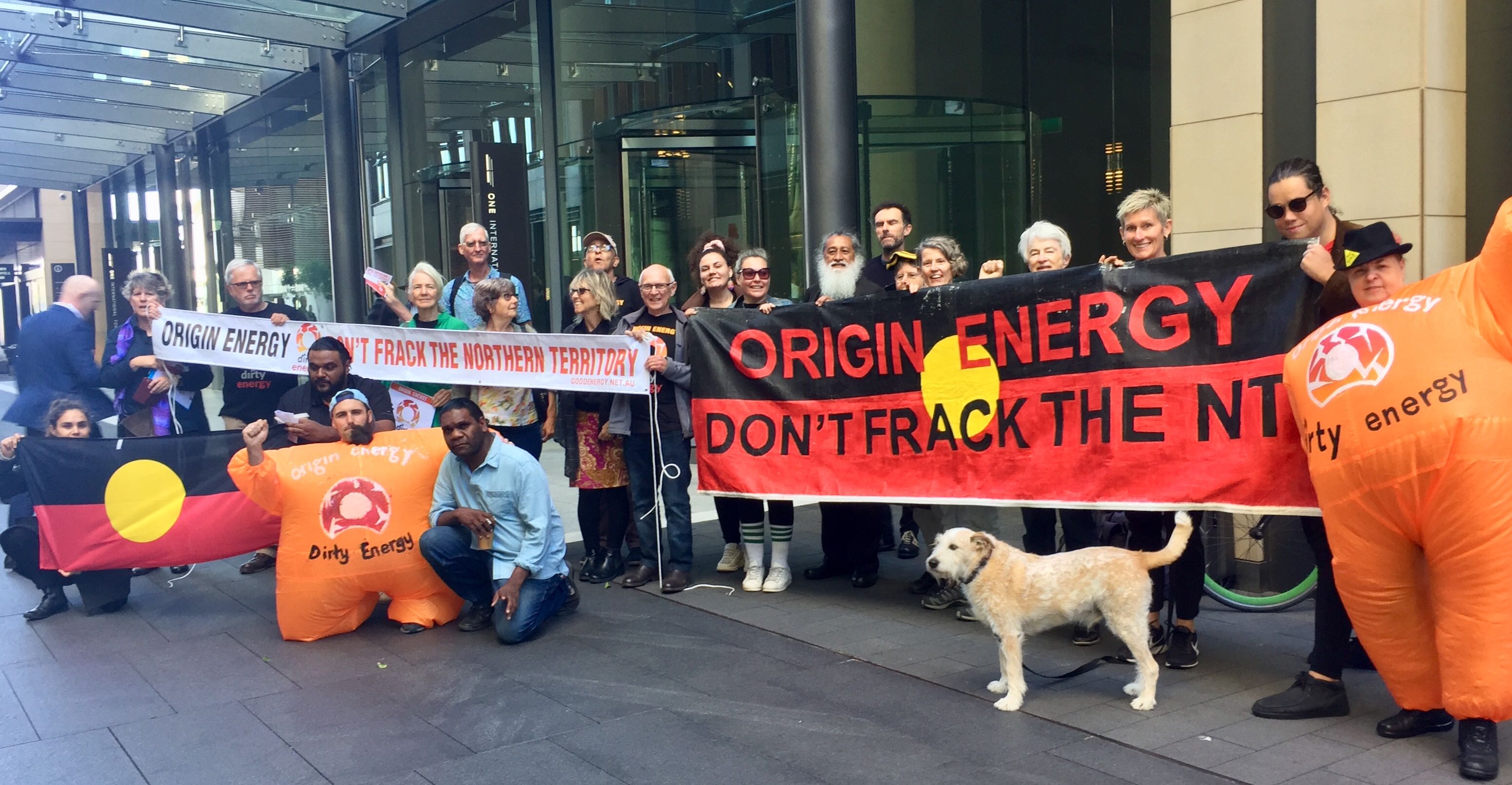 Origin Energy are pressing ahead with plans for dangerous shale gas fracking in the Northern Territory right into this wet season, risking precious water and our climate and trampling Aboriginal communities’ right to Free Prior and Informed Consent.

To make Origin Energy's brand toxic. To have Lane Cove locals aware that Origin Energy plans to frack in the Northern Territory. That Lane Cove has declared a Climate Emergency yet have Origin Energy as 20% of their renewables with the aim to have 100% renewables by 2030. To have locals provide information on the pledges for if they are an Origin Customer and or shareholder.

Aboriginal people in the Northern Territory are standing together against fracking, and they are asking for you to stand with them!