Across Australia many of our most iconic natural areas and valuable food producing lands are being dug up and drilled to extract coal and gas.

Places at risk include threatened ecosystems, fertile agricultural and pastoral lands and popular tourist destinations. The map below shows the area of land in Australia covered in licences (as at March, 2013). Click on the map image below for a larger view. 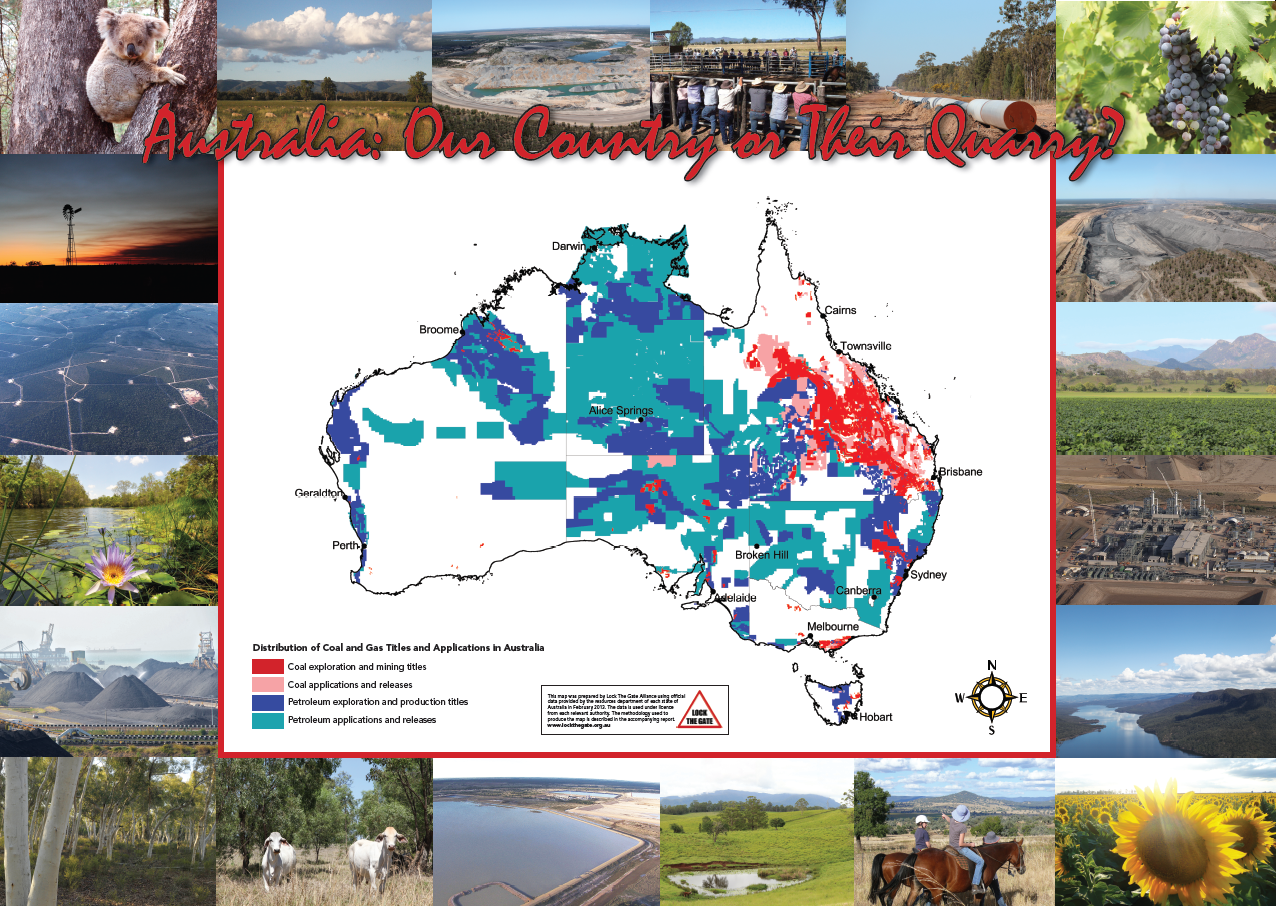 Read more about some of the places in Australia that are under threat on these pages:

Central Queensland - This classic Australian landscape, stretching from the outback to the ocean, from wide open cattle country to the Great Barrier Reef, is at risk from plans for up to 31 new or expanded coal mines, and a new coal seam gas field.

Darling Downs and adjoining farming land - This rich and nationally iconic farming region, described as 'four million acres of the richest soil in the world', is under threat from plans for up to 15 new or expanded coal mines and over 26,000 thousand coal seam gas wells.

Fracking the Outback: Many of Australia's most iconic wild places, including Central Australia, The Kimberley and Arnhem Land, are being targeted for shale gas exploration. Large scale gasfield industrialisation of these regions would irreparably damage these internationally renowned natural areas.

Gunnedah Basin and Liverpool Plains - This area matches fertile farming country, the foodbowl of the nation, with beautiful landscapes and outstanding remnants of native bushland.  It is under threat from coal and coal seam gas mining, with current exploration licences covering more than 6 million hectares of land.