On the driest continent on earth, water is our most precious resource. Yet these scarce resources are under threat from the unchecked expansion of coal and gas developments. 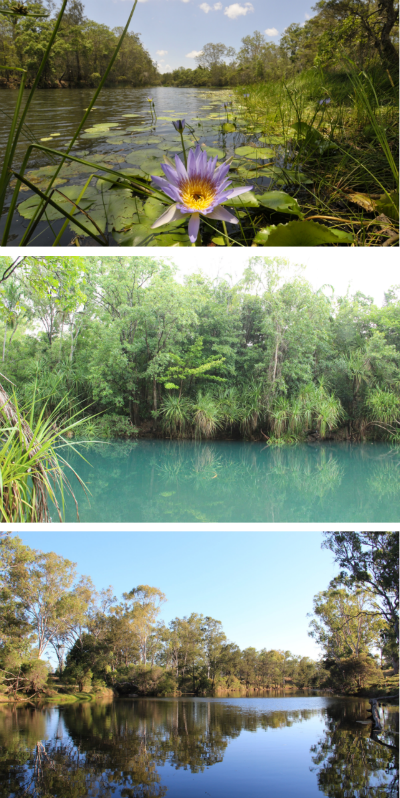 Up and down the eastern seaboard, new and expanding open cut coal mines are being approved in drinking water catchments and being allowed to divert creeks and dump mine waste into river systems. Meanwhile across the semi-arid regions, exploration for unconventional gas proceeds apace. Large scale gas production and the massive water volumes required for fracking will threaten threaten vital underground water resources relied upon by farms and townships in these regions.

Read more about the regions where precious water resources are being sacrificed for short term mining profits:

Hunter River and alluvial aquifers - the Hunter Valley is a highly productive agricultural area in part because of the security and cleanliness of its water. Research by Lock the Gate has shown this is being put at risk by extensive open cut coal mining.

Great Artesian Basin - The Basin, which covers 22% of Australia and is the only reliable source of water across vast areas, is threatened by coal seam gas mining which allows drilling into Basin aquifers or right through the Basin, risking dewatering or contamination.

Sydney Drinking Water Catchment - The catchment provides clean drinking water to over 4 million people but it is at risk from underground coal mines which have already caused cracking and pollution of creeks.

Fitzroy River Catchment, Queensland - This catchment supplies water to Rockhampton and is a major estuary flowing into the Great Barrier Reef, but it is threatened by over 30 coal mines and escalating coal seam gas mining which have approvals to dump wastewater into the system.