Petition demands George Bender’s death not be in vain; Must be heeded by COAG

The death of Chinchilla farmer, George Bender, last month touched the hearts of thousands around Australia and overseas.

Jodi Meynell - a self-described “nobody” - was so affected by George’s death by suicide following 10 years of harassment by the coal seam gas (CSG) industry that she started her own online petition change.org/farmergeorge directed to Queensland Premier, Annastacia Palaszczuk.

In the first two days, more than 50,000 ordinary people signed the petition asking that George’s death not be in vain and that the Premier stop CSG companies from bullying farmers. 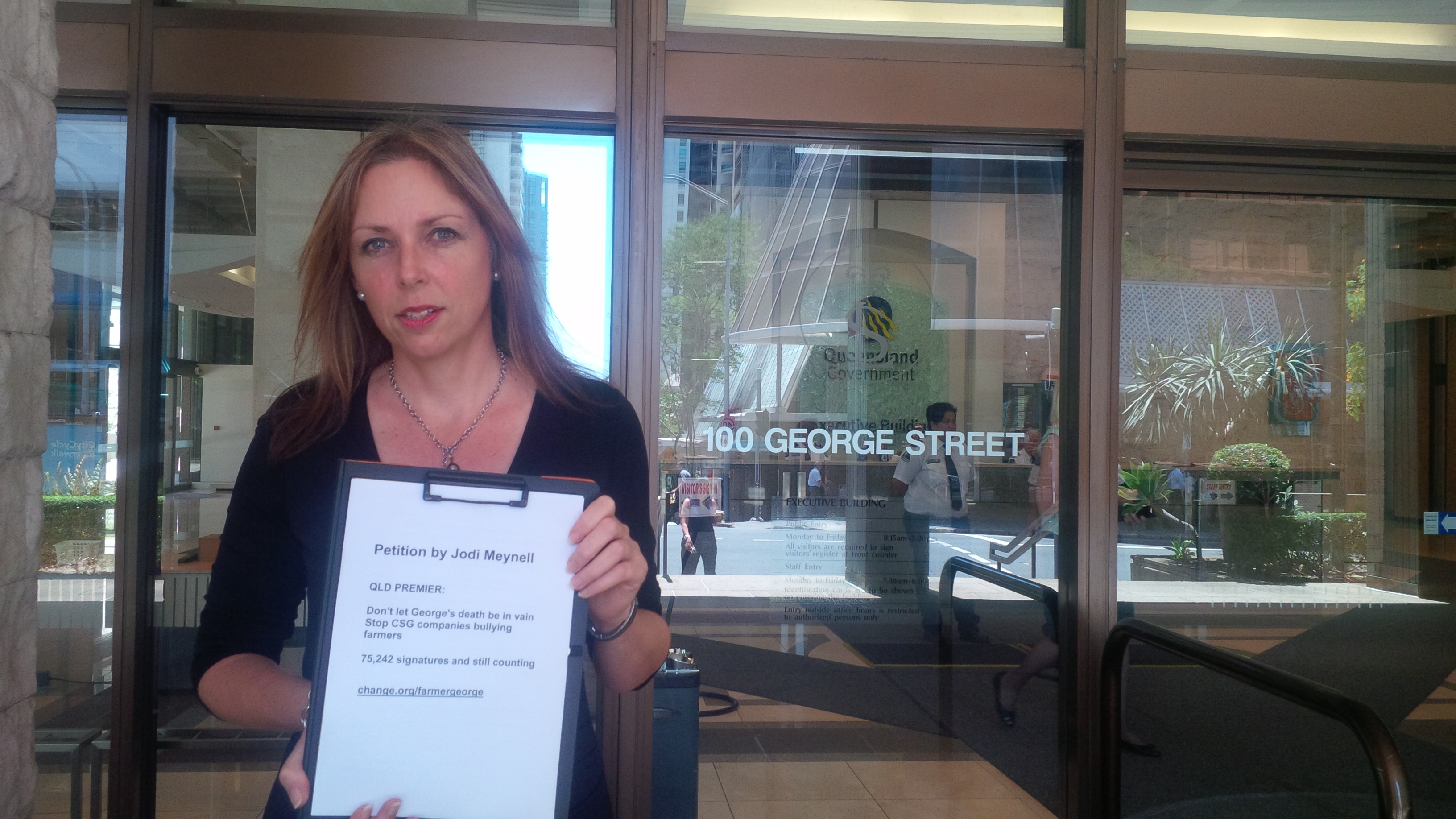 The number of signatories has swelled to more than 75,000 and is still growing since the petition went up on October 21. More than 16,000 people have also left angry and sad comments on the site.

Ms Meynell, a Brisbane real estate agent, belongs to no activist groups but simply saw the injustice of the CSG industry’s bullying and wanted to do something about it.

“It’s just wrong that someone can be bullied to death for trying to protect his farm and his livelihood so I decided to start the petition,” she said.

“I was totally blown away by the immediate reaction but at the same time I’m not that surprised because nobody would want another farmer to take his life under such extreme distress.

“Farmers and other people should have the right to say no to mining companies coming in and taking over.

Lock the Gate’s President, Drew Hutton, believes that the Qld Government should consider the petition as it prepares to meet with all Australian governments next Friday, December 4, at the Council of Australia Governments (COAG), to address the issue of forced access by mining companies to Australia farms.

Mr Hutton said the reaction to the petition proved the Qld Government needed to go to COAG next week with a proposal to give landholders and Traditional Owners the legal right to say no to mining.

“Queenslanders are sick of our government letting multi-national mining companies ride roughshod over our communities. The State Government needs to find some backbone and take action to protect people in the firing line of the mining industry,” he said.

“The Queensland Government must give landholders the legal right to say ‘no’ to mining and it must go to COAG leading the way on a new path forward so that the bullying and coercion of Australian landholders stops immediately.”