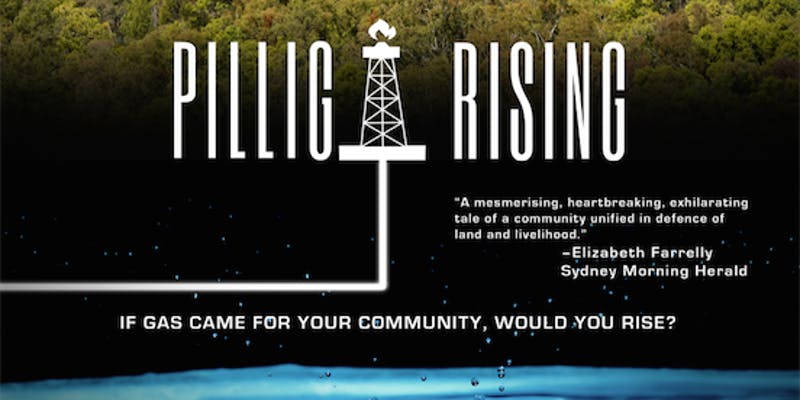 If gas came for your community, would you rise?

This documentary by local Maleny production company, Balangara Films, provides a heartwarming insight into the community resistance to coal seam gas in the Pilliga forest and across North West NSW.

Don’t miss this moving tale of four characters who are worlds apart but united by their love of the Pilliga and determination to protect it from coal seam gas. A loving father, a young Indigenous multimedia artist, an experienced citizen scientist and a businesswoman-potter who has made the Pilliga her home all rise up to protect water, people, country and community from a proposed coal seam gasfield in the Pilliga forest.

Right now, an oil and gas corporation plans to drill 850 wells through the Great Artesian Basin—one of the largest underground freshwater reservoirs in the world, which recharges in the Pilliga. This is the story of the Pilliga told by the people rising to defend it.

The Maleny screening will feature:

- Information about Lock the Gate's campaign to protect Queensland's most precious and productive places from inappropriate coal and gas mining.

"Pilliga Rising is the mesmerising, heartbreaking, exhilarating tale of a community unified in defence of land and livelihood. See it, and see it soon.”

“Pilliga Rising provides a deeply penetrating insight into one of the great tragedies of our time: the devastation wrought by coal seam gas production.”

Tickets by recommended $10 donation. Donations to Lock the Gate will help cover the cost of the event.

The Maleny Community Centre will run a cash bar between 6 and 6:30 before the film starts.