This is a unique social event. A one-off 'politics in the pub' looking at big coal’s impact on the Bylong Valley and the village of Wollar. 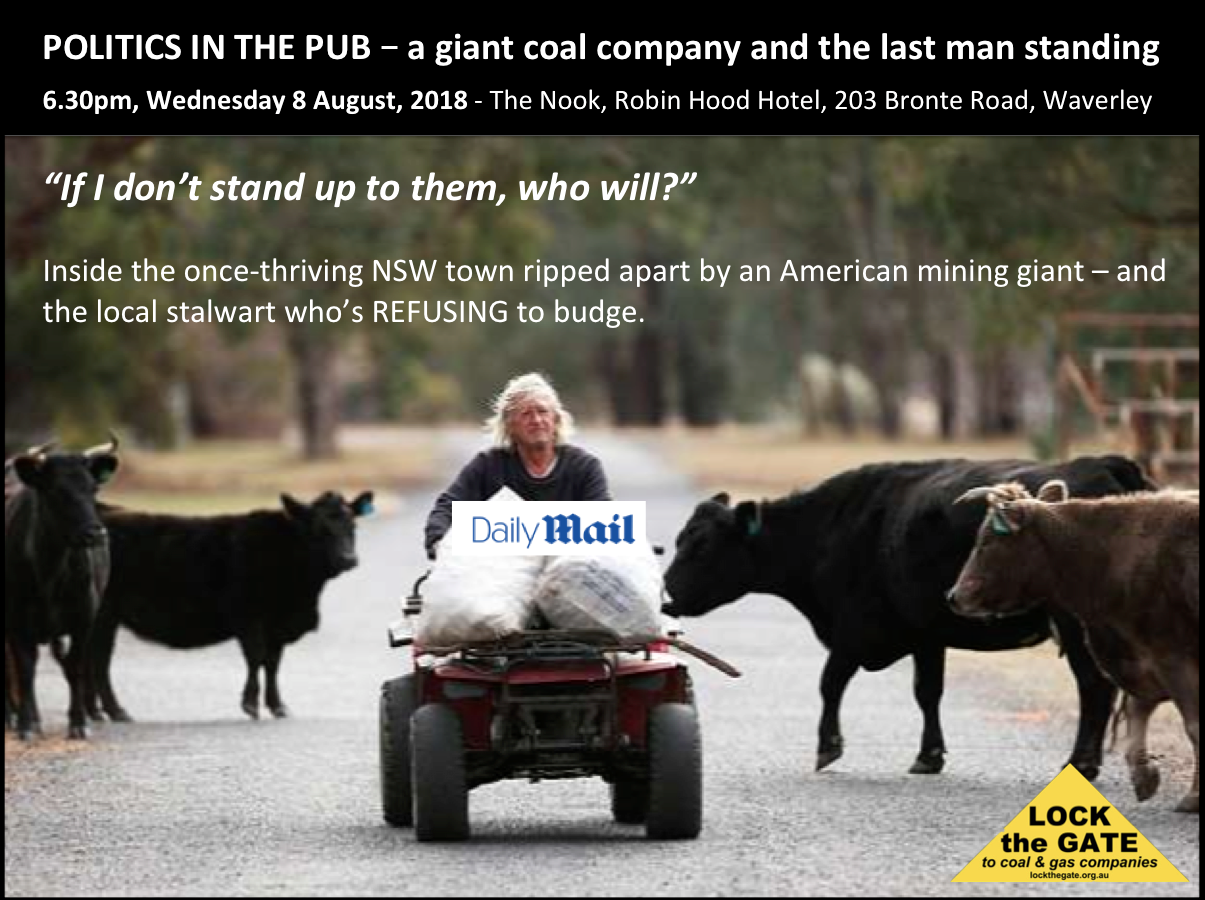 Meet Bev Smiles from Wollar - a tiny village in the central-west of NSW which has become the unlikely site of a David-and-Goliath battle with American coal-mining giant Peabody.

Hear from Bev about what has happened to her community and to her mate Colin, who is refusing to sell his home to a massive mining company. Hear how despite the coal mine decimating Wollar – reducing the population of a once vibrant community by 80% since 2006 - there is now hope that the town of can be revived, beginning with a $450M solar farm.

On the night, you'll also meet Warwick Pearse, a landholder from the Bylong Valley.

The gorgeous Bylong Valley is right next door to Wollar. It's landscape is heritage-listed and was voted into the top 10 drives in Australia, it has some of the best soil in NSW, and it also has significant Wiradjuri sites. On top of that, it's the birthplace of the globally renowned Natural Sequence Farming method, recognised by the United Nations. Despite all of these attributes, Korean coal miner KEPCO wants to dig a huge coal mine into the landscape.

Wollar and the Bylong Valley are fighting an existential battle with coal.

Come to the Robin Hood Hotel, share a drink with Bev and Warwick and have a chat about what we - as city people - can do to help our country cousins protect their homes.