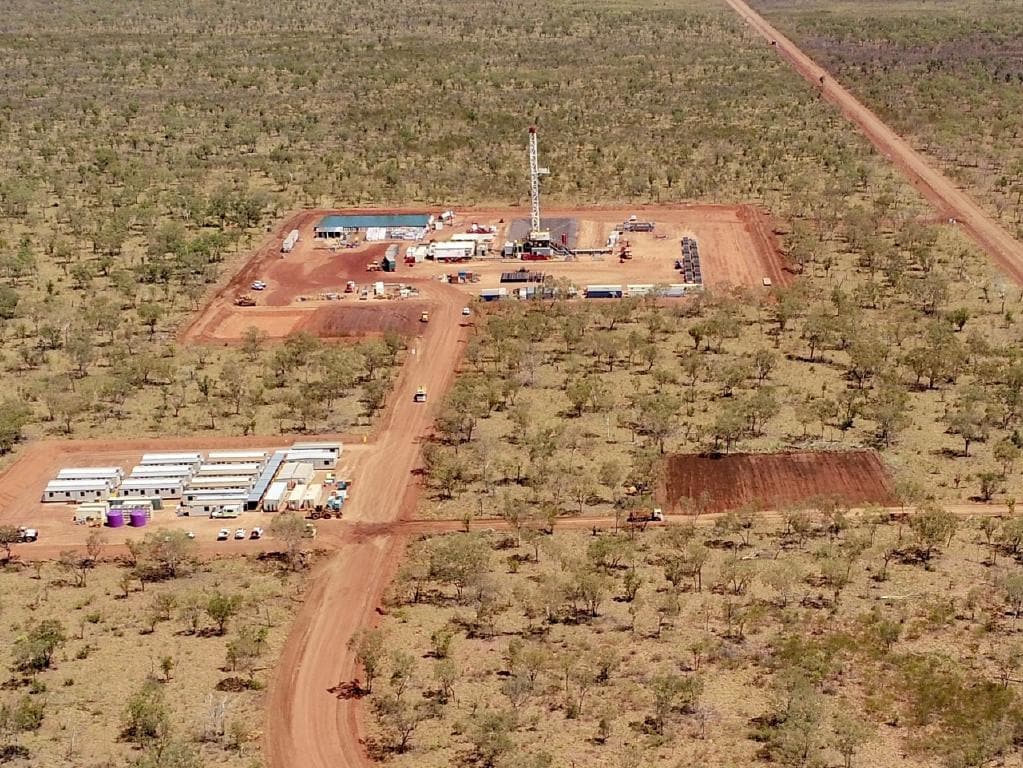 What is shale oil?

Shale oil should not be confused with oil shales. Oil shales are shallow, organic-rich sedimentary rocks that hold large quantities of kerogen- a precursor to oil. Oil shales are mined by two methods, either by thermal treatment of the kerogen in situ, or by mining the rock then heating it in a low-oxygen environment to turn the kerogen into oil.

This fact sheet considers shale oil, the oil found in shale deposits in combination with shale gas, NOT oil shale.

Extraction of shale oil and gas

Key drivers for the economic extraction of oil and gas from shale formations were technological changes in hydraulic fracturing and horizontal drilling techniques. In shale deposits, hydrocarbons are trapped in formations that are not very porous, meaning that the oil and gas cannot flow as easily as with conventional deposits. Instead, the oil or gas is commonly accessed by drilling horizontally across the deposit, and then fracking to open up the rock and allow the oil to flow (see Figure 1 below). According to the Energy Information Agency (EIA), hydraulically fractured horizontal wells now comprise 69% of new wells drilled in the United States. 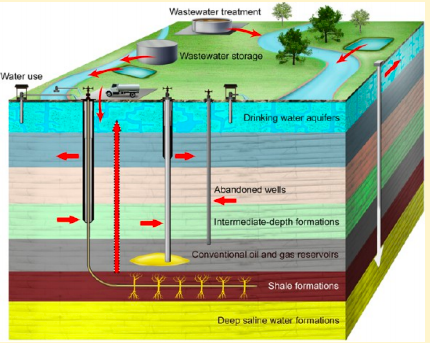 Much of what we know about shale deposits has resulted from a decade of shale oil and gas exploration and production in the United States. Over that decade, the technological combination of horizontal drilling and fracking of shales, coupled initially with a high gas price, has enabled large volumes of previously uneconomic natural gas (and varying amounts of shale oil) to be produced in that country. Shale oil production in the Bakken (North Dakota, Montana), the Eagle Ford (Texas) and the Permian (Texas, New Mexico) Basins placed the US as the world’s largest crude oil producer over the past decade. This so-called “shale revolution” has been promoted by the industry as an energy game changer, reducing dependency on imported oil in the United States.

However, the US experience has shown that fracking is not a stable business. Though the US fracking boom lifted U.S. oil and gas production to all-time highs, shale wells drilled in the past five years are pumping significantly less oil and gas than their operators predicted to investors. Because the production of individual shale wells falls precipitously over the course of a few years, operators must continue drilling new wells at an ever-swifter pace to maintain growth targets—even as owners have been under pressure to cut costs in the face of price declines since the 2014-15 US price crash.

A Bloomberg News analysis of 61 shale-drilling companies noted that drillers are caught in a bind because they must keep borrowing to pay for exploration needed to “offset steep production declines typical of shale wells.... For companies that can’t afford to keep drilling, less oil coming out means less money coming in, accelerating the financial tailspin.” The result has been a lack of profits, dependency on financing and low interest rates, and asset sell-offs throughout the fracking industry as a whole. In the US, between 2008 and 2018, leading fracking companies spent $230 billion more than they earned, covering the gap with debt.

Shale oil and gas in Australia

Australia has a number of shale basins with potential oil reserves, including the Canning and Perth basins in Western Australia, the McArthur basin in the Northern Territory/Western Queensland (including the Beetaloo sub-basin), and the Cooper Basin in central Australia. Geoscience Australia estimates that the unconventional petroleum liquid resource hosted in oil shales, and shale and tight gas deposits is 9,025,546 PJ (which is 1,534,939 million barrels (mmbbl)) across all onshore basins in Australia. 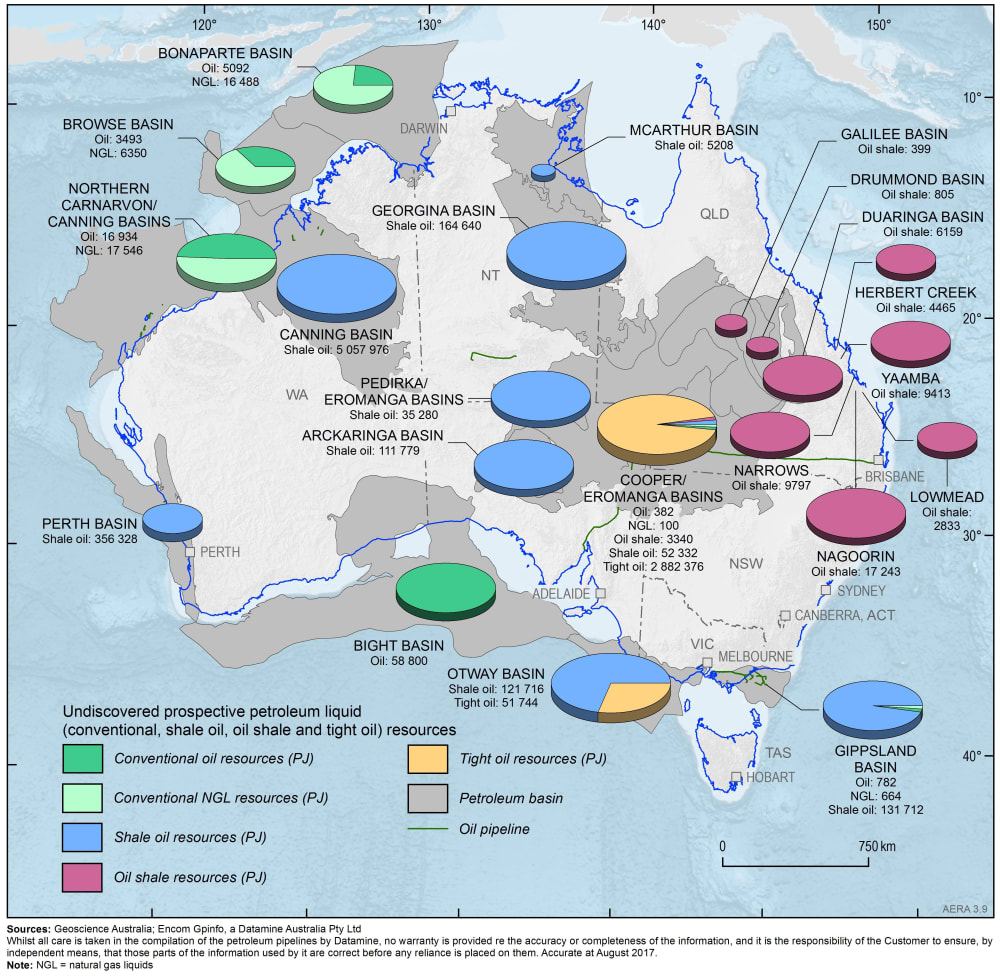 ACOLA notes that there is a clear market for shale liquids (oil) and condensate (a kind of ultralight crude oil) for the transport market in Australia and that the presence of such liquids in a shale gas play will often drive the economics of shale production, with these valuable byproducts improving the commercial viability of a project. For example, late 2019 drilling by Origin Energy in the Beetaloo Basin is focusing on areas where the gas reserves could also include liquid petroleum gas and condensate.

As of late 2019, like shale gas, shale oil extraction in Australia is in the exploration stage. Locations where exploratory drilling has occurred/is occurring in liquid rich shale gas plays include the north west of Western Australia (Canning Basin) and the Northern Territory (Beetaloo Basin). A project factsheet produced by Theia Energy (2018) claims that in their Canning Basin tenements in the Great sandy Desert region of Western Australia, some six billion barrels of shale oil were recoverable of the tens of billions of barrels of oil estimated to be locked in the shale rock. Meanwhile in the Northen Territory, Origin claims that while further drilling will be required to prove that the Beetaloo is commercially viable, “the deposits of liquids-rich gas will be some of the most competitive in Australia, with plenty extra for export.”

The economics of unconventional oil and gas are generally more challenging in Australia than in the US, with higher drilling, fracking and transport costs- particularly in remote regions. However, as oil is more cost effectively transported than gas, projects targeting liquid rich deposits can tip the balance in favour of development proceeding. 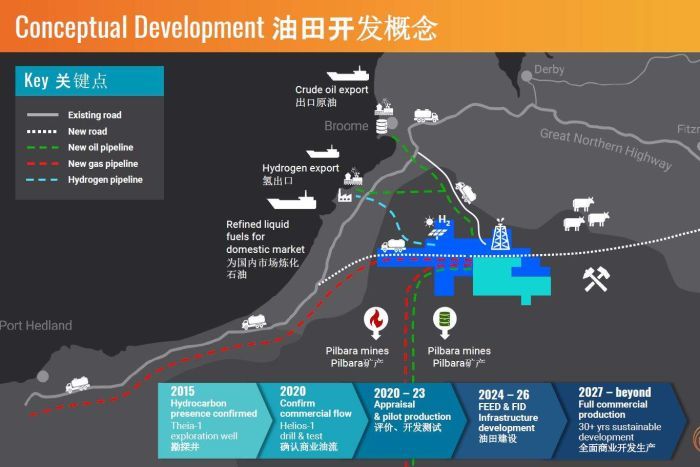