South Australians want to heed the lessons from problems with shale gas fracking in the Eastern states, with an overwhelming majority of people concerned about the risk posed, according to a new poll released today.

The survey of 1,135 residents across South Australia found 82.3% of the community are concerned about the threats of shale gas fracking to water supplies and rich farming land in the state, escalating it as a major Federal election issue.

Lock the Gate Alliance spokesperson Phil Laird said, “These are massive numbers and confirm what we are hearing across the rest of the nation. The community doesn’t want to gamble with our water supplies, farmland and environment on unconventional gas and fracking, and its a major issue in the lead-up to the Federal election across the country.

“For a long time now, our members have been calling on Federal Governments to give landholders the right to say no to unconventional gas on their land and protect water resources. These poll results demonstrate overwhelming support for parties and candidates in South Australia who step up on shale gas fracking.

Anne Daw, agricultural advocate on the Round Table for OIl and Gas in SA said, “It’s not surprising that polls show South Australians understand the risk of fracking and the threat to our precious and scarce water in this state. What might be surprising for MP’s contesting this election is the very limited support for shale gas activities on productive farmland.

“It’s cut and dry. 82.3% are concerned about the impacts of shale gas and fracking on water supplies and high yielding farmland, 67% support a moratorium on the industry until it is proven safe, and 74.9% say landholders should have have the right to say no.

“Many politicians at both State and Federal levels have chosen to turn a blind eye to this issue, but with the entry of the Nick Xenophon Team, a new dynamic has come into this election, with over 78% of NXT supporters supporting the right of landholders to Lock their Gate and 73% support a moratorium” she concluded.

Sue Westgarth from the Limestone Coast Protection Alliance said, “These polls confirm what people from South East of South Australia (Limestone Coast) and the Federal electorate of Barker already know. Unconventional gas is on the nose in SA.

“Thirty-eight communities here have conducted grass-roots surveys of every house in their district. An astonishing 95.5% of respondents say they don’t want shale/tight gasfields. These communities feel so strongly they’ve declared themselves Gasfield Free, erecting signs on their roads and boundaries.

“We have seen what community power can do in the eastern states. We know when we stand together in the Limestone Coast, we cannot be denied.

“95.5% is a clear mandate and we are calling on all our candidates, including sitting Liberal MP Tony Pasin to join with the community and clearly oppose unconventional gas and fracking in his electorate and commit to work at a federal level” she said.

Phil Laird is in South Australia meeting with local communities and hearing their concerns over coming days.

Photos from the Limestone coast from community declaration events at Robe and Mr Gambier over the last two years, where 95.5% of respondents to community surveys have said they want to be Gasfield Free.

Poll details
Reachtel conducted a survey of 1,135 residents across South Australia. The poll was conducted on the night of the 2nd June 2016. 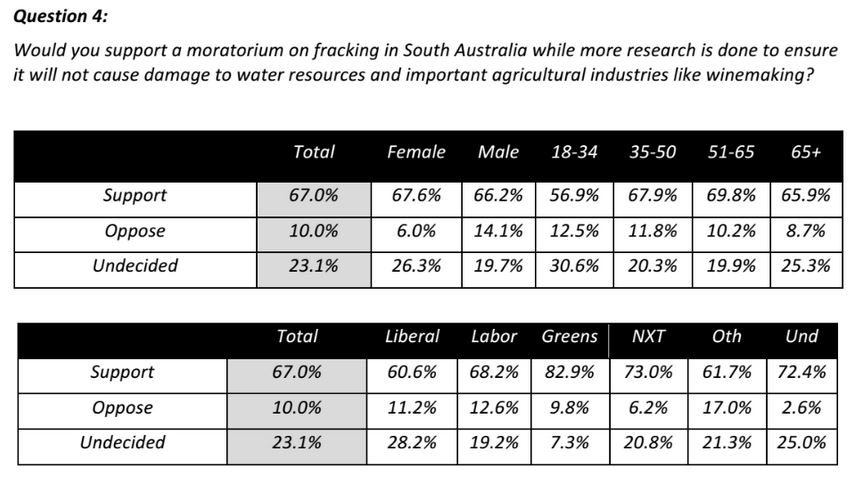 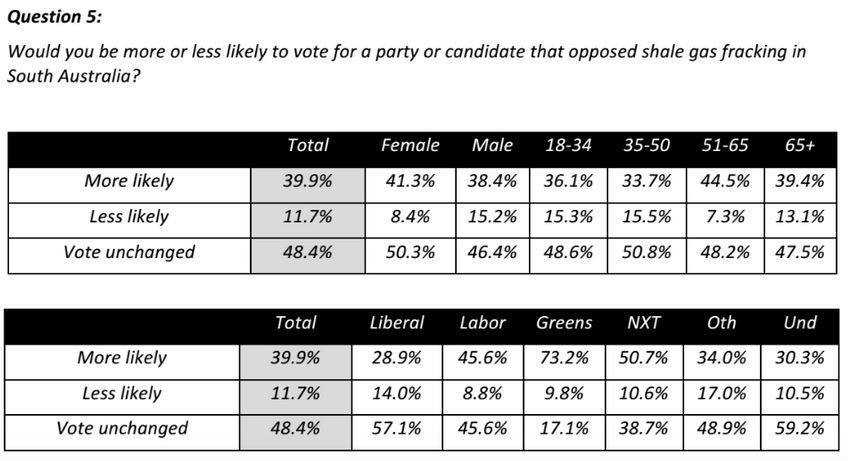 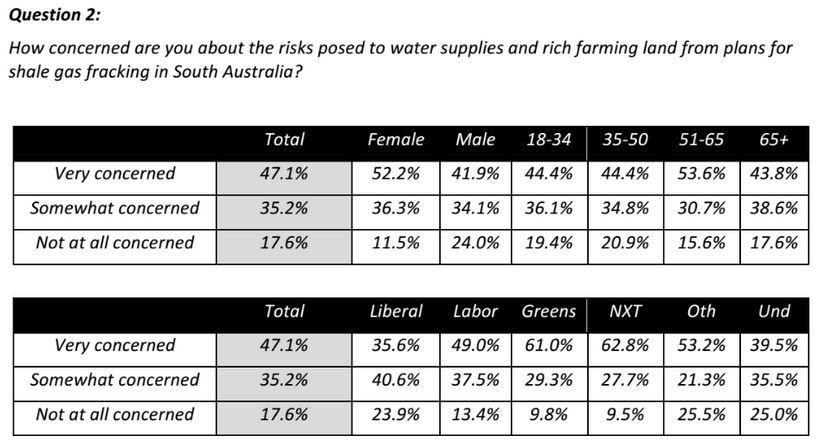