Whitehaven’s proposed $400 million Narrabri Stage 3 mine expansion project (also known as Narrabri South) would extend the life of the existing Narrabri coal mine from 2031 to 2044. The Narrabri expansion could be the most polluting thermal coal mine in Australia, based on its fugitive greenhouse gas emissions.

Whitehaven also has plans for another new open-cut coal mine in Queensland’s Bowen Basin, the Winchester South coal mine.

Whitehaven's open cut mines in the Namoi Valley have cleared hundreds of hectares of the beloved and environmentally significant Leard State Forest, and had significant impacts on the local farming community with mine buy-outs, intolerable noise and dust pollution, and loss of stream flow in local creeks.

The company's plan to expand its Narrabri Underground mine would clear 440 more hectares of forest, deplete water resources for local farms and release huge amounts of greenhouse gases into the atmosphere. In addition, the planned Vickery coal mine would unleash around 330 million tonnes of carbon emissions over its 26-year lifespan, hen emissions from digging up and burning the coal are added together. 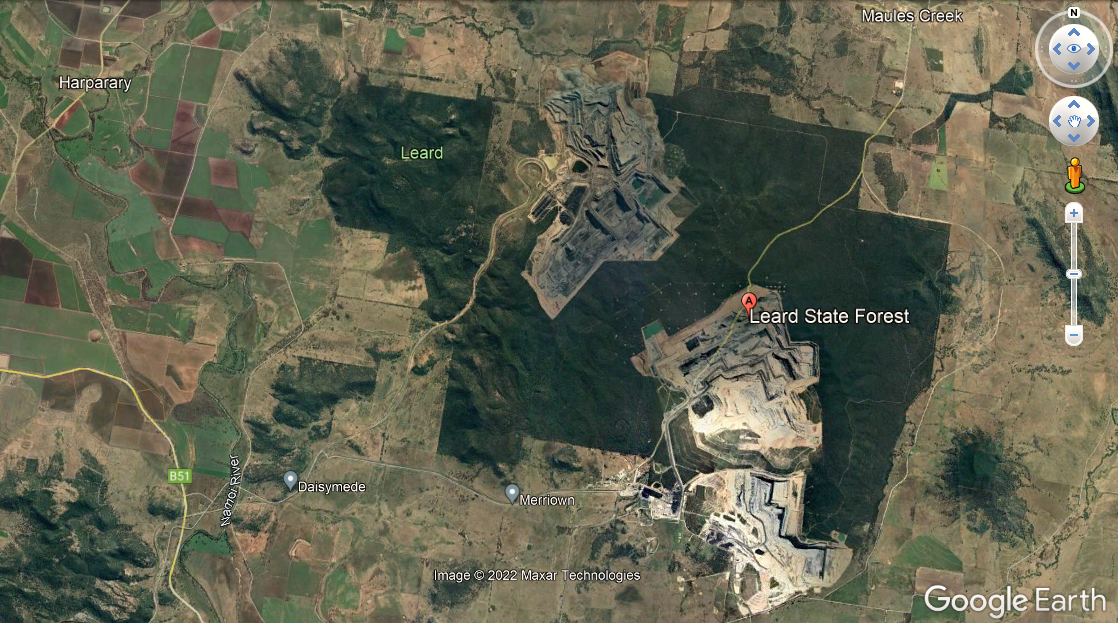 Local farmers, Traditional Owners and conservationists have fought for over a decade to protect the cultural and environmental values of Leard Forest and the fertile lands and important water sources of the Namoi Valley, and to expose Whitehaven's illegal operations in the region.

Whitehaven coal and its many subsidiary companies are repeat offenders who repeatedly break the law without concern for the impacts on water resources, the environment or affected communities.

In the last 10 years Whitehaven has been found guilty or investigated for breaches of the law on 35 occasions, many of them including multiple offences. They have been prosecuted numerous times and have incurred $1,497,500 in penalties to date.

Offences including stealing 1 billion litres of water without a licence during the worst drought on record at the Maules Creek Coal mine, polluting waterways, breaching noise constraints, clearing illegally and serious workplace health and safety failures.

Their shameful record is evidence that they are not fit and proper to hold a licence to operate coal mines in NSW. You can find out more about Whitehaven’s shocking environmental record here.