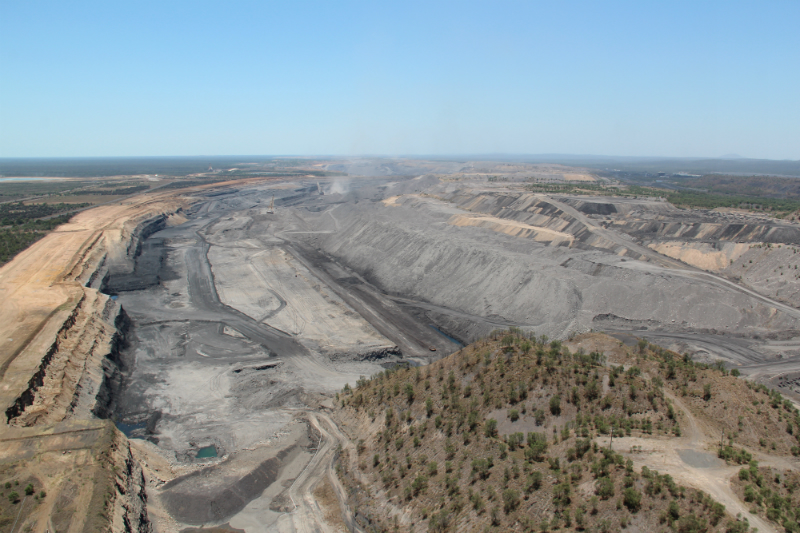 Coal is an unsustainable fossil fuel. Australia is one of the world's largest producers and exporters of coal.

This also makes Australia responsible for a significant portion of the world's greenhouse gas emissions which contribute to climate change.

Despite the threat that coal mining poses to our climate, waterways and productive farming land, coal exports are set to double by 2021.

Massive expansions of open cut and longwall coal mines are proposed in areas including the NSW Hunter Valley, Southern Highlands and Liverpool Plains; and Queensland’s Darling Downs, central western grainbelt and the Galilee Basin. Some of Australia’s finest farming lands and most important conservation areas will be permanently destroyed if planned projects are allowed to go ahead.

The Great Barrier Reef is also at risk from a rush of coal mine and port expansions. Nine new coal mines are planned, five of which will be larger than Australia’s biggest mine, and 83 per cent of the mining profits will go overseas. There are also a number of new or expanded coal export terminals planned within the Great Barrier Reef lagoon which means increased ship movements through the reef, risking our precious marine life and the tourism industry.

A fourth coal terminal is planned for Newcastle in NSW. Known as T4, this terminal would increase the volume of coal exported from Newcastle from 210 to 330 million tonnes each year. It would also double the dust pollution from the from coal trains, piles and loaders that is already impacting the health of communities all the way along the rail corridor from north-west NSW, through the Hunter Valley, to the Port of Newcastle.

Communities where coal mining or burning occurs have been shown to suffer significant health impacts. A study of a mining affected region of the United States found that the costs to health systems are about five times the value of the coal mined. In the Hunter Valley there have been significant concerns raised about decreased lung capacity in children, and cancer clusters have been observed in people living close to coal mines and the coal train corridor.

In 2010-11, the Australian Government spent $11 billion more on subsidies to the fossil fuel sector than it did on clean energy alternatives.