About Lock the Gate 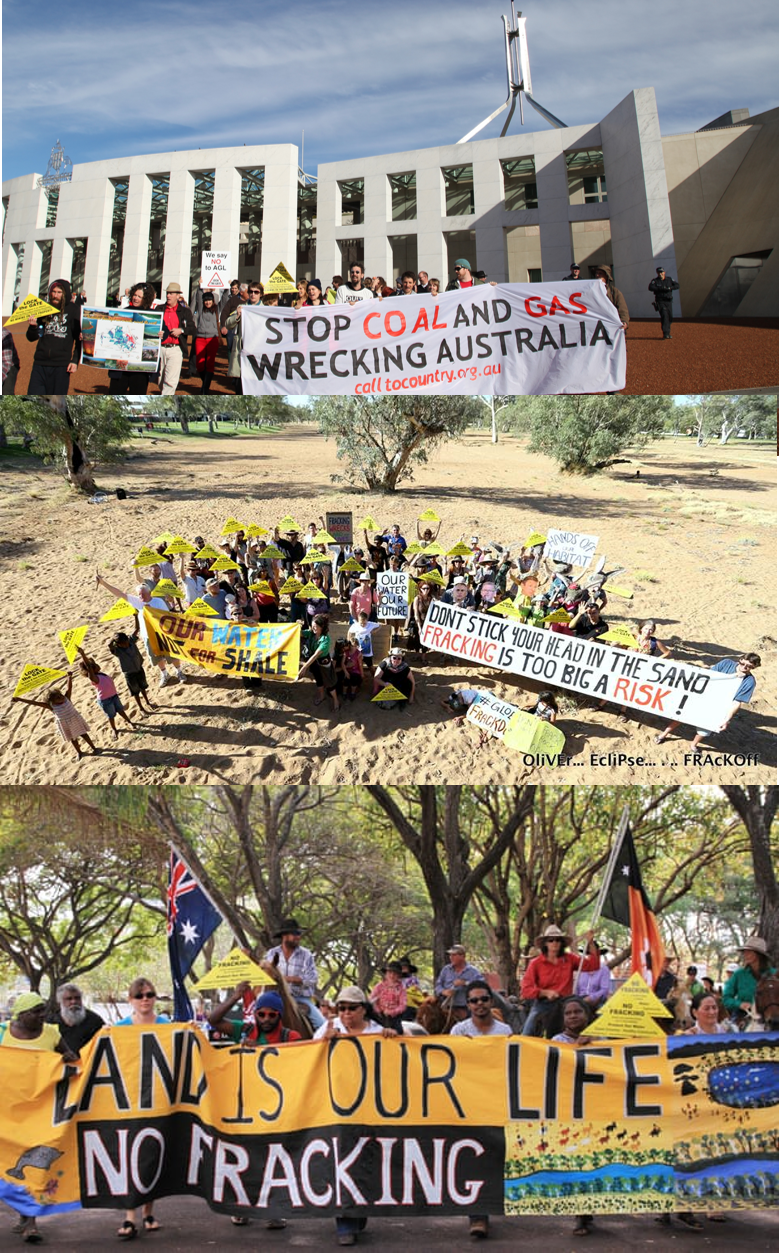 The Lock the Gate Alliance is a national grassroots organisation made up of over 120,000 supporters and more than 450 local groups who are concerned about risky coal mining, coal seam gas and fracking.

These groups are located in all parts of Australia and include farmers, traditional custodians, conservationists and urban residents.

Our vision is of healthy, empowered communities which have fair, democratic processes available to them to protect their land and water and deliver sustainable solutions to food and energy needs.

The mission of the Lock the Gate Alliance is to protect Australia’s natural, cultural and agricultural resources from inappropriate mining and to educate and empower all Australians to demand sustainable solutions to food and energy production.

Lock the Gate was formed in 2010 following community meetings in New South Wales and Queensland. All over the eastern states, people were raising concerns about the rapid expansion of coal and coal seam gas development. A declaration was made: farmers would lock their gates to these rapacious industries. Ten years on and the Alliance continues to gain momentum, with rural and urban communities all over Australia stepping up to defend our land, water, and future from the invasive coal and unconventional gas industries. 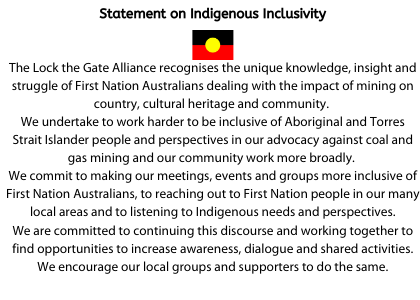 Find out more about what we do and how we do it!

Read more about the history of the Lock the Gate Alliance: Show more.

The Lock the Gate Alliance was formed in 2010 following meetings in New South Wales and Queensland of landholders, organisations and communities concerned about the ongoing and rapid expansion of coal and coal seam gas development.

In late 2010 representatives from over 40 community, professional and environmental groups from across Queensland, New South Wales, Victoria and South Australia convened in Broke to discuss the challenges of unchecked mining for coal and coal seam gas. The forum found that there were common issues experienced by communities where coal and coal seam gas extraction was being expanded. The forum considered the role of government in the expansion of these industries and the lack of consideration for the will of local residents and communities in the approval of coal and gas projects.

Meanwhile in south-east Queensland a meeting was held where local landholders, farmers and environmentalists gathered to discuss a response to the state government’s approval of a number of major coal seam gas developments. It was at this meeting, at Warra on Queensland’s Darling Downs, that the name “Lock the Gate” was decided. So began the campaign calling on landholders to refuse to allow access to gas companies and refuse to negotiate sale of their properties to coal companies.

The Lock the Gate campaign was launched on 22 November 2010 when farmers from south-east Queensland gathered in Brisbane around a farm gate, vowing to take a stand to protect their farms and communities from inappropriate mining.

Lock the Gate Alliance was incorporated in NSW on 8th December 2010 and became a registered company limited by guarantee under the Corporations Act 2001, on 6th March 2012. The inaugural AGM was held in Murwillumbah on 11 June 2011, and the second AGM was held in Newcastle on 15 September 2012.

Lock the Gate continues to grow as a diverse grass roots community movement working to protect land and water resources from mining impacts.

The Alliance is committed in all its activities to the following principles:

Robust scientific assessment, the precautionary principle and the principle of intergenerational equity should guide decision-making.

Landholders and communities should have the right to reject mining developments which they consider unsuitable.

Mining companies should be legally subject to the highest standards of openness, transparency and accountability.

Members and supporters should aim to act responsibly at all times and in accordance with principles of peacefulness and compassion.

Through its organisation and campaigning against inappropriate mining, the Alliance has five central aims:

To protect the health of all Australians.

To protect Australia’s agricultural land for food and fibre production.

2. Comprehensive health impact assessments and the implementation and enforcement of strict, scientifically determined and measurable standards to curtail air, water and soil pollution from coal and unconventional gas mining.

3. Far-reaching reform of legal and administrative constraints on mining to introduce the highest standards of independence, probity and transparency, to empower communities to reject projects, and to provide third party legal rights.

4. The provision of legal rights to landholders to allow them to prevent exploration and mining for coal and unconventional gas on their properties.

5. The removal of public subsidies and tax incentives currently available to coal and gas companies for mining and infrastructure development, and improved measures to ensure they pay their fair share in taxes.

6. Prevention of coal mines and unconventional gas wells, and associated infrastructure including ports, dams and pipelines, that will cause harm to important land, water and cultural resources.

7. Independent and rigorous research into greenhouse gas emissions from coal and unconventional gas mining to make sure they are properly and fully paid for.

8. A moratorium on unconventional gas mining and exploration until a rigorous research program has been completed into its impacts on human health, water resources and the environment.

The Alliance has adopted a policy of peaceful behaviour in all our work: Read our Policy of Peaceful Action.

We will treat each person (including companies, police and media) with respect.

We will act responsibly at all times, engendering a spirit of peacefulness and compassion.

We will not use physical violence, threats or insulting language

We will protect our opponents from insults or attack.

We will not damage equipment, apparatus or property of others.

We will accept responsibility for our actions.

We will assert our right to peaceful protest.

You can get in touch with Lock the Gate at the following addresses: Contact us.

Get in touch with us using this form.

Alternatively, our postal address is:

You can contact the Lock the Gate Regional Coordinator in your area here.

Lock the Gate Alliance is a registered charity in Australia: Charity details here. 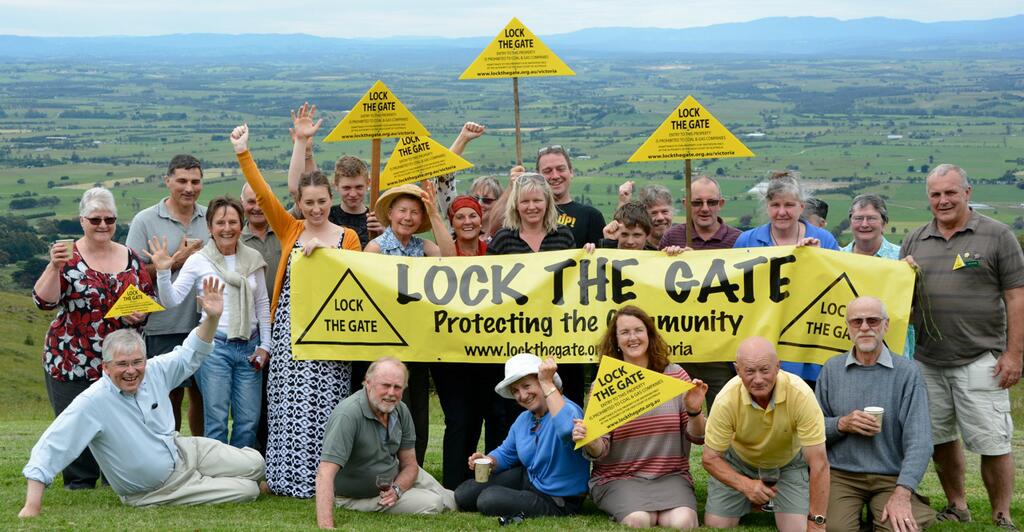