It was a protest with a difference today outside Deputy Premier, Jackie Trad’s office with city and country coming together to work towards a more productive and fairer Queensland. 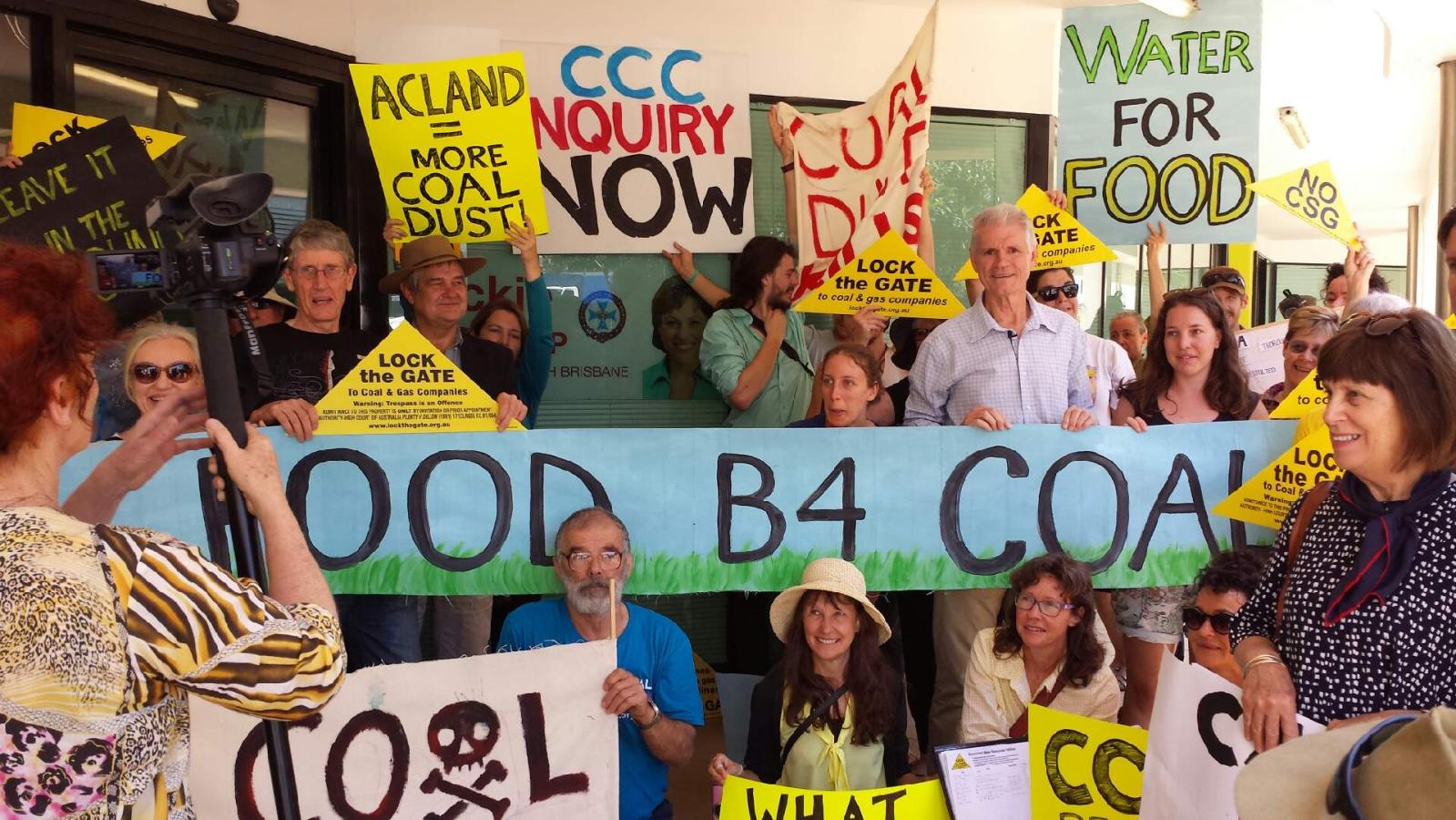 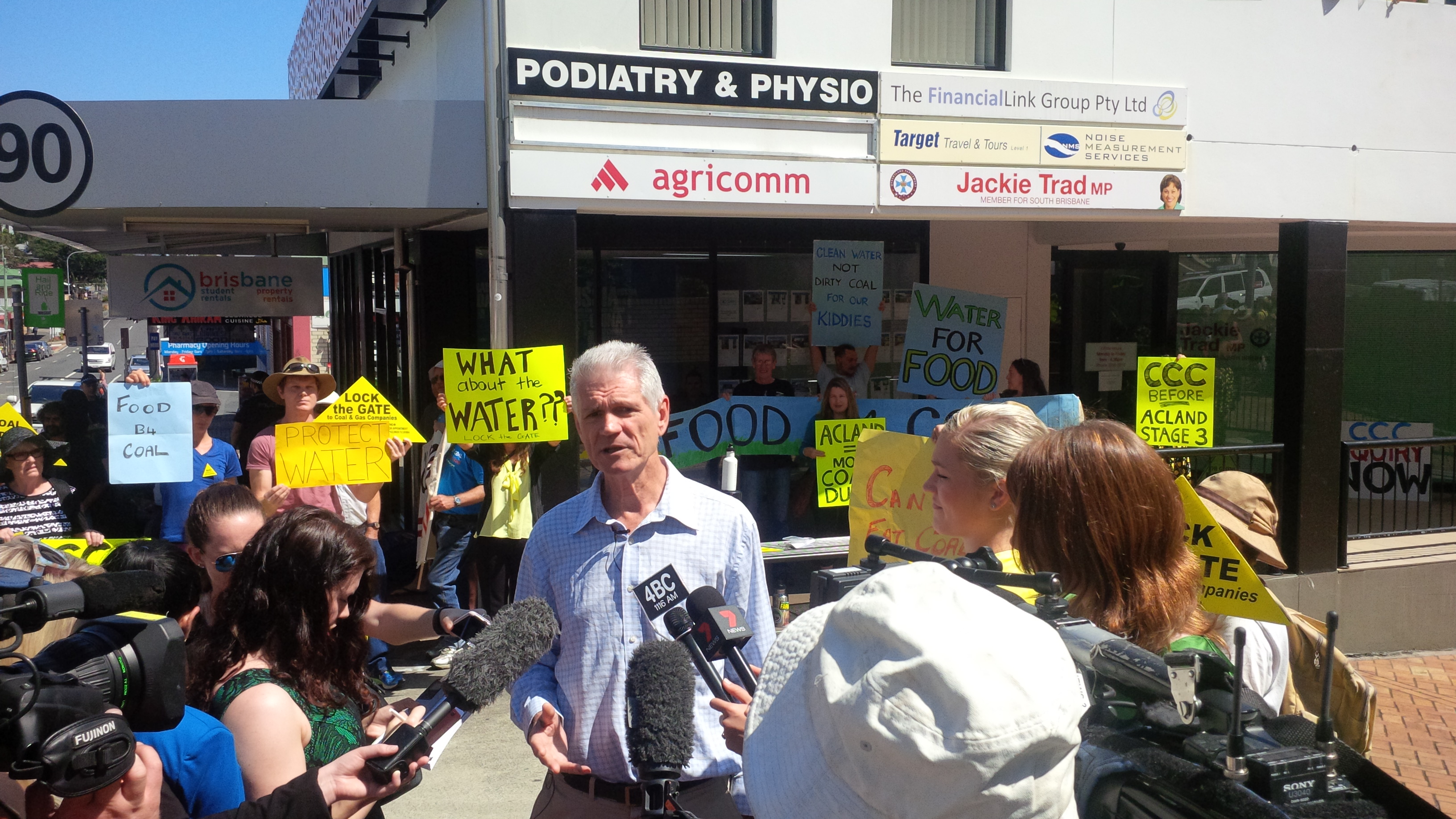 The good-natured protest was called to persuade the Labor government to:

Lock the Gate Alliance has lodged a wide-ranging complaint with the Crime and Corruption Commission (CCC) in relation to about $1 million of political donations to the Liberal Party of Australia made by the Acland Stage 3 coal mine proponent, New Hope Corporation and its parent company, Washington H Soul Pattinson.

“This Liberal Party donation is just the tip of the iceberg and we need an inquiry into any matters that show an undue influence by mining companies on government decision-making,” he said.

Paul King of the Oakey Coal Action Alliance (OCAA) said: “The people of the Downs will suffer if this expansion goes ahead.  Health problems like asthma will increase for those forced to live near the mine and groundwater aquifers will drop dramatically.”

Locals must now take their objections to the Land Court to stop the expansion. Final objections to Acland Stage 3 close tomorrow (October 2).

“This matter shouldn't have to go to court. We want the Queensland Government to make good on their promise of clean, open Government now. We need our clean, green food bowl,” Mr King said.

“The company will get all the profits, most of the royalties and in ten years will be gone. Queenslanders will get dusty coal trains running past their houses and a hole in the ground.  How is this a good deal?” he asked.