The town of Acland suffered another nail in its coffin when New Hope mine uprooted the historic St Judes church and moved to another town on the back of a truck - but the community fights on.

New Hope mine removed the church last week despite the fact the State Government is yet to release its findings of a review into the approval by the Newman LNP administration of the expansion of Acland mine stage three. 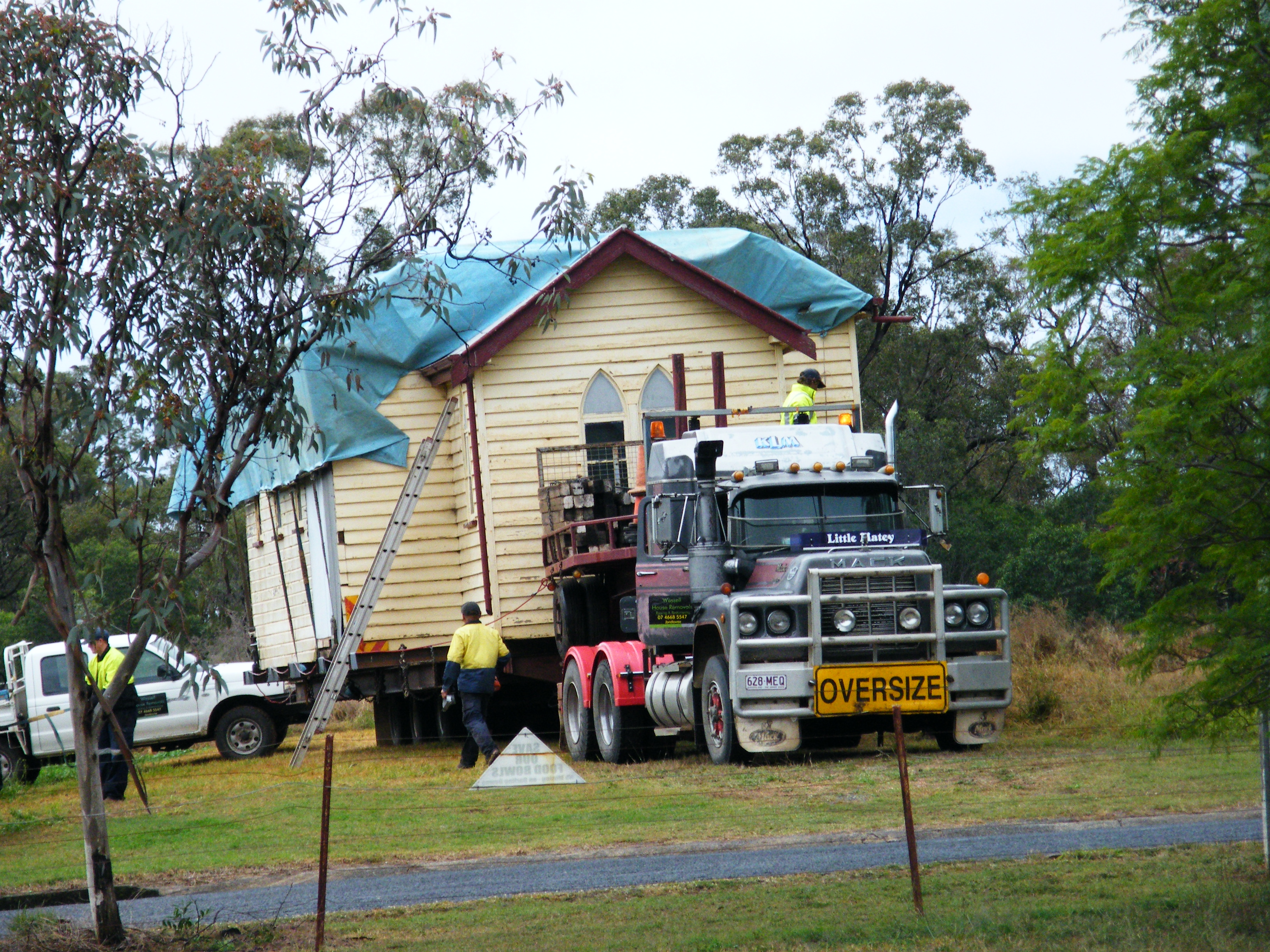 Local resident, Glenn Beutel said New Hope could have restored the church where it stood but chose not to. “They just want to wipe Acland off the map,” he said.

Lock the Gate’s president, Drew Hutton said it was another sad day as New Hope mining company tried systematically to excise the heart and soul of the Darling Downs’ town.

“New Hope has totally disregarded Acland’s cultural heritage and the removal of our little church today is another stab into the hearts of the locals,” Mr Hutton said.

“The company’s intention is to make the town soul-less by removing the buildings, town signs, trees and homes but the locals are fighting on to save what’s left from more mining.”

He said the company had removed homes, the old bank building, about 30 bottle trees and closed the school and the local hall.

The first two stages of the mine caused the removal and destruction of 54 homes from the town and the purchase of up to 80 surrounding family farms.

If the State Government allows the stage 3 expansion to go ahead, it will destroy about 1376 hectares of Strategic Cropping Lands and trigger the sale of the Acland War Memorial and Tom Doherty Park - treasured heritage sites to the local community - to the mining company.

“There are a just a few houses left and the devastating result is a whole community that has been torn apart,” Mr Hutton said.

“The recent actions of the new ALP Government have devastated the local community because it is turning its back on the promises it made to properly scrutinise the mine and its impacts, to hold a public inquiry into political donations and to restore the rights of communities to object to mining.

“In two consecutive state elections the major parties have promised to reject or seriously investigate this mine expansion, and then squibbed it afterward; it’s like groundhog day.

“They think that the economics of selling coal is more important than the farmland it will destroy and the heritage it will ruin but the farming communities around Oakey and Acland haven't stopped battling.”