New coal plans for NSW are larger than Adani's monstrous Queensland mine.

There are now 11 contested new coal projects proposed in New South Wales. These developments will mine more coal and take up more land and water than Adani’s controversial coal mine in Central Queensland.

Read more about the combined impact of the 11 coal mines proposed for NSW here.

UPDATE: since publishing this report some mines have been approved and moved to construction; one has been stopped; other new projects are being assessed. Go here >> for a 2019 update revealing 14 coal projects in NSW that are larger than Adani's mega mine

The state’s strategic farmland and water resources are in jeopardy from mining proposals that would together do damage comparable to Adani’s Carmichael mine in Central Queensland.

Taken together, these eleven new coal projects threaten farmland, bushland and water supplies in New South Wales. In coal volume, in the size of the landscape destroyed and the extent of the water demand, these NSW mines would together be bigger than Adani’s controversial Carmichael coal mine in Queensland. 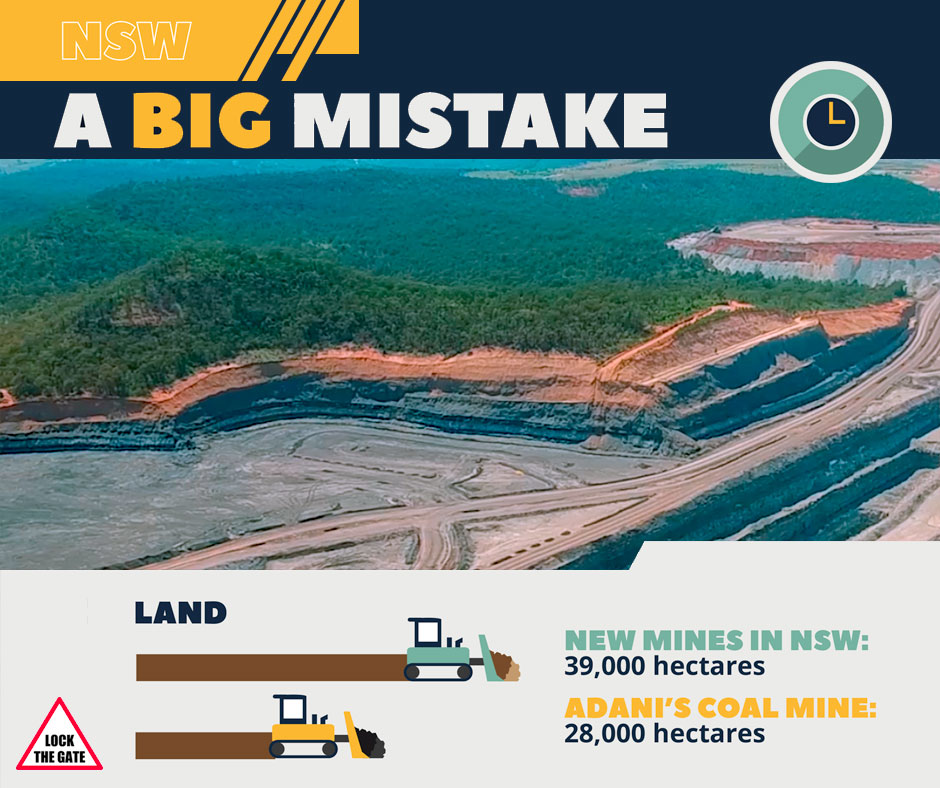