ONE SCREENING ONLY  - DON'T MISS OUT

You are invited to join Lane Cove Coal and Gas Watch for a screening of BLACK HOLE on Monday 5th September at 6:30 pm at Lane Cove Library. 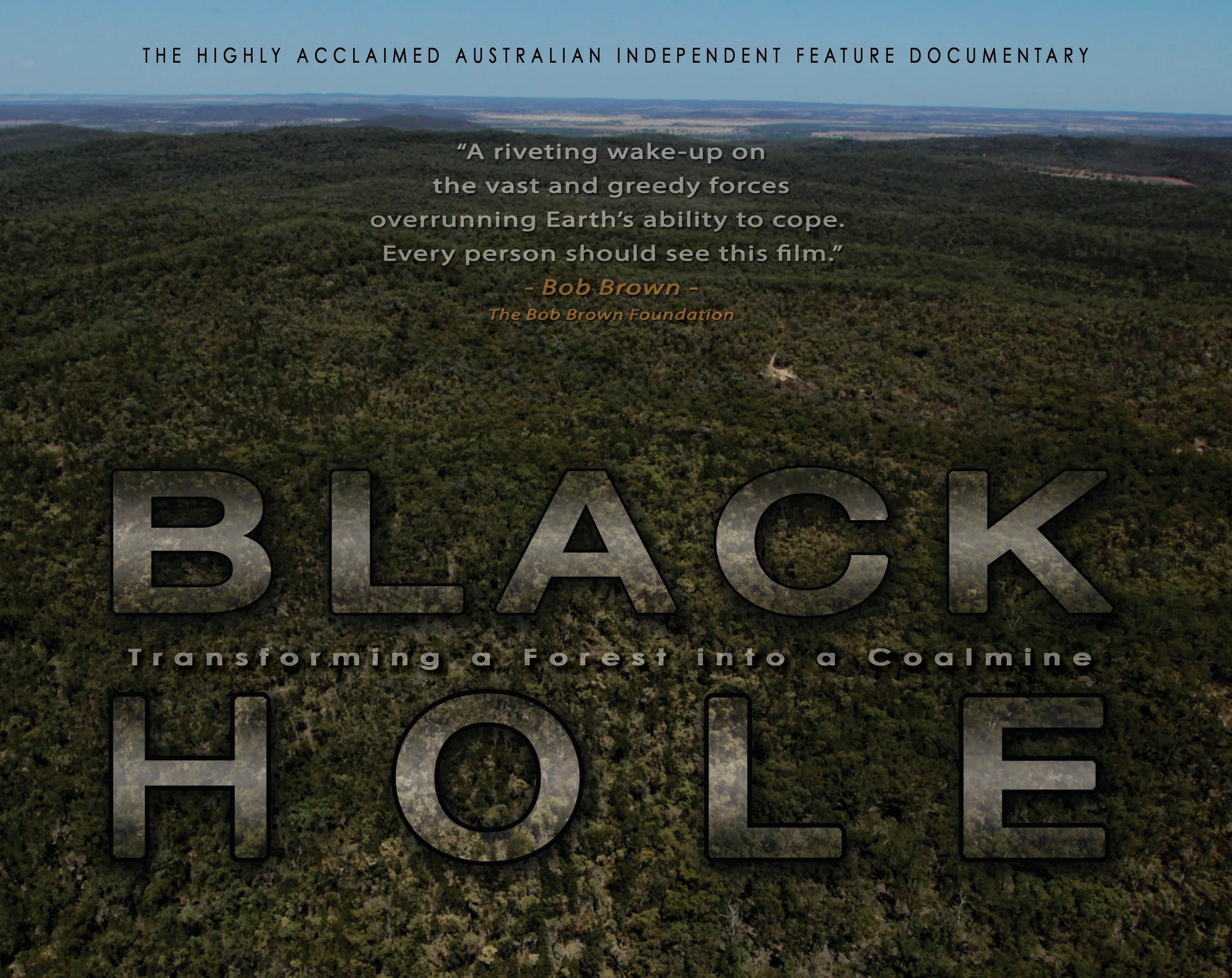 The highly acclaimed independent feature documentary about the fight to save the Leard State Forest in Northern NSW from one of the most controversial coal mining projects in Australia – Whitehaven’s Maules Creek Coal Mine.

“In the four-year history of the event, no film has ever received such an
overwhelming response, complete with a 2 minute standing ovation!”
Livia Cullen - Co - Director of Environmental Film Festival Australia

Set against the backdrop of the mining industry’s ever-increasing thirst for fossil fuels, Black Hole is an intense and riveting exposé of the tensions between large corporations, the Australian government and the community. In this revealing documentary, Director João Dujon Pereira asks us to examine the future of coal, corporate responsibility and the rights governments afford to people vs corporations.
Our guest speaker will update you on the latest developments for neighbouring land holders impacted by this mine today.

ENTRY:  By donation at the door.

REFRESHMENTS: Pizza and Glass of wine provided on the night. BYO Popcorn

A subcommittee of the Lane Cove Bushland and Conservation Society