The report shows that approving the proposed development of shale gas from the Beetaloo Sub-Basin or McArthur Basin would add very significantly to Australia’s greenhouse gas emissions in the critical period before 2030, when we are required by the Paris agreement to achieve significant reductions. 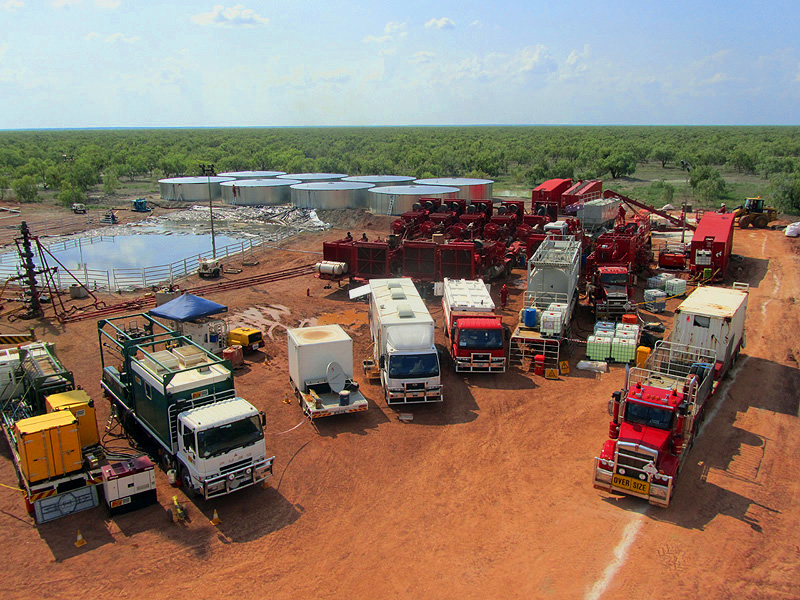 While the NT Fracking Inquiry suggested that emissions from gas production could be offset by savings in other areas, the scale of reductions that would be needed for even the lower level of production is totally impractical.

For example, offsetting the lower
rate of production computed in this study for 5 per cent leakage would require reducing emissions in other areas by more than the entire transport sector.

Even the heroic assumption that fugitive emissions could be constrained to 1.7 per cent – a lower figure than any measured for any shale gas development – would still require offsets comparable to the emissions from all industrial processes.

At the higher production rate for which emissions have been calculated, even assuming unprecedented success in reducing leakage and using the 100-year timescale instead of 20 years, the scale of offsets required would be about the same as all emissions from the entire transport sector. There is no conceivable way of achieving reductions on that scale before the 2030 deadline for us to meet our Paris obligations.