New research by Lock the Gate Alliance identifying the scale of coal company ownership of farmland in Gunnedah and Narrabri Shires shows the impacts of mines go well beyond their footprint, and there is urgent need for the State Government to reconsider its blanket support for expanded coal mining in farming districts.

Lock the Gate has released the results of extensive research into the area of land now under the ownership or control of coal mining companies.

The results show coal companies own 34,522 hectares of land in Gunnedah Shire and 48,427ha in Narrabri Shire, with the largest holdings in the hands of Chinese company Shenhua, for its Watermark coal project and majority-foreign-owned Whitehaven Coal, which has extensive holdings in Maules Creek and near Baan Baa.

Willala farmer Alistair Donaldson said, “When you look at the amount of good farming land in the Hunter that is in the hands of the coal mines, and you see it happening out here, it’s clear that there is a big problem with multi-national coal companies buying up the north-west, but that we’ve got the chance to put a halt to it before it gets out of control.”

“When the Government approves new mines and mine expansions, it’s not just the footprint of the mine that gets affected, but a ring of productive farmland is bought up and wasted.

If the Shenhua mine gets approved by the Planning and Assessment Commission, there are 25 more properties that are on the “acquisition list” because the mine will have unacceptable noise and air quality impacts. When the Maules Creek coal mine was approved, 12 properties were listed to be acquired. Altogether, coal companies own more than 300 parcels of land in the Narrabri and Gunnedah regions.

“This is how rural communities are torn apart by mining, as multi-nationals buy up the land and leave it to weeds and waste. This State Government is failing farming and unless they take action and make farmland and important forests off-limits to mines, it’s only going to get worse.”

Full details of the research and its findings are available here: http://www.lockthegate.org.au/flogging_the_farm 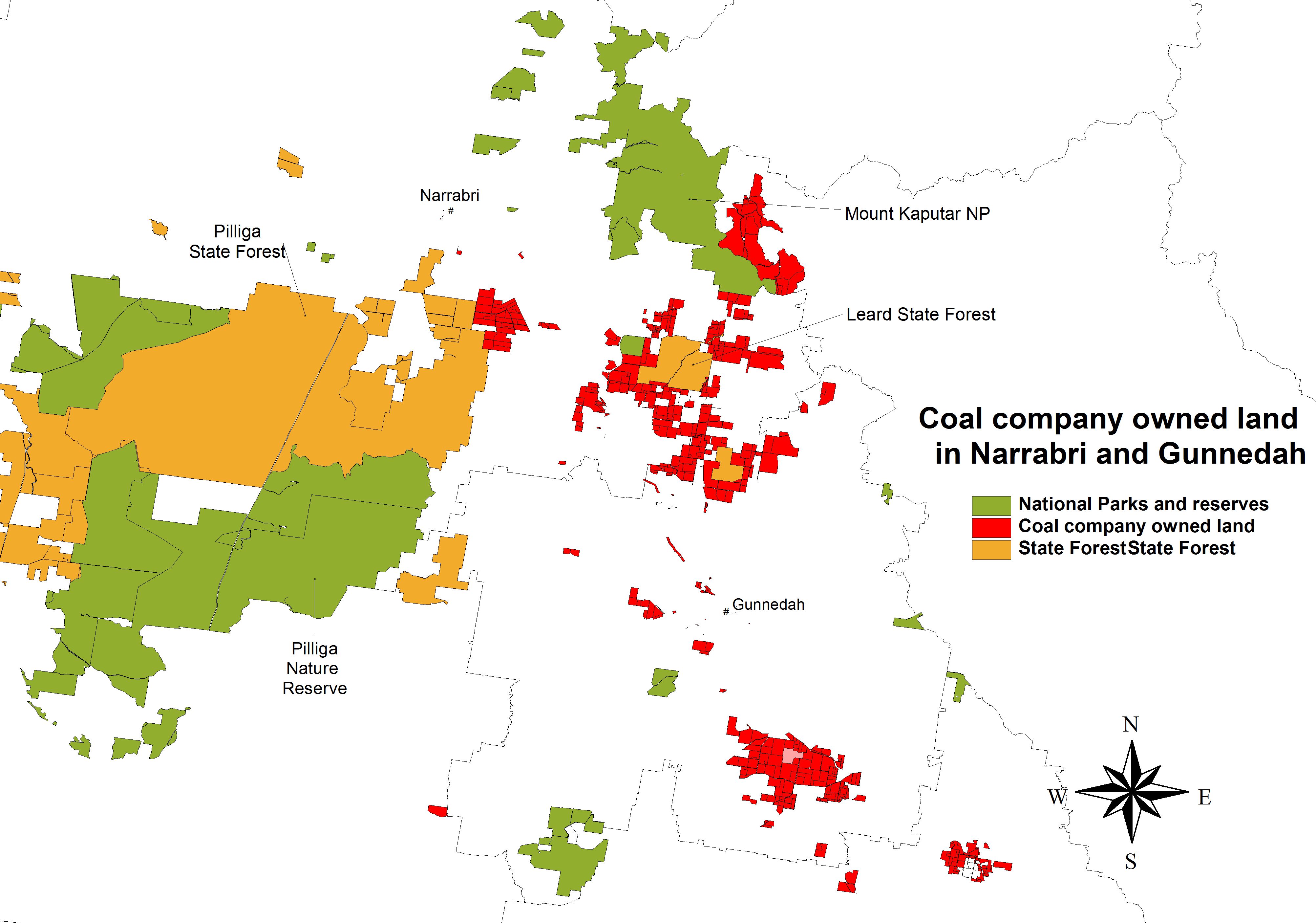