Concerned community members gathered at the New Hope Annual General Meeting (AGM) at Ipswich today to plead with the company’s shareholders to help landholders who will be negatively affected by proposed New Hope coal mine expansions.

The event focused on New Hope’s proposed expansion of the Acland mine stage 3 on the Darling Downs and the proposed Colton mine on the Mary River, near Maryborough – both which will have devastating impacts on local famers, landholders and communities. 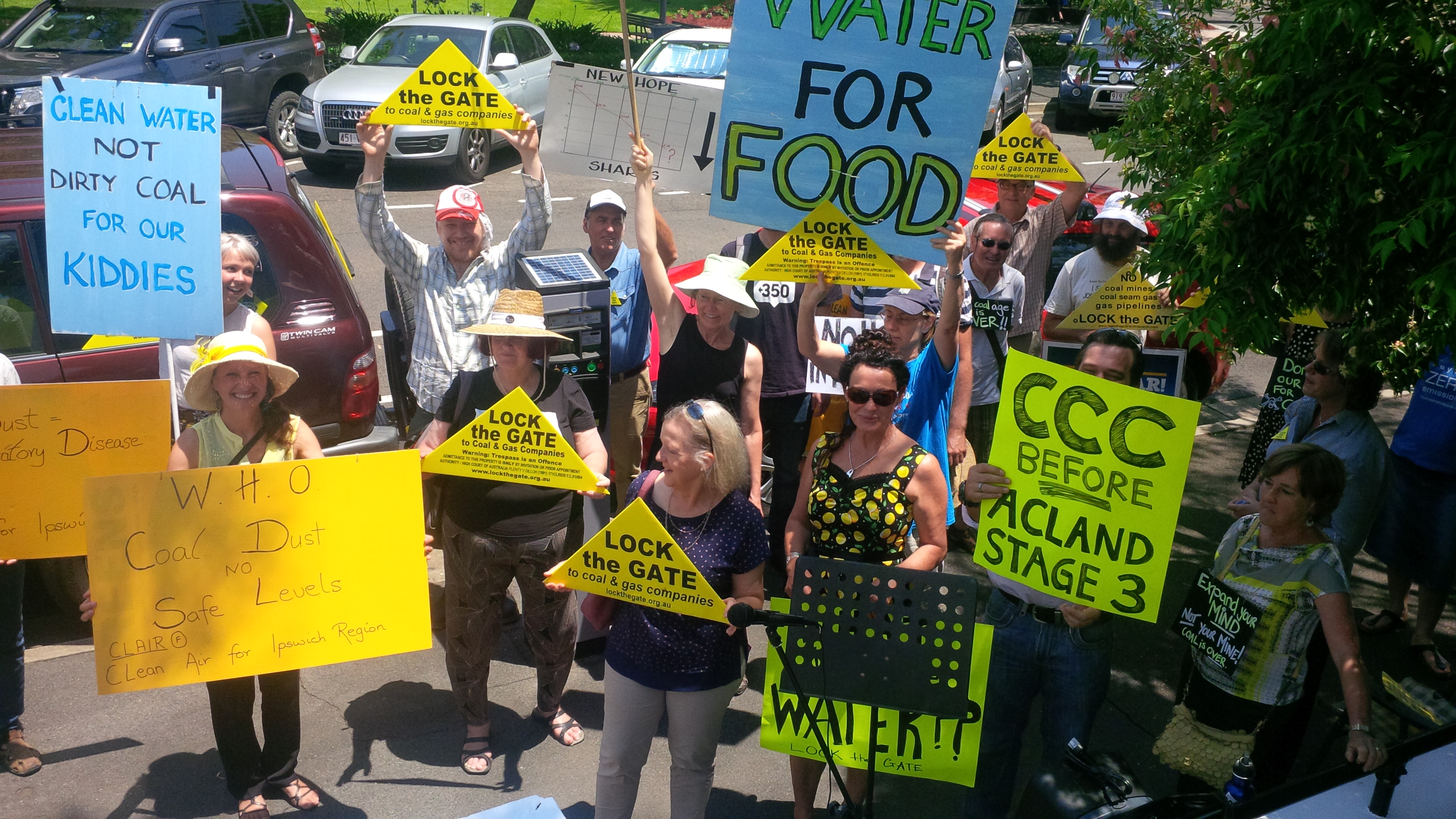 Those impacted by both of the proposals have been forced to go to the Land Court in a last-ditch effort to protect their farms, water resources, health and lifestyles.

Both mines continue to be a major test for the Queensland Government, even as the mining industry and Mines Minister Anthony Lynham are trying to limit the accessibility of impacted people to the court system and restrict the time limits even further.

Acland Stage 3 coal mine expansion will destroy rich food lands and water resources on the Darling Downs.  The Colton coal mine will threaten the health of Aldershot residents, who live just 2km away, and will discharge polluted waste water into the Mary River upstream of the Great Sandy Strait.

Lock the Gate has asked the State Government to stop both mine proposals and to conduct a far-reaching public inquiry into political donations and mining in Queensland, including investigating $950,000 in donations made by companies associated with the Acland mine to the Liberal/National Party.

Background Facts on the Proposed Acland Coal Mine Expansion

The Acland Stage 3 Coal Mine:

Background Briefing on the Colton Coal Mine

The proposed Colton Coal mine is planned for construction just 11km north of the major coastal centre of Maryborough and 20km west of Hervey Bay, in the Wide Bay Burnett region.

The Colton mine is a proposal for a 0.5Mtpa open cut coal mine to operate for ten years. The mine will be dug on public land in an important biodiversity corridor.

The township of Aldershot is located just over 2km from the proposed open cut mine site.

There are over 1042 residents in Aldershot whose health, property values and well-being are all under threat because of this risky coal mining venture. The local community is concerned about air quality from dangerous dust pollutants and from potential contamination of their rainwater drinking tanks - which they rely on, not having access to any other water supplies.  They are also worried about increased noise impacts from the mine