Queensland’s iconic Channel Country is under threat, with plans by multinational company Jemena to construct a pipeline through the fragile region that would transport fracked gas to Queensland’s LNG export terminals at Gladstone.

Worryingly, the company, which is owned by China State Grid and Singapore Power, is not proposing to apply the federal water trigger, which means it doesn’t need to consider the impacts on those river systems for the purposes of the Environment Protection and Biodiversity Conservation Act.

According to Jemena’s submission, the proposed Galilee Gas pipeline would travel from the company’s planned Glenaras gasfield in the Galilee Basin through the Channel Country Strategic Environmental Area on the Barcoo River.

The pipeline would cross 18 major watercourses in total, including the Maranoa and Warrego rivers, and nine watercourses that are located in the environmentally sensitive Lake Eyre Basin.

The Glenaras gas project itself is also likely to have a significant impact on well-recognised groundwater resources, including aquifers of the Great Artesian Basin.

Channel Country grazier Angus Emmot said if approved, the pipeline had the potential to inflict serious environmental damage on the region.

“The Channel Country is already under threat from numerous mining and gas proposals, and this would be yet another project that would irreparably damage the fragile landscape here,” he said.

“The Channel Country and its communities rely on water being able to flow freely across the land as it has for milenia.

“Industrialisation of the region will interrupt those flows and cause erosion as well as increasing the spread of invasive weeds.

“Much of this region remains in severe drought, so it is particularly diabolical that Jemena would seek to push this project through without applying the federal water trigger.”

The revelation about Jemena’s plans follow reports the company is eyeing off a taxpayer funded NAIF loan.

The submission period for the EPBC referral closes tomorrow (August 2). 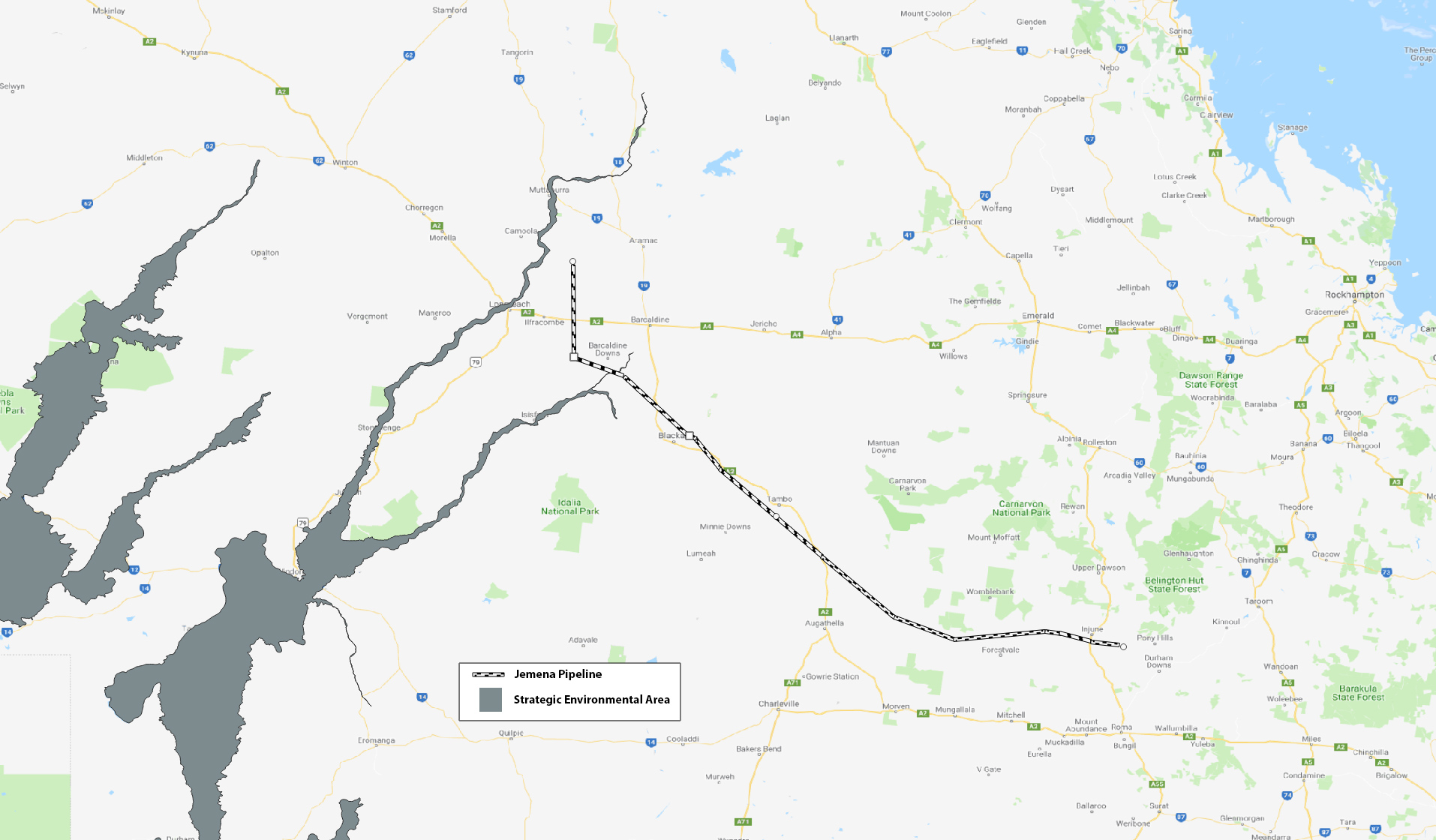