The communities are defying the State Government’s draconian laws extinguishing our rights to object to mining proposals, passed secretly last week, despite the LNP’s Andrew Cripps’s promises that that wouldn’t happen.

This was one of the largest declaration ceremonies in the history of the Lock the Gate Alliance and demonstrates the growing discontent of ordinary people against the bullying tactics of the Campbell Newman government.  The declarations follow several months of community meetings and surveys indicating that a minimum of 90 per cent of residents in each of these communities demand to be mining free.

Spokesperson for Coal Free Wide Bay Burnett, Vicki Perrin said the amendment, passed in the late hours of the night, was “underhanded and undemocratic”.

“The LNP will regret its disgraceful behavior at the next state election when they lose a swag of seats directly because of this amendment,” Ms Perrin said.

“Today’s community declarations are just the start and we encourage others all around this state to fight for your rights and stop this undemocratic government/mining juggernaut.

“If they want protection from mining we know it’s up to us now, forget the self-serving politicians and greedy mining companies. The people are no longer represented nor are we protected.”

She said the New Hope Coal’s proposed Colton Coal Mine at Aldershot, near Maryborough would impact people more than 100 kilometres away in Bundaberg because uncovered coal trains would travel through the centre of the town to get to Gladstone.

“The coal and coal seam gas industry seriously impacts our food lands, clean water and the air we breathe,” she said. “It affects the way we live our lives and our state’s tourism. It’s just not fair.”

Wolvi resident, Nari Lindsay said: “Everybody today had a chance to voice their discontent with the current cosy relationship between mining and politics. We will protect our community from these invasive extractive industries.”

Ms Perrin urged the gathering to support the People’s Common Rights and Provisions Bill 2014 that calls for a return to democracy for everyone, not just mining barons. 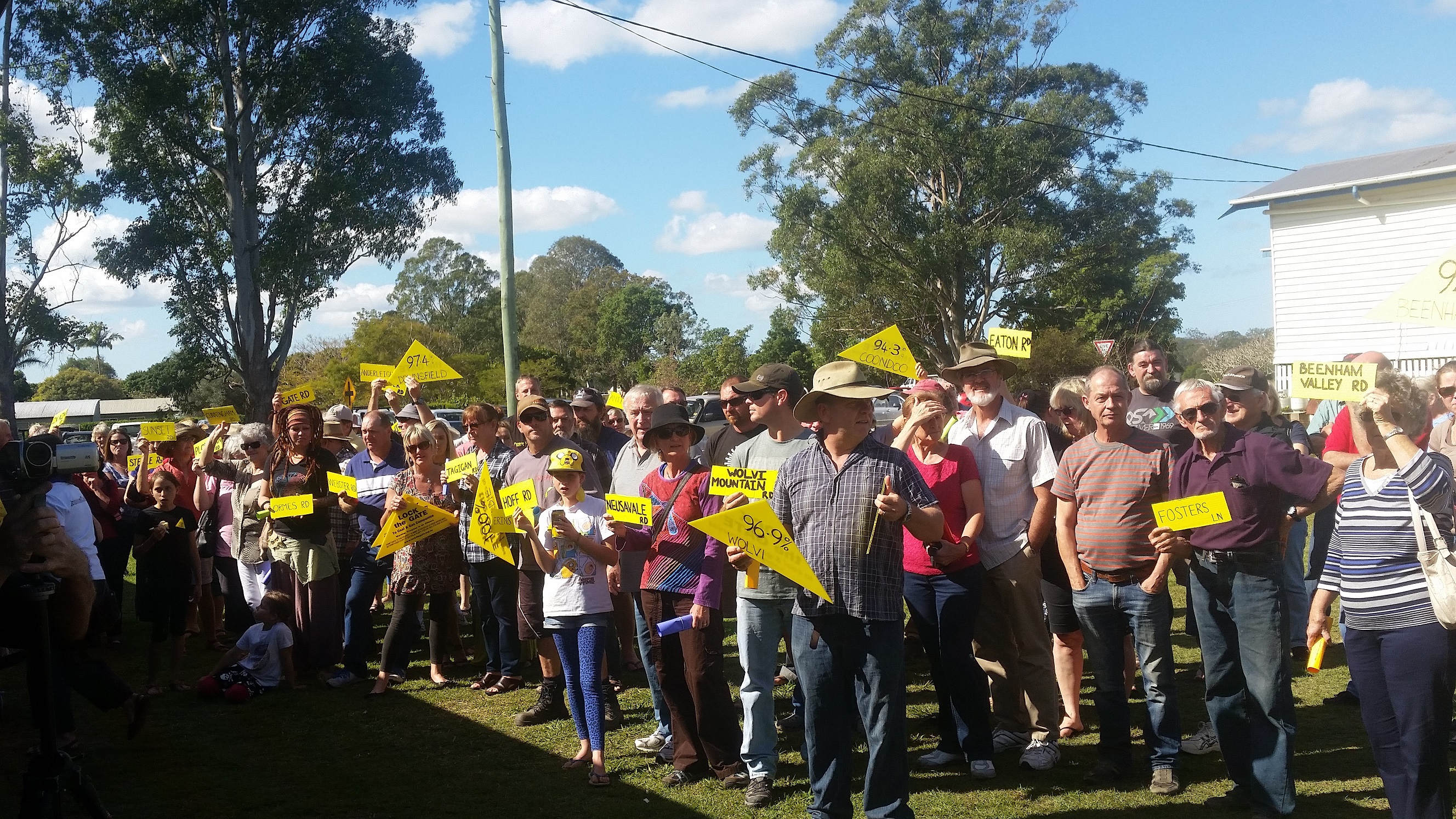