Groundwater impacts of coal mining in the Galilee Basin

The Draining the Lifeblood report [PDF 4MB], and updated estimates of cumulative water impacts, raise alarm bells about the potentially devastating impacts on groundwater resources from 9 proposed new 'mega' coal mines in the Galilee Basin, Central Queensland.  This report is the first to attempt an assessment of the likely cumulative impacts of all 9 mine proposals.

The report was released in September 2013 and new estimates of groundwater impacts have since been provided to the regulator. 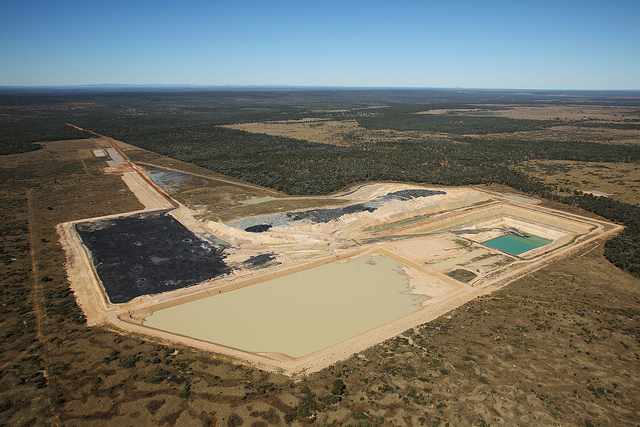 You can read updated estimates of cumulative water impacts here.

Key Facts from Draining the Lifeblood: 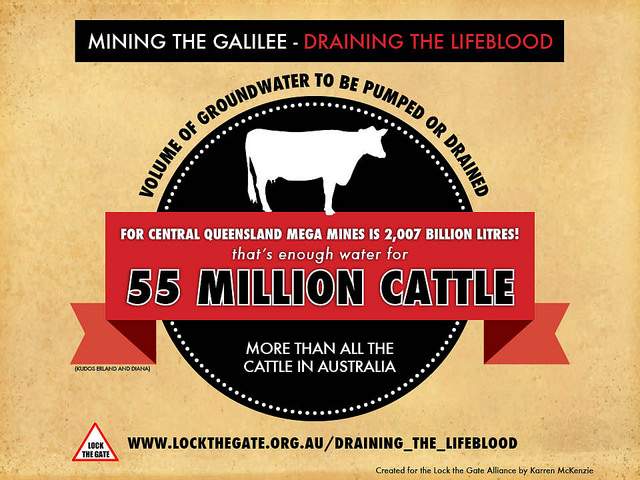 The report “Draining the lifeblood: the impact of Galilee Basin coal mining on groundwater resources” exposes the failure of the Queensland and Federal Governments to assess the cumulative impacts of the mines or to heed warnings about the risk of impacts on the Great Artesian Basin.  Both governments continue to approve the mega mines, one by one, despite the uncertainty.

The report was written in consultation with former senior Queensland government officer Tom Crothers, who served as the state’s General Manager of Water Planning and Allocation.

See Tom Crothers explaining the findings and significance of the report here:

The first two coal mines approved in the Basin, the Alpha mine and Kevin's Corner, are currently being challenged by landholders in the Queensland Land Court. The third, Waratah Coal's "China First" project has been approved but is currently on hold while Waratah is investigated for allegedly breaching environmental regulations during exploration.

The report was commissioned by Lock the Gate Alliance and written in consultation with Mr Crothers.