The overwhelming lion’s share of benefits to be reaped from the Morrison and Gunner governments’ foolish decision to jointly spend $217M of taxpayers’ money on roads to prop up the gas industry in the Beetaloo Basin looks set to go to a “junior” oil and gas company following a takeover announcement.

It was reported this morning that Empire Energy is likely to obtain full ownership of Pangea, the only gas company active in the specific part of the Beetaloo to benefit from the Northern Territory’s Gas Industry Roads Upgrades program.

Almost all of the joint road funding ($174 Federal/$43 million Territory) would be spent to upgrade the Buchanan Highway, Western Creek Road and Gorrie Dry Creek Road - all roads that run directly into three exploration licences (EP 167, 168, 198) owned by Pangaea (see below map).

The news comes after Four Corners revealed many gas companies had made significant donations to political parties in the lead up to the Morrison Government announcing its heavily criticised “gas-led recovery” plan to waste taxpayer funds propping up the polluting industry.

Empire Energy is also a prolific political donor, having given $25,000 to both the Country Liberal Party and Territory Labor in the lead up to the last election (Source here. Follow Political Parties > Gifts received over the threshold > Aust Labor/Country Liberals).

The roads funding is also unlikely to be the only public money Empire uses in its attempt to frack for gas in the Territory, with fracking companies able to access Commonwealth grants of up to $7.5 million per gaswell, up to three wells.

Protect Country Alliance spokesperson Graeme Sawyer said the waste of taxpayer funds on the fracking industry was out of control.

“It is ludicrous that we as taxpayers should be handing out hundreds of millions of dollars to greedy gas companies, who seek to pollute land and water and disrupt communities,” he said.

“These fracking companies should not be reliant on hand outs. The fact that they appear to be demonstrates the risk that gas projects may become stranded assets. That means the Territory taxpayer could be in for a double whammy - first bearing the cost of helping the industry establish itself, and then paying to clean up fracked gasfields and infrastructure when these companies go broke.

“This drunken sailor spending must end. For the sake of all Territorians, the Morrison and Gunner governments must redirect this money away from the risky fracking industry and towards proven, sustainable initiatives with a guaranteed return on investment.” 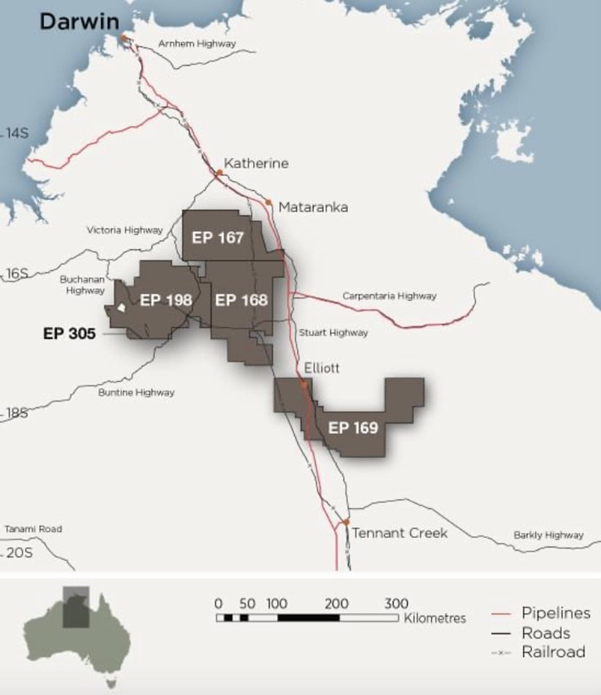