Residents of Fairfield and surrounding suburbs voted at a community meeting yesterday to make their suburb coal dust free for the sake of their health.

They are concerned about the amount of coal dust blanketing their region already, and the threat of even more dust from the expected increased number of coal trains.

The ALP Member for Yerongpilly, Mark Bailey who is Minister for Ports, Energy and Water, attended the meeting at the Fairfield Christian Family Church hall along with more than 40 locals.

Karin English said particulate pollution from coal dust was a proven carcinogen with no safe exposure threshold. She said children were most at risk and that uncovered coal loads should not be allowed near schools or childcare centres.

Coal trains run through 21 Brisbane suburbs on the way to the Port of Brisbane near Wynnum. Mr Kane said nine million tonnes of coal travels through Brisbane each year and the figure could increase to 20 million tonnes if New Hope’s Acland mine expansion were approved along with other proposed mines.

“A recently-released CAQ coal dust study found that coal trains travelling through Fairfield were emitting particulate pollution 900 per cent higher than background levels,” he said. “That’s a major worry for locals breathing in this coal dust.”

Sid Plant lives near New Hope Coal’s Acland coal mine, the starting point for most trains travelling through Brisbane. He said that if the proposed Acland stage 3 expansion were approved, Brisbane residents could expect a doubling of coal transports through their suburbs.

Mr Plant said mines had destroyed agricultural businesses and farmland in his region.

Local Fairfield resident, Frida Forsberg said: “Residents of Fairfield and others along the train line can’t understand why governments past and present haven’t made the mining companies cover the wagons so the coal dust can’t escape,” she said. “Surely that’s not too much to ask for the sake of our health and well-being?” 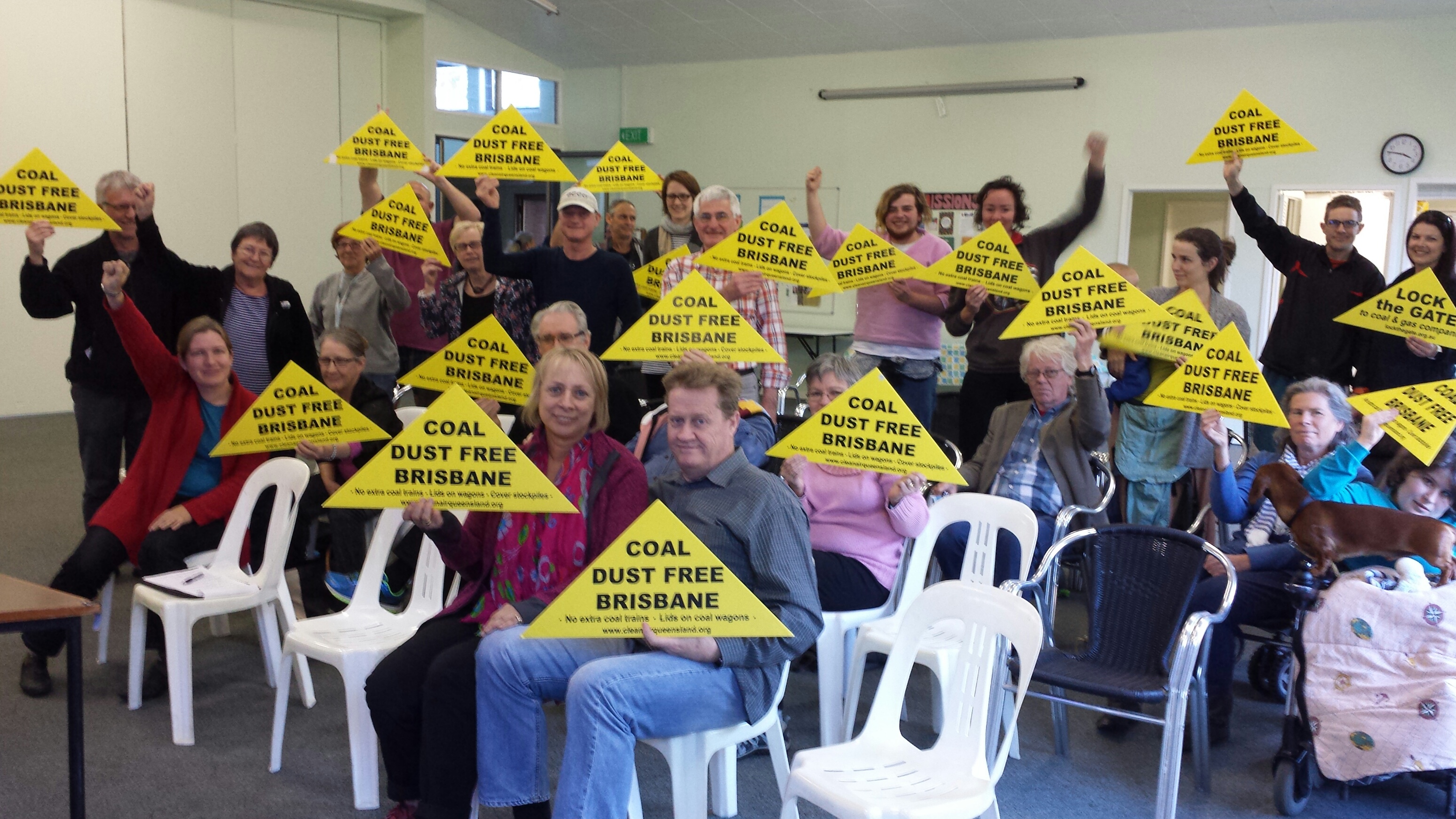