The Hopeland community in the Western Downs yesterday celebrated saying NO to coal seam gas (CSG) taking over their farmland, threatening their water supply and ruining their lifestyle.

About 30 locals gathered at a local property where Rev. Graham Slaughter of the Uniting Church accepted the declaration saying a massive 85 per cent of locals did not want the invasive gas.

The Hopeland Community Sustainability Group organised the event as a celebration of people-power against multi-national mining companies, determined to intrude onto some of Queensland's best grazing and cropping land.

Speakers included the group’s spokesperson Shay Dougall, general practitioner Dr Geralyn McCarron who spoke about the health concerns surrounding CSG and Lock the Gate’s, Drew Hutton who outlined the failure of governments - past and present - to protect local communities and farmlands.  International performer, singer-songwriter, Pamela Fay made the event complete with her beautiful singing voice.

Mrs Dougall said: “Hopeland farmers are exceptional business people. Farming is a business with a finite and delicate resource and a product with a premium and clean and green reputation, including some significant operations in Hopeland that are certified organic and biodynamic.  There is no room here for CSG which is in opposition to these principles.”

The Hopeland community is the first in the region to take such a bold step. Mrs Dougall will also present the declaration to Independent Senator, Glenn Lazarus at a public rally in Brisbane at Parliament House on Thursday. 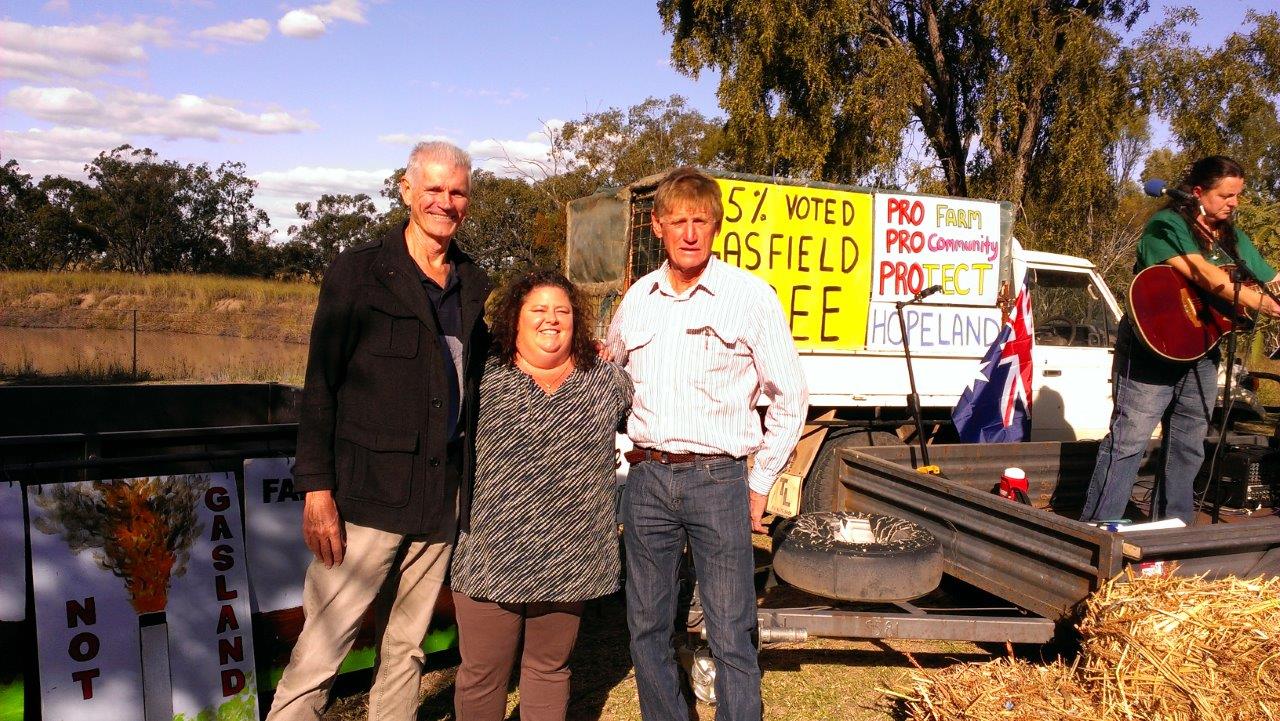