The Djungan people of Queensland’s southern Cape York area are elated that the threat of coal seam gas exploration and mining at Ngarrabulgan (Mt Mulligan), pictured above, has passed for now.

Last week, the Djungan learned that the application for an Authority to Prospect had been withdrawn on this month, after the exploration permit was surrendered in mid-March. Elder Alfie ‘Pop’ Neal, as spokesperson for the Djungan, and for Ngarrabulgan, today said on behalf of his extended family that he would like to thank everybody from across Australia who helped in the fight to save the Mountain.

Ngarrabulgan, as the oldest occupied site in Queensland, is a sacred place for the Djunan people who have had an ongoing struggle to prevent mining and to control the future of the site. Most recently, Elders have spoken up against coal seam gas mining at rallies, campaigns and awareness raising tours across FNQ and as far as the NT, arguing against the highly destructive fracking process.

Judulu, chairperson of the Ngarrabulgan Native Title Aboriginal Corporation, said that while it is a relief to have the CSG application lifted from the Mountain, unconventional gas mining using fracking remains a threat across the whole of the north of Australia. He highlighted the mining industry’s unlimited access to water and potential contamination of aquifers as “unacceptable”, saying that it must be “stopped at all costs”.

“That water is needed for people, for farming, and for the ecosystem, not just now, but for future generations. Fracking is an attack not just on the Woomera nation, but on all Australian people. We Djungan support the calling of a moratorium on fracking across Australia,” he said.

Speaking on behalf of the Board, Judulu formally acknowledged the support from a broad cross-section of the community, including Lock the Gate and its affiliates, the Knitting Nanas, pastoralists, the Greens and Senator Larissa Waters, Katter's Australian Party and Cook electorate candidate Lee Marriott, and the Douglas and Cook Shire Councils. He says the obligation under Law to look after the land must now be met with a strategic plan that addresses the spiritual, cultural and social needs and aspirations of the Djungan people.

Anyone wanting to be involved with this will be welcomed, and can contact the Ngarrabulgan Native Title Aboriginal Corporation at [email protected] 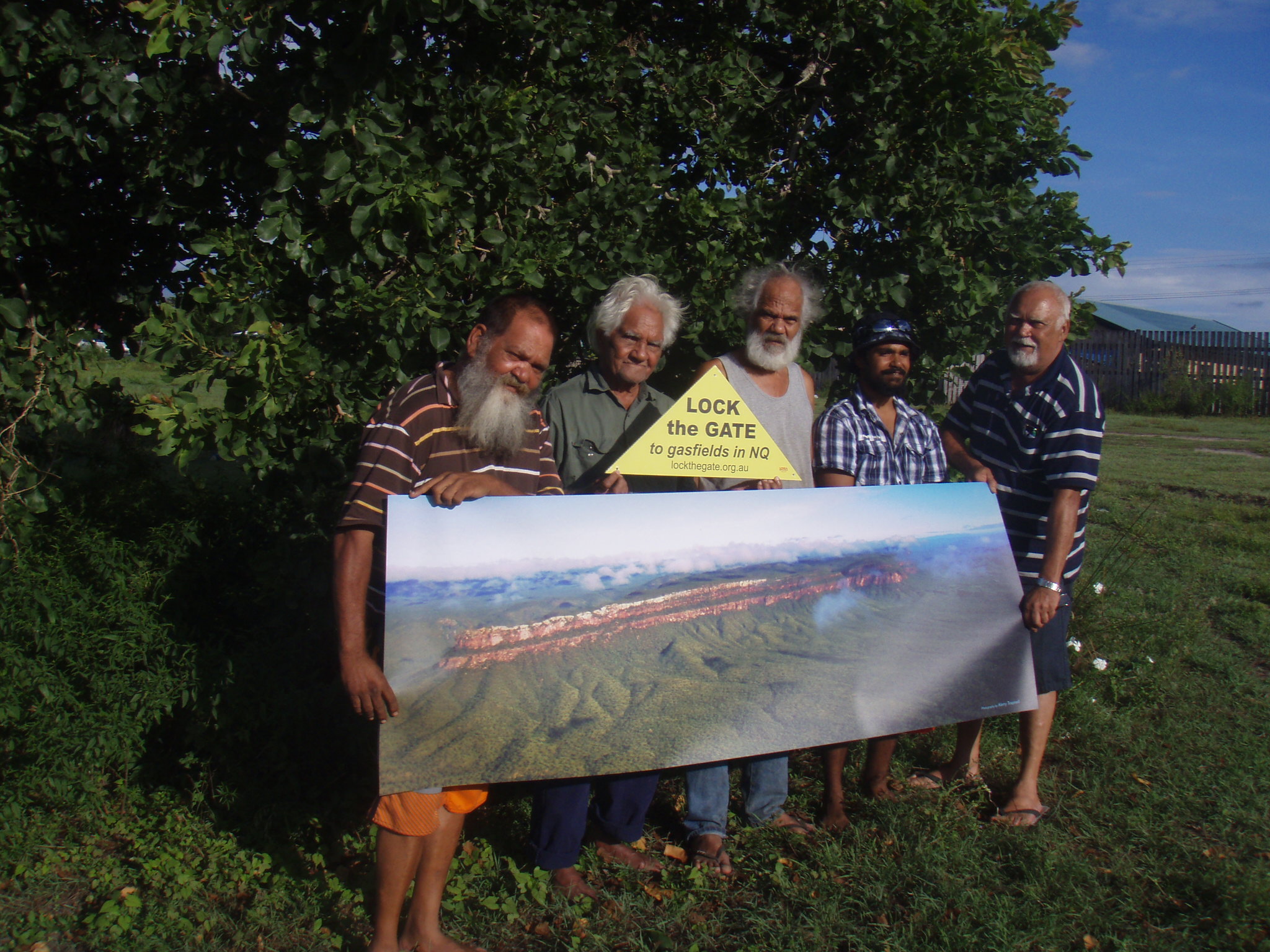