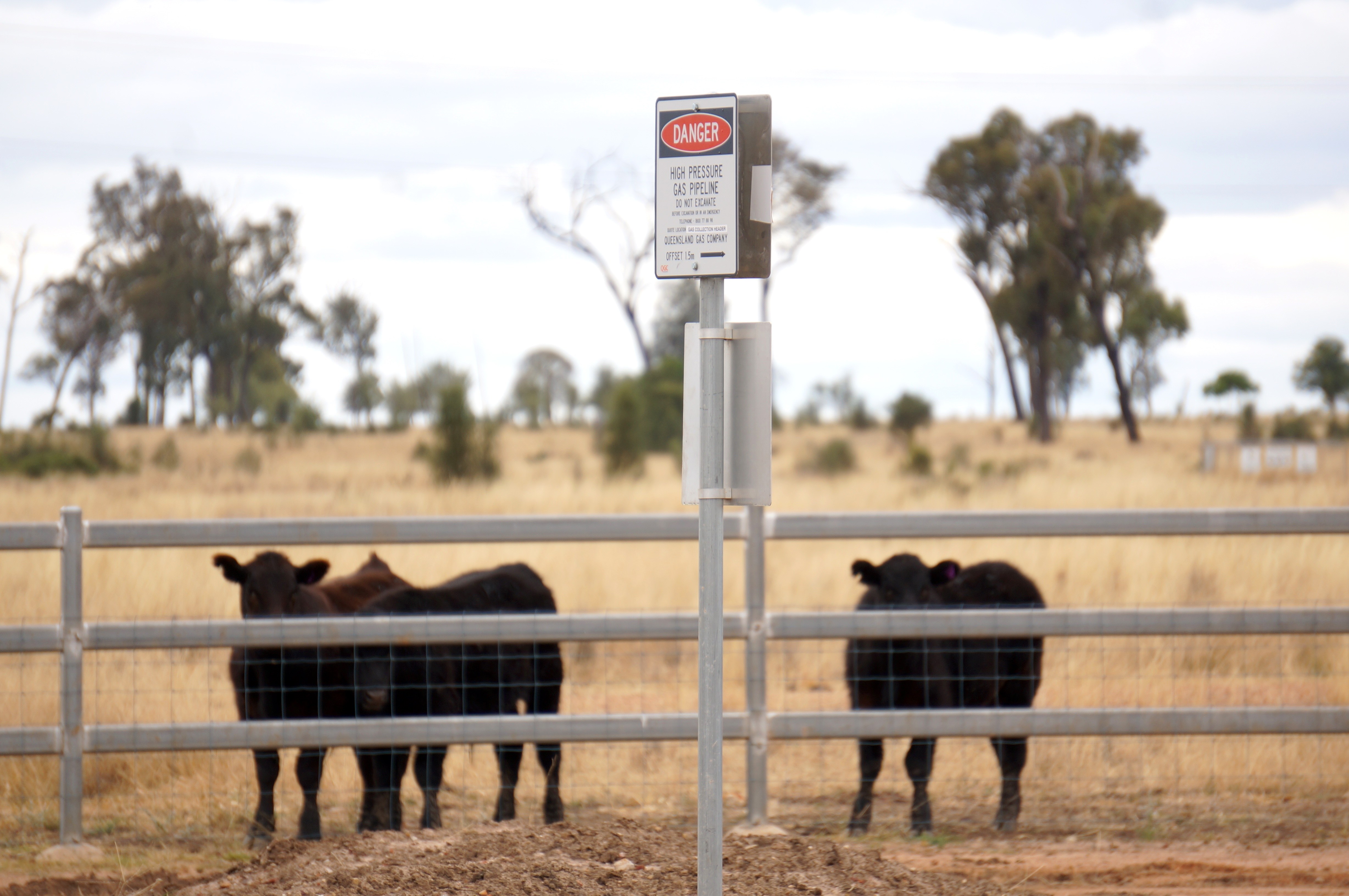 Unfortunately the reality of unconventional gas development is very different.

Research and statistics from unconventional gas development in Australia reveal that these promises just don’t stack up and that there are a range of negative economic impacts following gasfield industrialisation. 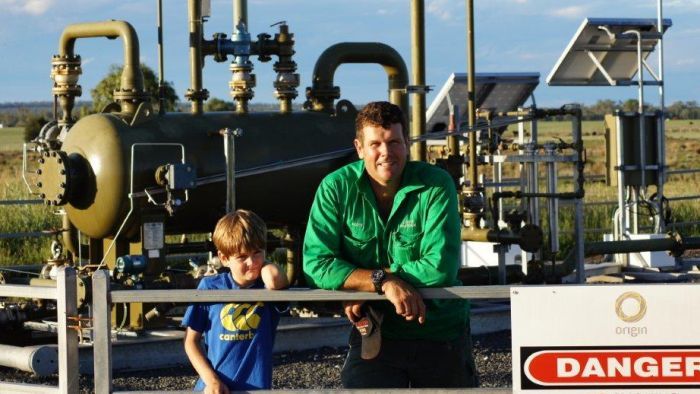 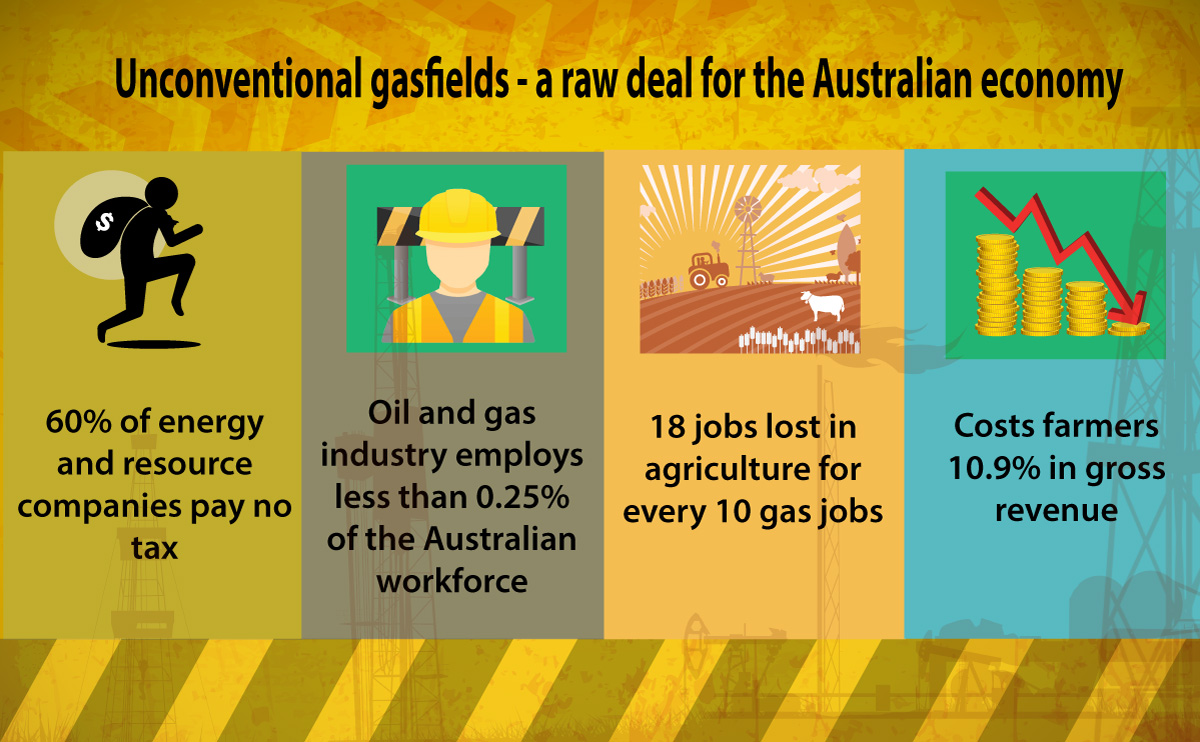 Gas companies often cite the amount of money they invest or the value of the gas they sell as proof of the economic benefits of their projects. However, these numbers say little about benefits for Australians if the money invested in a project is spent on equipment from overseas, profits flow to foreign investors and the companies pay little tax or royalties.

The oil and gas industry in Australia is over 80% foreign owned, which means that the vast majority of the profits flow to overseas owners and are not spent in the local economy. To date, the unconventional gas industry in Australia has shown a preference for sourcing materials and equipment from overseas, thereby denying any benefits to Australian manufacturers. For example, the huge LNG export facilities at Gladstone in Queensland were entirely designed and built overseas by global oil and gas engineering company Bechtel.

There are two ways in which Australian governments levy the petroleum sector for its inputs so that Australia (theoretically) receives a revenue for the nation’s finite reserves of oil and gas – through resource taxation and through royalties. All onshore oil and gas projects in Australia are subject to State or Commonwealth royalties of 10%. They are also subject to the Petroleum Resource Rent Tax (PRRT), a profit-based primary resource tax. In addition, oil and gas companies are subject to corporate and other taxes that are paid by all companies in the economy. 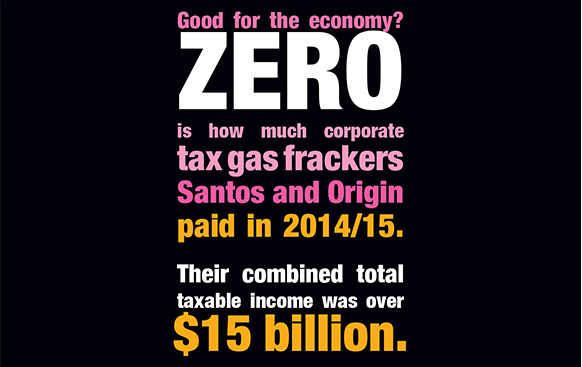 “By 2021 Australia will eclipse the Persian Gulf state of Qatar to become the world's biggest exporter of liquefied natural gas. In that year, Qatar's government will receive $26.6 billion in royalties from the multinational companies exploiting its offshore gasfields. According to Treasury estimates, Australia will receive just $800 million for the same volume of gas leaving our shores.” Tax Justice Network