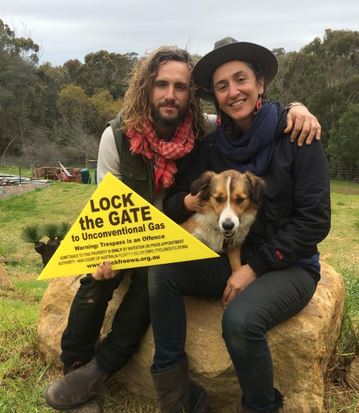 Western Australia is shaping up as the next big battleground in the national campaign against fracking and unconventional gas, with John Butler Trio preparing to hold two major ‘Frack Off’ concerts this weekend, in Margaret River.

Close to 10,000 people are expected at the two concerts, which will also be livestreamed into the Perth Cultural Centre, and streamed live on WTV across Perth and the rest of Australia.

Other artists supporting the event include Mama Kim, The Pigram Brothers and Ten Cent Shooters.

“Western Australia is shaping as the next big battleground in the fight against fracking and unconventional gas in Australia nation-wide” said Carmel Flint, Campaign Coordinator with Lock the Gate Alliance.

“The two concerts this weekend, livestreamed across the country, signal that the people of Western Australia are not prepared to stand by while their land and water are put at risk.

“In the lead-up to the WA election in March 2017, it’s clear that fracking and unconventional gas will be one of the mostly hotly contested issues that is likely to shift votes.

“Communities across the eastern states and the Northern Territory have risen up against the failure of governments to protect existing agriculture and tourism industries, or natural icons and cultural sites, from invasive gasfields.

“Now communities in the west are the latest to feel the burn of poorly regulated, risky unconventional gas mining, putting their state under threat.

“These concerts are putting all WA political parties on notice that they need to protect food-producing land, water resources and iconic natural and cultural sites.

“The concert will have speakers from regions threatened by gas mining across the state, including Yawuru man Micklo Corpus from the Kimberley and Mariah de Cerquiera from the South West” she said.

The concert will be livestreamed from 8.30pm AEDT on Saturday 26th November on West Television WTV at http://www.wtvperth.com.au/.

MEDIA are asked to register to attend the event.  There will be a press call with John Butler, speakers and the other artists at the event on Saturday November 26 at 1pm, 3 Oceans Winery, Bussell Highway Cowaramup.

John Butler, who lives in the south west, said he had organised the event to make sure all West Australians were made aware of the march of the invasive gas industry and fracking in WA.

“This is happening here and right now but we can do something to protect our land, our water and our health. It’s our country and its our water and we need to send a clear frack off message to the pirates who want to put our drinking water resources, our air and our futures at risk for short term gain,” Mr Butler said.

“These concerts will be massive and will send a loud and clear blast to the state government that the unconventional gas industry is not wanted in WA.

“This will be a major election issue in the March poll.”