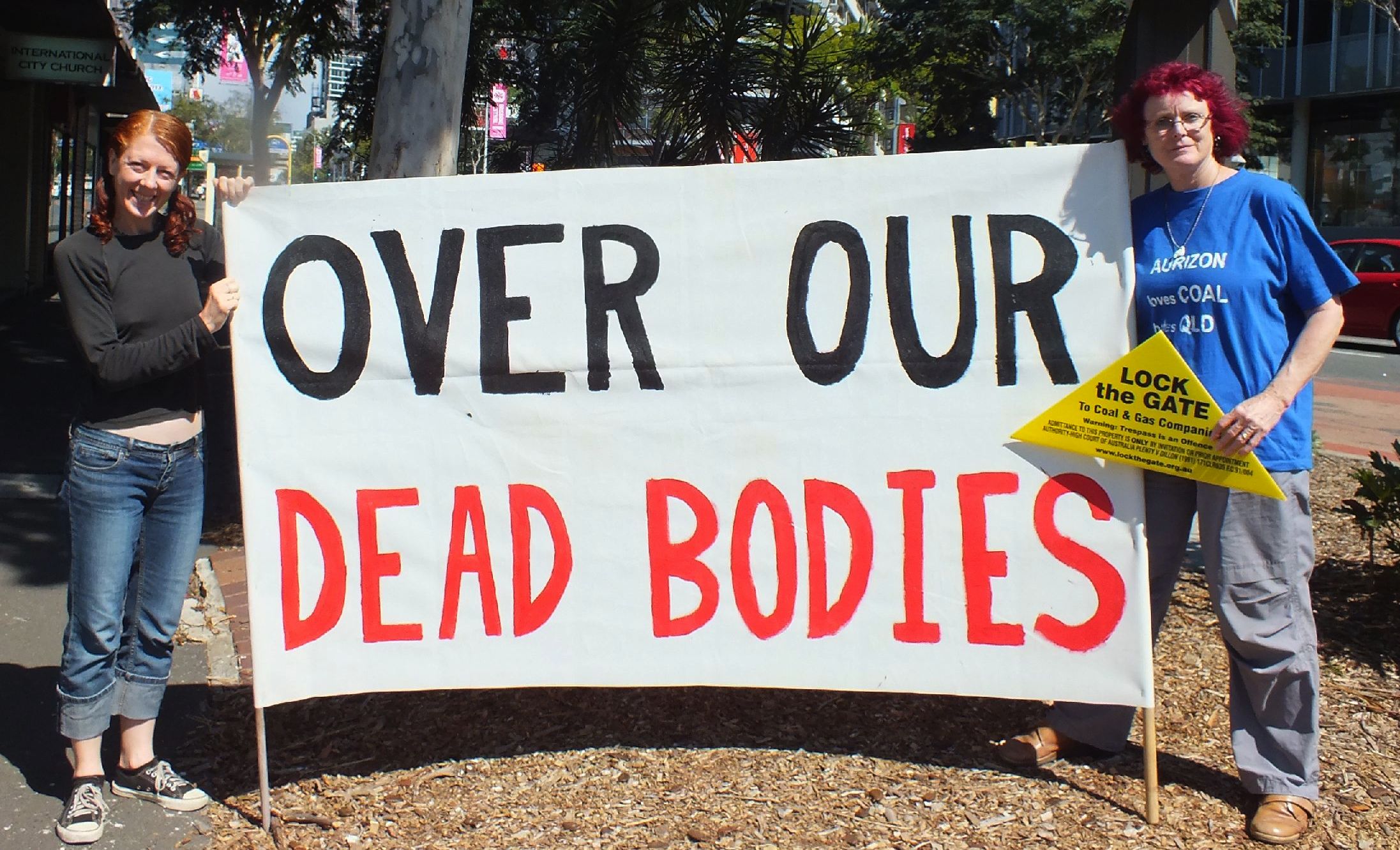 Lock the Gate secretary, Sarah Moles, has joined a Brisbane hunger strike to protest Aurizon's role in exporting coal from proposed mega-mines in the Galilee basin.

“Aurizon have ignored the legitimate concerns of the community,” Ms Moles said.

“Aurizon's role in supporting mega-coal mine expansion into the Galilee Basin will cause untold damage to water resources in the region - dewatering aquifers, drawing down farm water bores and mining across creek systems.  It is pitting itself against the beef industry in Central Queensland.

"Aurizons part in these developments will also make it part of plans for another massive dredging project in the Great Barrier Reef lagoon, which will destroy marine habitats, the local fishing and tourism industries and the businesses and jobs that go with them.

“I'm proud to join the Over Our Dead Bodies team in drawing community attention to a destructive dinosaur development that simply must be stopped.”