City and country united against coal seam gas at a community forum at Queensland’s Lockyer Valley at the Darling Downs today.

Several hundred people attended the Locker Valley Regional Council’s event at Grantham, warning the State Government that it would have a tough fight on its hands if it tried to open up the region’s valuable farming land to gasfields.

Corruption and questionable links between mining companies and the government were common themes of the speeches. Other issues included protecting our foodland, water and clean air from a gasfield invasion, as well the need to galvanise the Lockyer community in joint action.

The Premier, Campbell Newman and his deputy, Jeff Seeney and ALP representatives were invited to the event but did not attend.

Mayor Jones said around 95 per cent of Australia’s winter vegetables were grown in the Lockyer Valley’s rich, fertile soil. “We are not going to put up with that csg bullshit here,” he said.

Mr Hood called the Lockyer Valley “this region’s Great Barrier Reef” and it must be protected to avoid food shortages across the country. “The time to act is now,” he said.

“It’s ludicrous that csg tenements exist near the Wivenhoe Dam which is Brisbane’s drinking catchment and on the foodbowls of the Lockyer Valley and the Darling Downs,” Mr Hutton said.

In a passionate address Alan Jones said: “If you’re on the land you’ve just got to join Lock the Gate and put a sign on your property to keep mining companies out because csg is everywhere. We will never give in because good people deserve a voice.”

The Queensland Sadies, an all-singing all-dancing troupe of political “cleaners,” also attended to highlight the need for political transparency.

Lock the Gate will continue the battle for democracy and transparency in Queensland’s political system at a Q&A television-style forum at The Old Museum in Brisbane on Saturday, November 29. 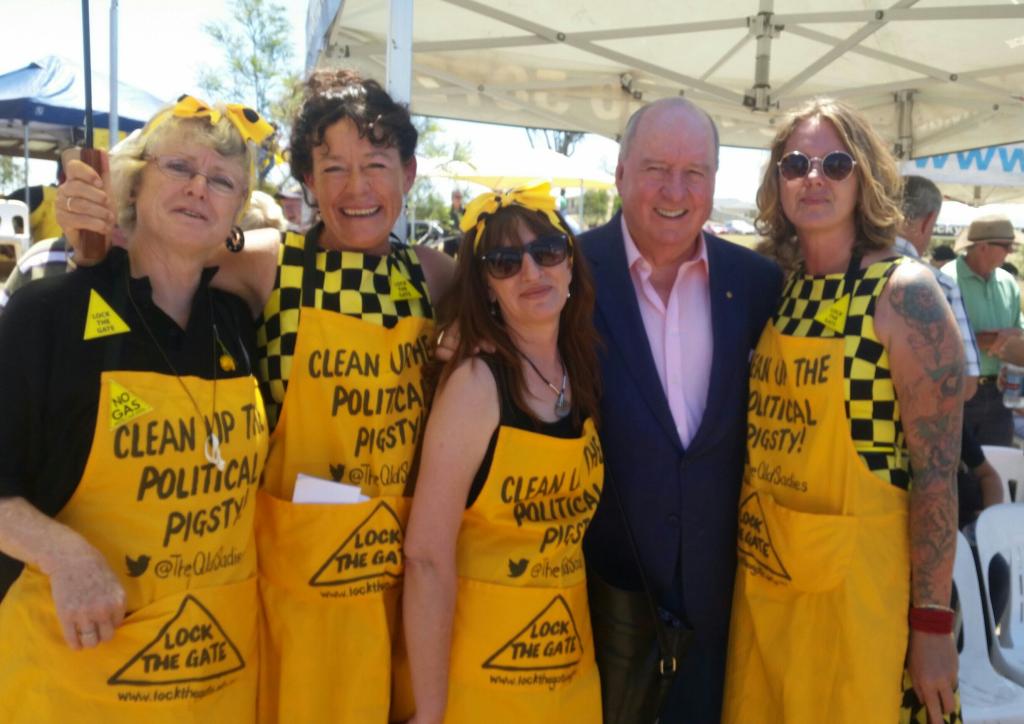