Maules Creek residents have been stopped from attending Good Friday Church services due to NSW Police road blocks near Boggabri in the north of the state.

Long term Maules Creek resident and Boggabri Parishioner, Wilma Laird, was told to go home or make the trip via Narrabri increasing the round trip by 160 kms.

"If I went via Narrabri, there was no chance I could make the 11 o'clock service in time. I just had to go home" said Mrs Laird.

"I have been attending Good Friday services in the Boggabri Parish for 77 years and I've never been stopped at a Police road block before. It's outrageous." 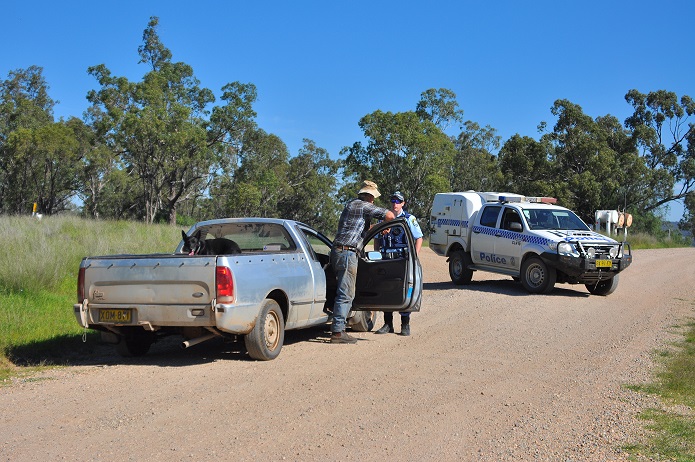 The Police roadblocks have been setup to prevent ongoing protests that target the controversial Maules Creek coal mine operated by Whitehaven coal.

"I feel like my civil liberties have been violated. This is not China that we are living in. Whitehaven coal might be planning to ship coal to China but we don't live under Chinese rule yet" she said.

Nearby resident, Roselyn Druce has also been stopped.

"Previously the Police have stopped and searched my vehicle, carried out ID checks and prevented visitors from travelling to my property" said Ms Druce.

"Today they prevented family from coming to my place, on Good Friday"


"New South Wales is officially a police state, firmly in the grip of the mining companies. The rights of every day people at Maules Creek are being trumped by the interests of Whitehaven coal."

"These people trample over anyone and everyone to make their profits. The state gets its cut and people don't trust governments anymore. This isn't a movie, this is real" she said.