December 1 will mark  the 100th consecutive week the Sydney Knitting Nannas and Friends have been protesting and drawing attention to the disastrous Santos Narrabri CSG Project.

By knitting,  talking with many people about Santos, leafleting,  and collecting thousands of submissions; the Nannas have raised an awareness in the heart of Sydney about this project.

The Sydney Nannas have also brightened up Martin Place with their yellow presence and Ecopella songs.

Come along and celebrate with us, as we send Santos a strong message that we don't want their invasive gasfield!

There will be speakers from the North West of NSW, and various NGO's, and there will be music and cake!

Wear yellow and black (to support the knitting nannas) and bring a sign telling Santos we don't want their destructive CSG projects.

We will meet in front of the channel 7 building Martin place  at 11 am then march to Santos office at 1 Macquarie Place
Sydney 2000.

We hope you can join us! 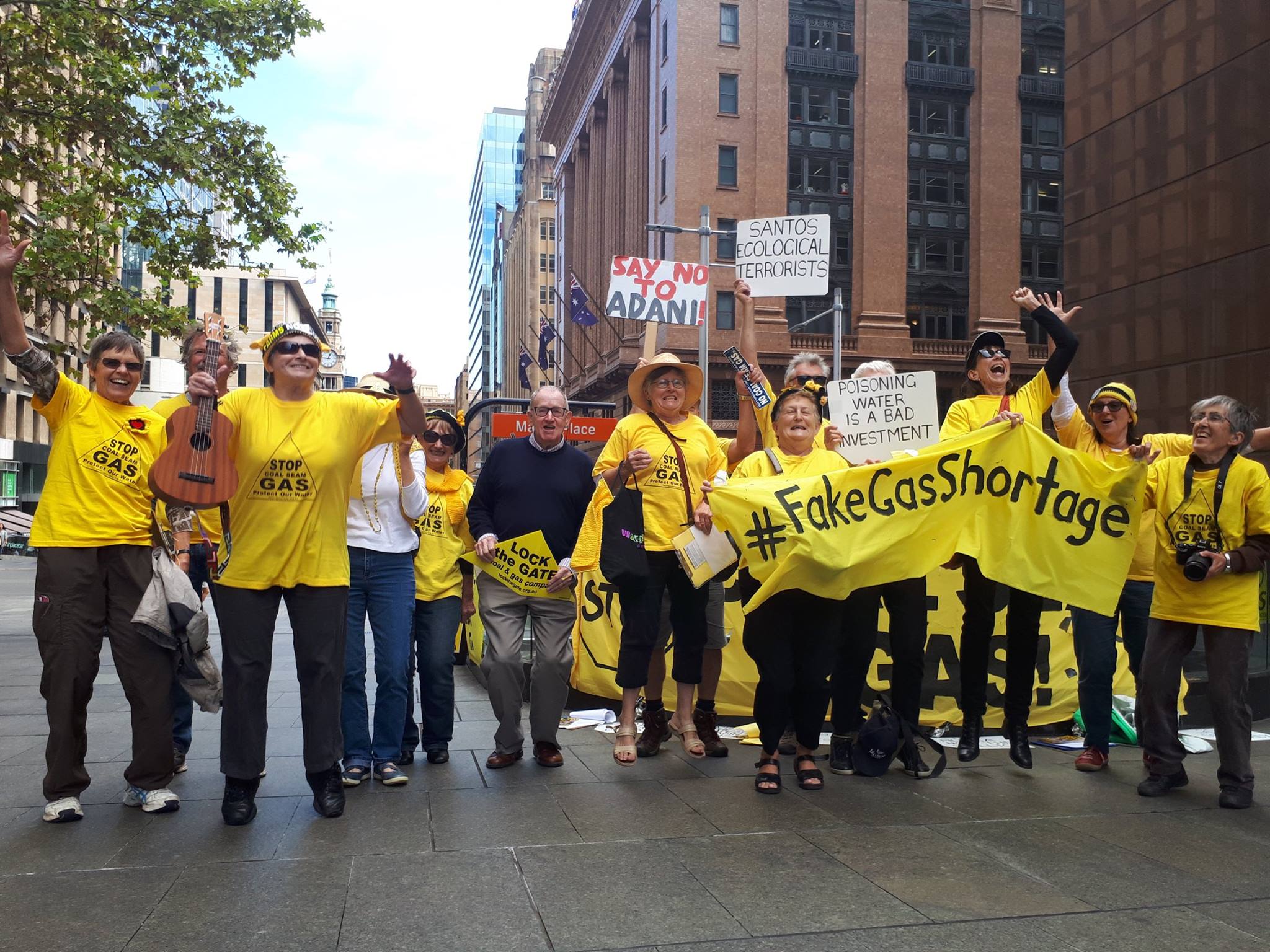