New Hope Coal paying royalties to themselves: Queensland communities left out in the cold

New revelations that controversial mining company New Hope Coal has been paying royalties to themselves has sparked community outrage, and led to calls for the Palaszczuk Government to reject the Acland Stage 3 coal mine expansion.

The project has already raised alarm bells because New Hope and associated companies have donated up to $950,000 to the Liberal Party in the last term of government.  Over the same term, the Queensland LNP reversed its opposition to the mine expansion.

The general issue of the control and regulation of political donations has emerged as a contentious one again recently with new 'cash for access' allegations by the ABC 4 Corners program last week.

“Revelations that New Hope Coal are paying themselves royalties at their coal mine at Acland are highly disturbing,” said Lock the Gate president, Drew Hutton.

“In many older land title areas in Queensland, royalties are sometimes required to be paid to private landowners if they have title to the subsurface.

"This is the case at Acland on the Darling Downs, where the miner New Hope Coal has purchased the majority of the land earmarked for mining and hence pays royalties to itself.

"The Queensland Government should not be approving coal mine expansions that impact severely on people and the environment, when they do not even provide a return to the taxpayer.

“The community of Acland has been ignored by consecutive governments. This mine has done irrevocable damage to the local community, put local groundwater at risk, ruined rich agricultural land and displaced agricultural businesses.

“The first two stages of the mine caused the removal and destruction of 54 local homes and the purchase of up to 80 surrounding family homes.

“This community has paid the ultimate price for Acland Coal mine, while New Hope Coal has been lining their own pockets with the royalties.

“The Queensland Government should move swiftly to rectify this devastating situation and reject the proposal for the Acland Stage 3 coal mine expansion.”

To see a copy of a letter from New Hope Coal admitting how few royalties they will pay to the Qld Government, click here. 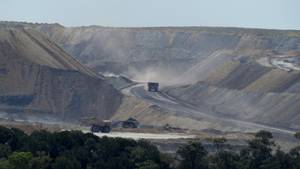