Aboriginal Traditional Owners from the Northern Territory and Seed Indigenous Youth Climate Network protested at today’s Origin Annual General Meeting in Sydney, making a stand against the company’s plans to frack the NT.

The company is facing increasing pressure to back down from their fracking gasfield exploration activities in the Northern Territory, already on hold while the NT Government oversees a scientific inquiry. 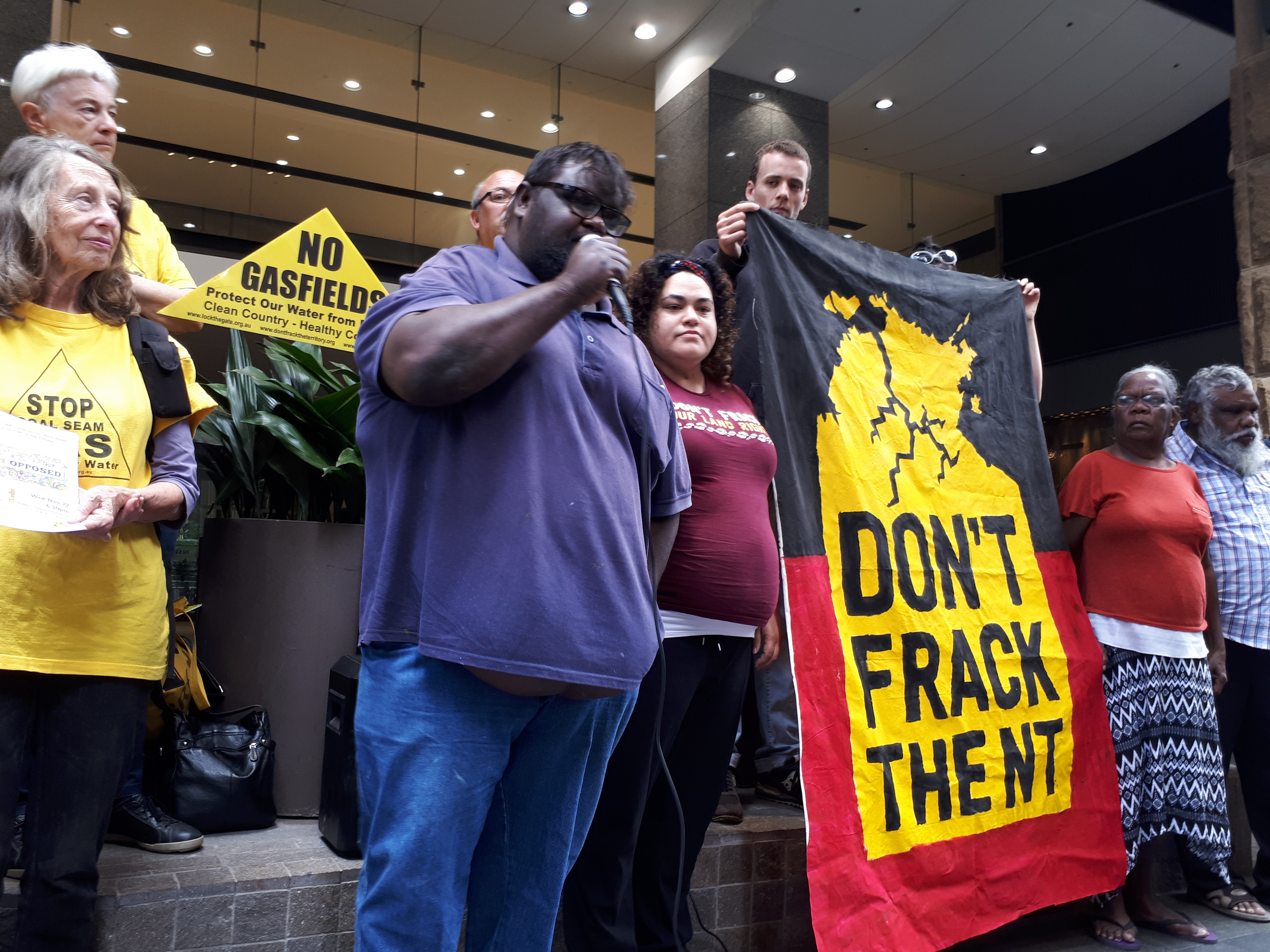 Garawa Traditional Owner and Lock the Gate spokesman Gadrian Hoosan has travelled from the Gulf Country of the Northern Territory to speak out about Origin’s plans.

“I’m here to let everyone know that in the Gulf Country and right across the Northern Territory, Traditional Owners are working together to fight fracking.

“Traditional Owners from Mudburra, Jingili, and Garawa families have teamed up against Origin’s fracking plans in the NT. We are saying loudly and clearly that we won’t have fracking.

“Origin and the other fracking companies want to come over and destroy our country. We are not going to let them put frack rigs across our lands and water systems.

“Origin investors need to know we will continue our fight until we get real protection for our country, water and communities from the damage that fracking promises.

“We are standing up for all future generations, because they are going to need to drink that water,” he said.

Larissa Baldwin from Seed Indigenous Youth Climate Network said, “Origin Energy wants to be the first company to open up the Northern Territory to dangerous shale gas fracking. Many communities across the NT are joining the call to ban shale gas fracking for good.

“We’re working to raise the voice of Traditional Owners standing strong to protect country from fracking, and together we’re fighting for an all out ban on fracking across the NT.

“Many Traditional Owners in the Territory are seeking to raise awareness that their country is ground zero for the battle to protect water from fracking gasfields in the NT,” she said.