Lock the Gate Alliance will front a hearing of the Agriculture and Environment Committee in the Queensland Parliamentary Annex today to put the case that the state's groundwater resources must be properly protected from mining.

The Committee is considering the Environmental Protection (Underground Water Management) and Other Legislation Amendment Bill 2016.

Carmel Flint from Lock the Gate Alliance said, “The Newman LNP Government was a disaster for groundwater resources in Queensland, moving to hand mining companies a legal right to unlimited take of associated water.

“We’re pleased to see that the current ALP Government has taken some important steps to reverse the worst aspects of the Newman era big mine water grab with this new Bill.

“However, we will argue today that the ALP Government could and should go further and that water for agriculture and food production must be prioritised over mining, not the other way around.

“Unfortunately, moves on Monday by Minister Anthony Lynham to fast-track the Adani Carmichael coal mine as ‘critical infrastructure’ runs counter to this Bill and will severely weaken groundwater assessments and landholder rights.

“It is our groundwater resources, not a dubious foreign mining venture, that is the true critical infrastructure that is absolutely vital to the future of Queensland.

“The Qld Government needs to stop using groundwater as a political plaything at the mercy of mining giants and instead protect it as our most precious long term resource on which the state and its people depend,” she said. 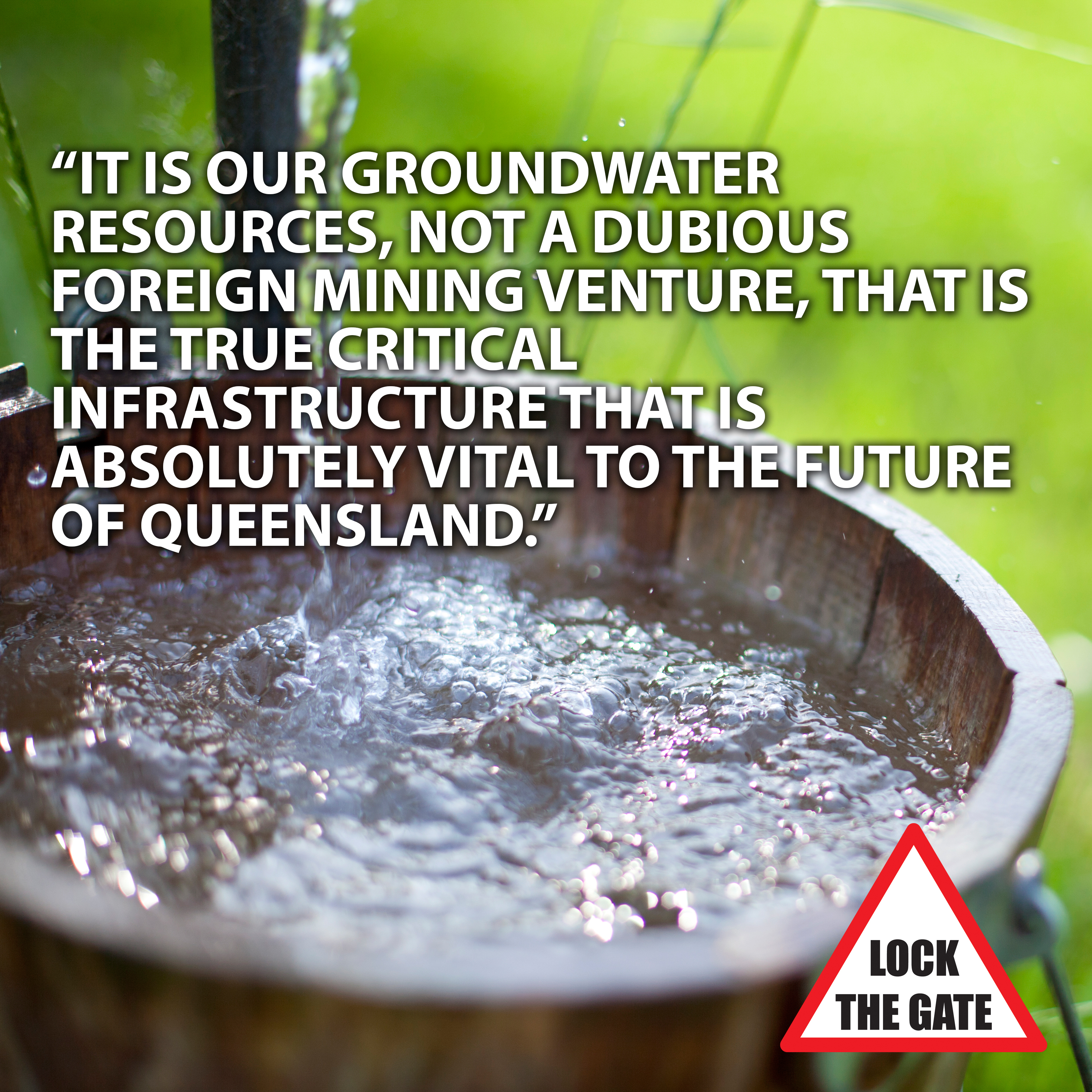