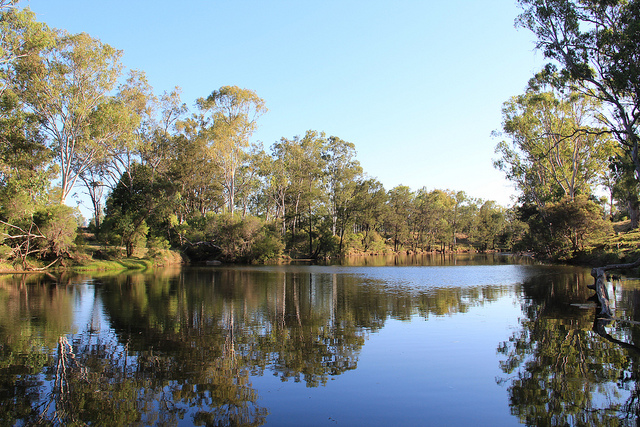 The Queensland Government’s promise to protect food-producing and farming land from mines  is being put to the test by several current coal proposals according to the Lock the Gate Alliance.

More than 5,000ha of agricultural land is under threat of being undermined or open cut for two coal mining proposals in Central Queensland, presenting the first test of the Government’s commitment to protecting farmland from mining, after the repeal of the Strategic Cropping Land Act.

Submissions close today on the environmental impact statement for the controversial Teresa Coal Project in the Bowen Basin. This underground coal mine proposal would lead to the loss of 2,781 ha of highly-productive cropping land through subsidence, altered hydrology and mining infrastructure, according to the EIS.

On Monday, submissions open on the nearby Rolleston Coal Expansion where open-cut pits and other mine developments will directly impact 3,942ha of Class A “Good quality agricultural land.” Haul roads and infrastructure will bisect important agricultural areas and six new open cut pits will destroy highly productive cattle grazing areas

Lock the Gate’s Central Queensland spokesperson, Ellie Smith said the government was saying one thing, but doing another.

“The State Government talks about protecting what remains of good quality agricultural areas from mining: well,these two proposals are completely inappropriate mining developments, and we’d like to see the Government rule them out completely,” she said.

Ms Smith said LNP policy states that they ‘will not allow new open cut mines on Strategic Cropping Land (SCL), or new underground mining, coal seam gas, or other resource projects on SCL, if it is likely to have a significant, adverse impact on the productive capacity of that land.’

“Approval of the Teresa mine would be utterly contrary to that LNP policy,” she said.