In another example of why Queensland needs a Senate Inquiry, Lock the Gate Alliance has been banned from holding a democratic event at State Parliament.

The group learned last week a ‘People’s Debate’ it planned for Oct 28 “will not be permitted” because it “is inconsistent with the dignity of the Parliament”.

The Queensland People's Bill debate will be held at State Parliament on October 28. Come along to our serious fun debate to bring back fairness to Queensland's political system. Mining giants and multi-national corporations have so much influence over our government that families and communities are no longer getting a fair go. Food, water, air quality and communities are at risk from unsafe and inappropriate coal and gas mining. It’s time to bring back democracy for all.

Prominent barrister, Stephen Keim SC, said of the Bill when he officially launched it last month:

“When there is such a huge gap between what is desirable to many people and what is politically possible, our politics needs some kind of renewal. We need more people to get involved in political action. We need people to be generating and expressing ideas. We need a people’s movement.”

Lock the Gate’s spokesman, Drew Hutton said it was “another sad day for democracy” in Queensland. “The whole idea of the People’s Debate was to highlight the fact that the State Government has eroded Queenslanders’ rights and given almost unlimited powers to big business, particularly mining companies,” he said.

“This ban is a desperate attempt by the LNP to stop a light being shone on the unfairness of the current political system that is putting our water, foodland, communities and way of life at risk.”

“Queensland has no Upper House to review this government’s unfair and dodgy dealings,” he said. “One of the things we are pushing for with the People’s Bill is the return of the house of review to maintain checks and balances, so obviously absent.”

He said the debate would still be held on October 28 at a different venue. See here for details of People's Bill and watch the 3 minute video here: https://vimeo.com/103762184 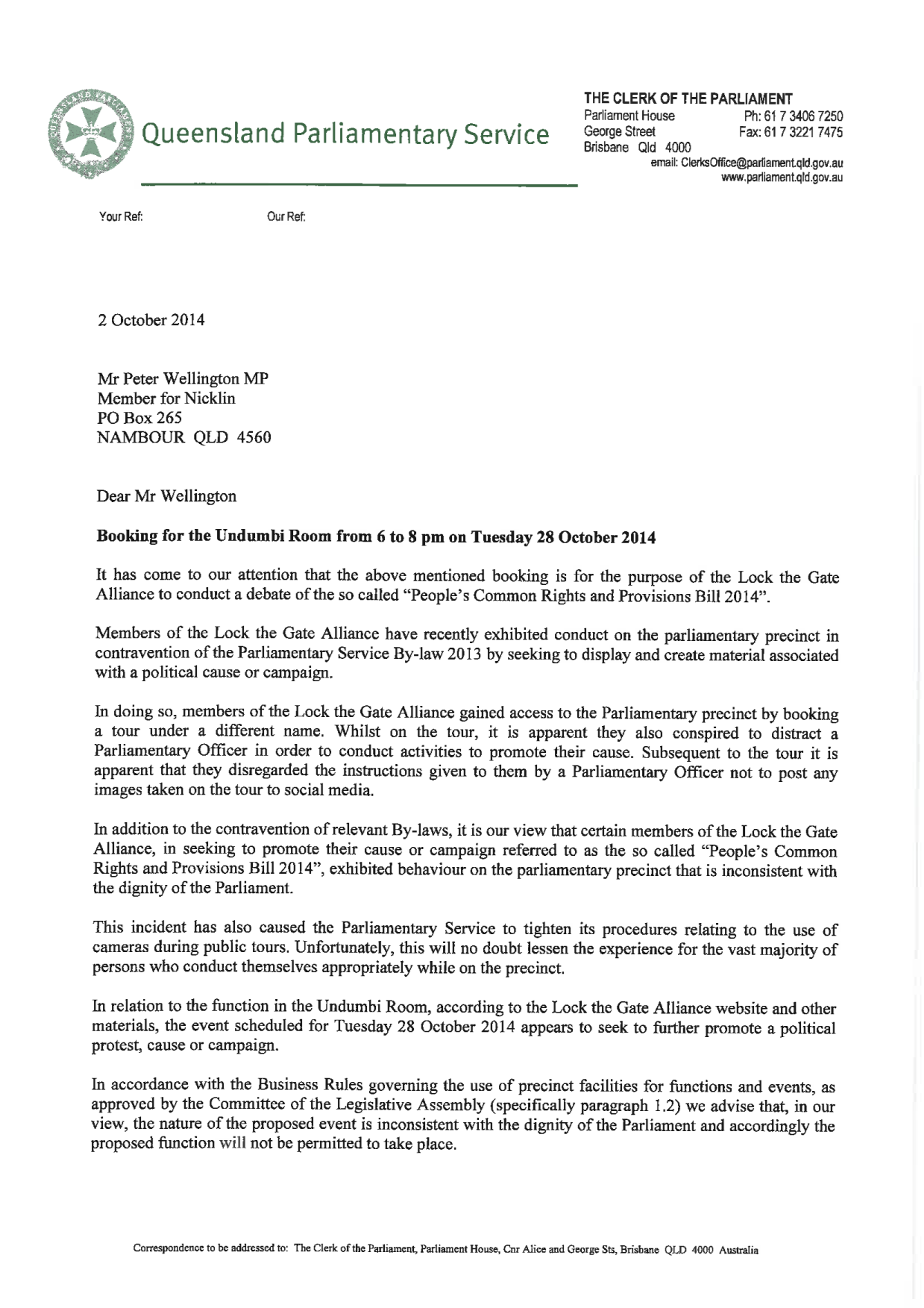