The Queensland Sadies were greeted by a ‘welcoming committee’ of seven police officers who apparently enjoyed the show outside the Biloela office of Deputy Premier, Jeff Seeney, the LNP member for Callide and Minister for State Development, Infrastructure and Planning.

The all-singing, all-dancing Sadies’ troupe reckon his office is one of the most urgent in need of a clean-up considering some of the draconian legislation and proposals that have come out of it.

SpokesSadie, Vicki Perrin said the State Government’s back-dating of legislation and the removal of people’s rights to object under the proposed Mineral and Energy Resources (Common Provisions) Bill 2014 were “worrying”.

“Landholders won’t be able to object in 90 per cent of cases of mining proposals which is totally undemocratic,” Ms Perrin said. “The Queensland Sadies agree with former Royal Commissioner Tony Fitzgerald’s belief that the LNP has flaunted its disdain for democracy and good governance.”

Changes to the Water Act give preferential access to the petroleum and gas industries and allow unlimited volumes of water to be extracted, while others’ access - including farmers - is capped, she said.

"Communities are being left as the collateral damage of mining companies. Communities and the Queensland tax payers will be left to clean up the mess. The Queensland Government has become Newman Mining Incorporated with the lines blurred between what is good for Queenslanders what is good for mining profits. Nowhere is safe from these invasive and destructive coal mines and gas fields. Ground water contamination is a huge worry and nobody knows how to clean that up,” she said.

The Queensland Sadies endorse the alternative People’s Common Rights and Provisions Bill 2014, which was tabled in the empty Upper House Chamber in the Queensland Parliament House earlier this month.

They left a copy of the Bill for Mr Seeney and an invitation to debate it in Brisbane on October 28. 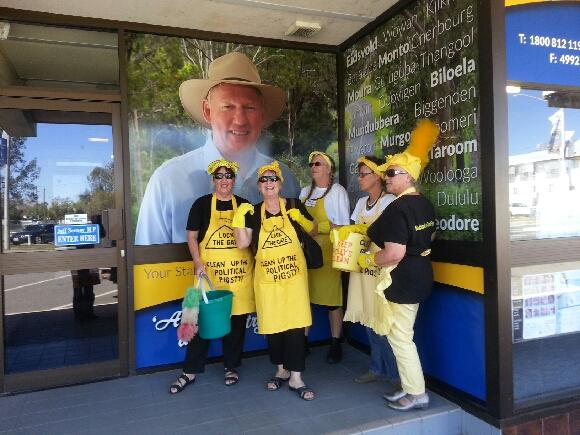 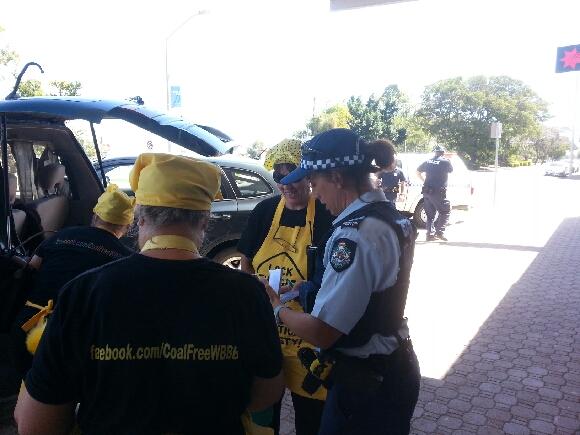