The Queensland Sadies sang and danced their way around State Parliament today to protest against the state’s newest law that takes away our right to object.

The troupe of “political cleaners” hopes to shame our politicians into being more transparent and accountable and less inclined towards dodgy deals, especially with the mining industry.

The Sadies took aim at state politicians for last night passing the draconian Mineral and Resources (Common Provisions) Bill which will take away rights to object in 90 per cent of mining proposals.

Sadies spokesperson Julie Devine said that the Sadies would hold the LNP government to account for passing the Bill.

“The Sadies believe many LNP seats across Queensland will fall directly because they passed this draconian bill,” Ms Devine said. “But we will also be demanding the ALP declare publicly that they will rescind the Act, should they win government.”

She said Brisbane’s drinking water was not safe from mining with the Somerset and Wivenhoe dam catchment areas under threat.

“Queenslanders should support Lock the Gate’s People’s Bill aimed at restoring democracy, transparency and the right to say ‘no’ to mining,” she said. 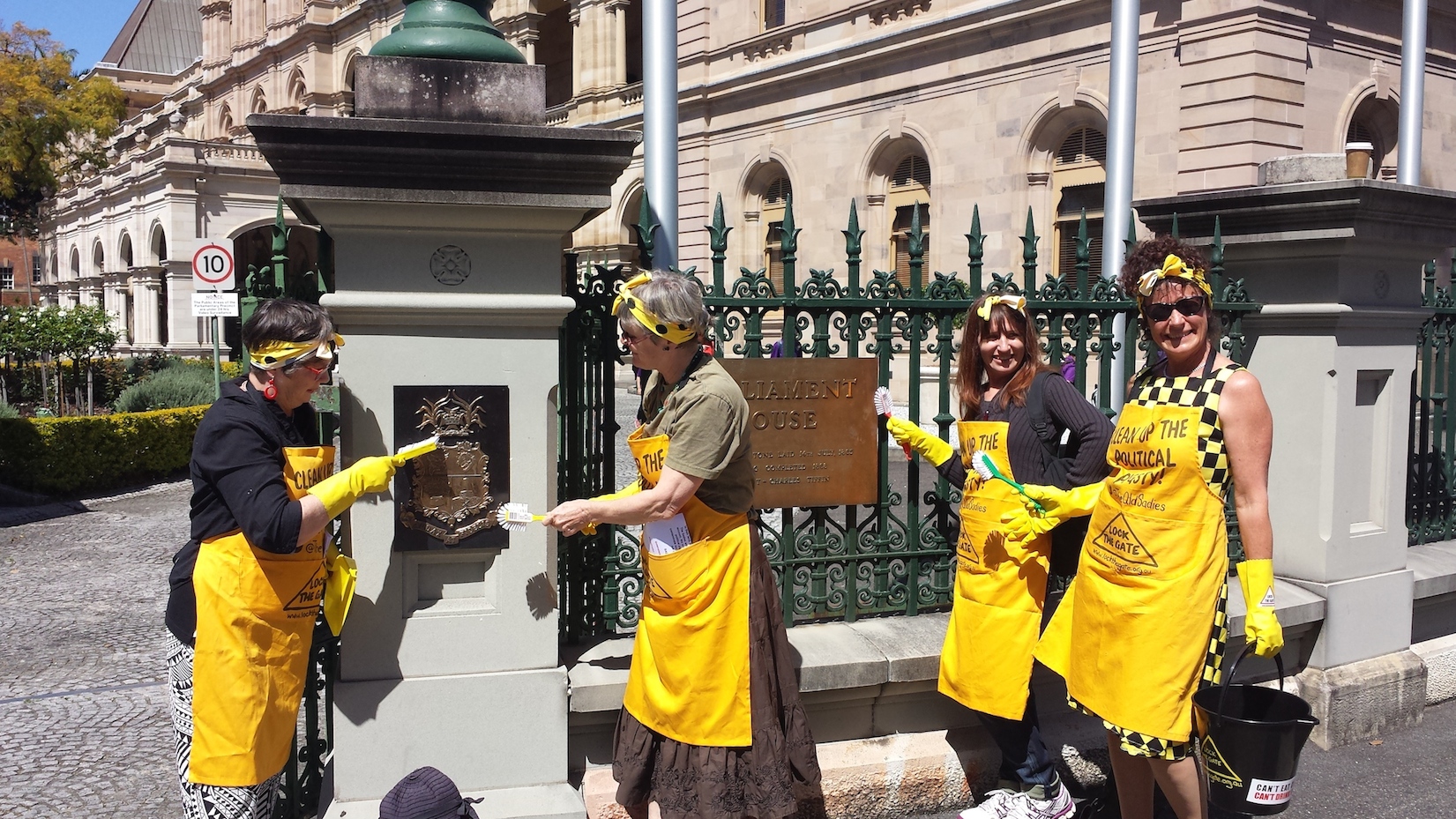